The Syrian Army took responsibility for the recent series of airstrikes on oil tankers and facilities belonging in the Turkish-occupied areas of Al-Bab and Jarabulus in northern Syria.

According to Syria’s state-run news agency SANA, the destroyed facilities and oil tankers were belonging to Kurdish organizations that smuggle Syrian oil through tanks through the Turkish-occupied area of Jarablus and Iraq’s Kurdistan Region to Turkey. The SANA report emphasized the hypocrisy of this approach recalling that the Kurdish leadership has repeatedly declared that Turkey is their enemy.

The SANA report added  that the Syrian Army will take strict measures against any kind of these activities.

Andrei
Reply to  klove and light

Stop saying that Jewish are guilty..
Only a small percentage from elite Jew are supporter of wars.
You should smoke some weed to calm the fuck down..
I have absolute respect for anyone in the world as long they don’t kill others for theirs goals..
America, Jewish, Christian’s,Hindus and any others, they are not supporting wars..
No respect for bankers for companies that dosent believe in morality,,government ho denies human rights,

yep and the ulterior motive for the jewish lobby in london to besmirch Corbyn is that he is primarily a palestinian supporter and that would be devastating for the jews if UK changed side and went all native, all palestinian.

The jew settlers tho… That’s not a small percentage

Many of them homeless east-europeans. Many more non-Jews at all, considering those settlers.

they are all complicit whether they are in squatterland or embedded in say outside societies, like london or paris and the best way forward is to terminate the illegal settlement israel and send the squatters onto their second diaspora replete with pogroms. since they’ve earned it and forfeited any right to be respected by the world atlarge. end the illegal occupation of palestine and return the land to the rightful owners, the palestinians.

roland
Reply to  klove and light

THAT’S THE WAY TO DO IT…

This was five years ago.

Yup…Bombs must have gotten even smarter in all these years right?

Raptors obviously tend to desintegrate right in front of your eyes…

Smuggling that oils is illegal, that oil belong to Syria. It was a good move, you can’t just let or treat pirates with words, but bombs.

Trump said the oil belong to the US and he is dead wrong about that as it belongs to Syria.

How do these single axle trucks get traction? In the US any truck pulling a trailer so heavy it needs three axles would be a tandem axle. Haven’t they heard of an inter-axle drive shaft? From the looks of things the roads there aren’t all that good and it rains and snows there too.

We got truck something like that bring palm oil without problem, that thing maybe just hauling 5000litre, so there are no problem for such truck like that

sometimes it arrives without any axils at all.. which fell off at the top of the hill..

Looks like this is going to put a big crimp in somebody’s style.

It is on a daily basis!

These punks yelling all around, are actually SNA Wahhabis, that sells this to Erdogan’s regime. Oil came from mercenaries occupied refineries, to SNA.
Every single per day 30 million dollars.

Latest estimate was 30 million per month.
Mostly taken to Kurds in Iraq.

Erdogan and his son are specialists on smuggling from Syria since the beginning of this war. So, nobody is surprised about this news. Smugling will continue as far as Turkey (NATO member) be in Syria. Of course, USA already are in this business already. This is very well known by Russia.

If the US is smuggling its because Trump is a criminal and so is the Republicans. Is Russia into smuggling also. One things I hate is a corrupts leaders like Erdogan Putin and Trump

Yeah sure, the republicans started the false Arab spring right plunging Syria into a civil war? Strange as i thought it was Obama.

If the Dems had one it would be business as usual with no US pullout.

The Kurdish KRG in Iraq are helping the Turks fight the PKK and YPG operating in Iraq, so I don’t think it’s actually the YPG selling the oil to the Turks, I think it’s more likely to be members of the Kurdish KNC, they do have a good relationship with both the Iraqi KDP/KRG and the Turks, unlike the YPG who is in fact Turkey’s mortal enemy.
But then again greed can sometimes make the most unlikely scenarios become an unexpected reality, perhaps it is indeed the SDF leadership selling oil to Erdogan, cashing up before they retire to the US or France to live out their lives in luxury, and leaving their clueless minions to wonder what the hell happened to them after they all suddenly disappear.

I don’t think the Kurds are helping the Turks as the Turks went in to Syria to kill the Kurds as they were helping the US troops to get rid of ISIS and then Trump pulled out our Troops and then the Turks went in.Trump is friends with the leader of Turkey and Trump has two hotels in Turkey.Trump also is a friend of Putin which we don’t like.Some of us don’t trust Trump and don’t like his policies.Trump is being impeached now by the Democrats.Trump only cares about money.

Crooks throughout the world have no allegiance to anyone but themselves.

They will plunder and sell stolen goods to all, including their enemies.

There’s one really important thing you haven’t noticed about Trump, way less people have died while he’s in power, way less than under Obama, the Bush’s, and Clinton, so I suppose it comes down to what you consider important, for me a less interventionist US president is just exactly what the world needs right now and trump fits the bill perfectly.

We don’t need a man like Trump as he more like a mafia mob boss.He lied to the American people every day .I want a honest man to run our country.

Mafia bosses have lots of people killed, just like Obama, Bush and Clinton did, so Trump doesn’t make a good mafia boss, not enough people die under his administration.
The LGBTQI controlled media is at war with Trump, Trump’s anti LGBTQI agenda is the real reason the MSM is trying so hard to discredit him with their salacious accusations of wrongdoing.
I watched how the democratic party in the US used liars and fraudsters to try and discredit one of Trump’s nominations for the US high court, talk about a bunch of crooked liars, they tried to tarnish an honest man with baseless accusations of moral wrongdoing just to gain a political advantage, they should all be taken out and shot for their attempted perversion of the Judicial system, legally shot by an officially decree that is.
Trump’s not the smartest man in the world, or the most honest, and he doesn’t seem to have any redeemable virtues at all except for one, his aversion to killing innocent people, and that’s the one that wins me over. I don’t like evil murderers, and up until Trump was elected that’s all the US has had for leaders, purely evil murderers, especially Obama and Bush junior.
All Trump has to do now is form an alliance with Putin, and together fight their mutual enemy the LGBTQI controlled western MSM, who are the real peddlers of perverted lies and misconceptions.
Even though I have no say in the matter I’m still praying to God that Trumps gets re elected, maybe even less innocent people will die next year if he is.

Don’t worry – we’ll just print more money for ourselves. It’s pretty much free. That’s always worked in the past. What could possibly go wrong?

…but… we’ll just… print more to make up for inflation. Our central bank, the Federal Reserve, says nothing to worry about. They sound legit. Of course, they get a small percentage of the newly-printed IOUs for their trouble, but what’s wrong with making a few honest shekels?

I am told that a soft feel US $50 bill is soon to be produced for dual use by Israel / US dual citizens because they get the soft rolls free from the US Goyim.

That’s a LIE. We give them BOTH the extra-plush and the soft-and-strong 3-ply versions of the $50 Federal Reserve Note for free. They prefer the mega-rolls. Anyone that tells you something else is your enemy.

You and all of the Goyim conscripted US taxpayers are the most generous in the whole world toward your dual citizens.

With the political guidance of your dual citizens, all of the US will eventually have the ‘New Green American Dream’ as we now see in downtown parts of California where the streets are literally ‘Paved in Shit’.

Its about time that your US dollar bills were printed in LGBT rainbow colors as well.

Thats right, blow it up. Hit the infrastructure of the oil fields, that fool Trump will be dumbfounded by that action. Keep those fields unproductive and the Americans will cut out. 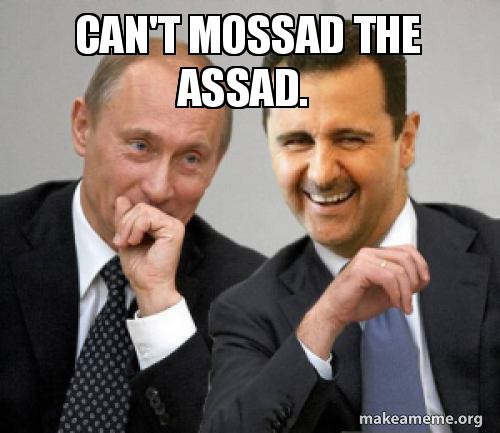 There are over 22 armed terrorist gangster factions competing for power & money in Syria; these terrorist factions in Syria are seeking financial gains via violent illegal means; U.S. must stop using our troops & money to support terrorists in Syria.

INTERNATIONAL LAWS PROTECTS AGAINST “STEALING” ANOTHER COUNTRY’S OIL !!!
Syria “OIL” – All Syria oil is legally owned by the Syrian government and/or in Syrian partnership with private companies; any individual, group or company that plunders Syrian oil must be arrested, prosecuted & jailed.

…AND IF OUR U.S. TROOPS CONSPIRE WITH ANYONE TO STEAL SYRIA’S OIL; OUR U.S. SOLDIERS MUST BE ARRESTED.

U.S. has already wasted $6 trillion on these unending “invader” wars.
VOTERS WANT THE TOTAL WITHDRAWAL OF ALL OUR U.S. TROOPS FROM SYRIA & IRAQ; VOTERS WANT OUR U.S. SOLDIERS HOME & NOT IN SYRIA OR IRAQ;
BRING HOME OUR TROOPS ALIVE NOW, AND NOT LATER WHEN THEIR DEAD LAYING IN A COFFIN.