On June 16, the Syrian Arab Army and the National Defense Forces have liberated the village in Hayat from militant groups in the western part of Latakia province.

Heavy clashes erupted in the province when pro-government forces launched a frensh offensive on June 14, seizing the village of Ayn Issa and preparing to advance on a major militant stronghold, Kabbani. 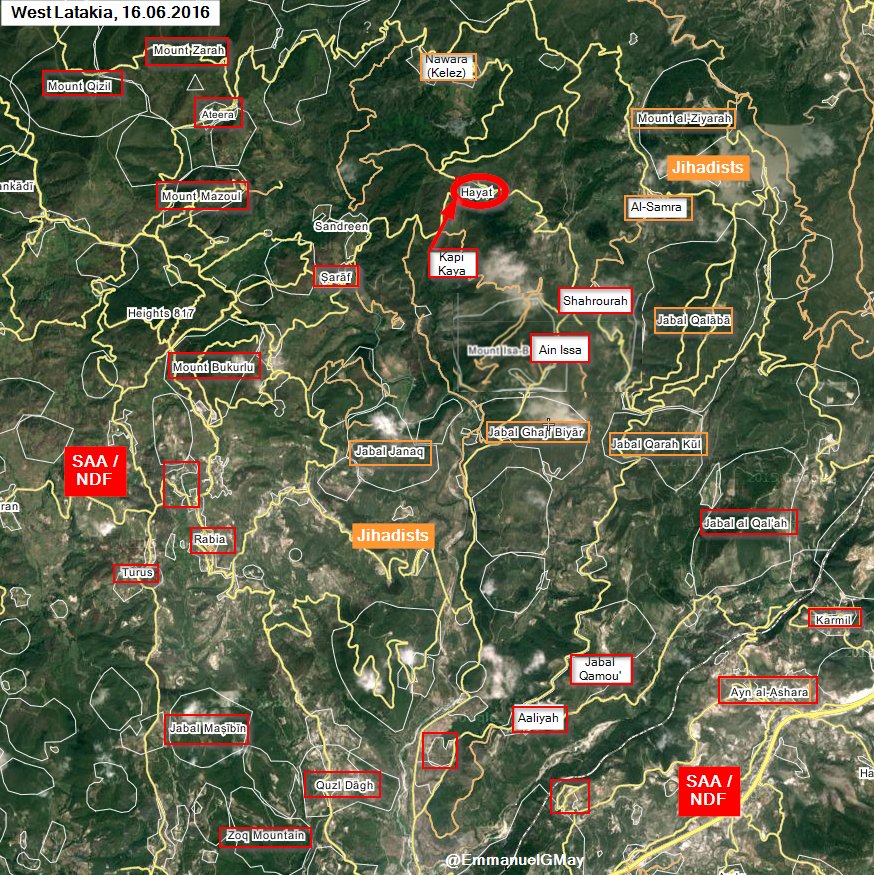