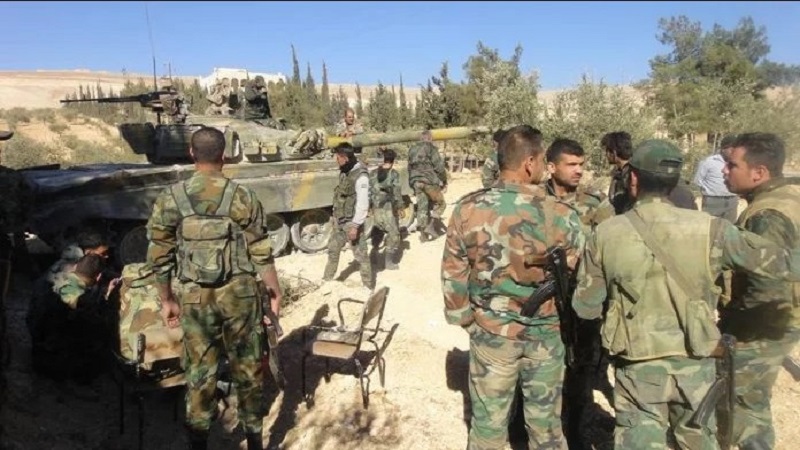 This push put government troops in about 5km from the area contolled by the US-backed Syrian Democratic Forces (SDF), predominantly Kurdish YPG units. 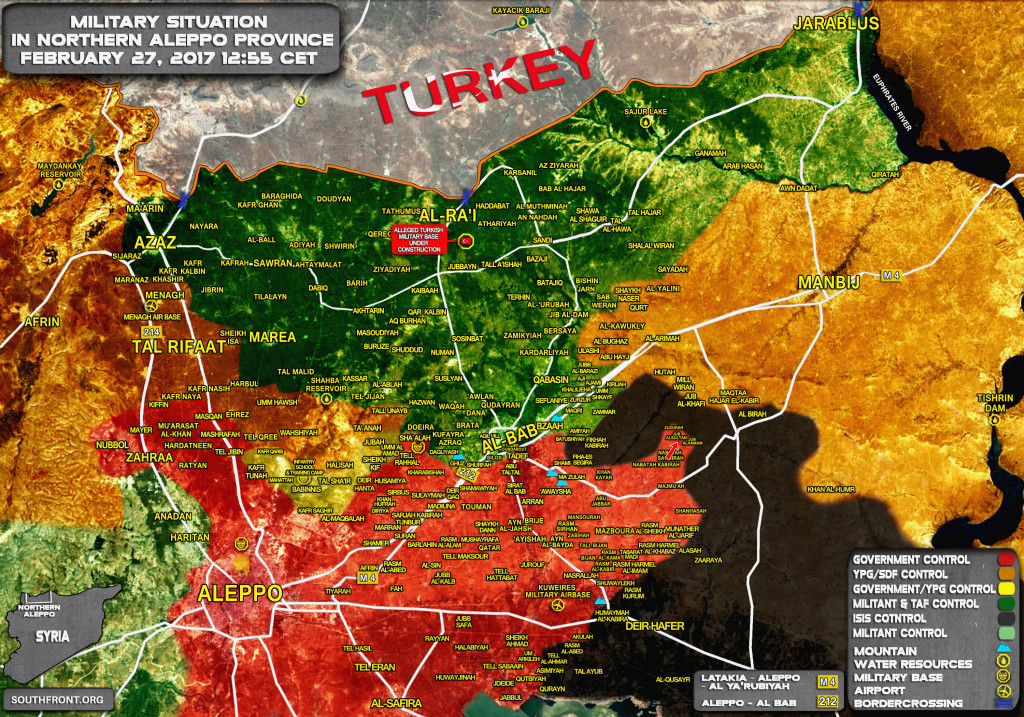 Excellent. This has been long overdue, and will be the next change in the dynamic of this war.

Let the Tiger force now passing through SDF territory and engage IS near Ma’adan and follow the river to Deir-Ezzor !

Excellent news, just exactly what everyone wanted…. to stop the turkyes and to stop SDF. Well done by Syria army

Syrian government seriously concerned towards Turkey and Israel that illegally occupying Syrian land and supporting militancy inside Syria against Syrian government. They also involved in attacks inside Syria on positions of Syrian allied military forces. All these dirty techniques should be immediately stopped.

Agreed.But SAA doesnt have capability to do anything against the Turks.Russia have but they refuse.I will say this again – Putin should say on which side he is.On Syria or on Turkey side

Why don’t they have the capability?

Because of the war.SAA lost 100 000 soldiers.A lot of their equipment also

Putin wants good relations with Turkey, and he will not risk going in war with Turkey bcs of Syria

That’s an opinion not a fact, I think Putin erdogan have an agreed policy, there to meet this week with Syria the meetings agenda

You’re mistaken. You don’t know anything about Turkish army. He is not an Erdoğan’a army. It’s a national army, based mainly on concripts founded during the National Salvation War by Atatürk. The only objective of the army in Syria is to block the US-Kurdish corridor to Meditteranian. He will never go to Rakka. Close your Ears to propoganda war lies. Plase look at the facts on the ground. 1- Turkey indirectly cooperate with Syria at the end, Halep victory came after. 2-Again Turkish and Syrian Arab Armies surround El-Bab, in the end, ISID fuck of from El-Bab and Tadif almost without even a single bullet shot. These are the solid facts

Russia and Iran seem to be seating on the fence and sort of managing the conflict making sure neither side wins especially Russia. Also Iran has been distracted by nuclear agreement carrots. Another cease fire is in the process of making by Russians oligarchs just to give another break to FSA and ISIS and make sure SAA doesn’t recapture too much of the lost territories. They need to appease Turkey in order to build the pipeline Iran has been courting Muslim Brotherhood. It seems it’s never dying love.

Whybdonthey need to appease turkey to build the pipeline?

Because the pipeline is supposed to go through Turkey since Bulgaria was not allowed to let it go through their territory by EU bureaucrats.

so what does turkey want in exchange for letting the pipeline go thru? some of syrias land?

Am reminded that the 1700s British East India company flag…was used to create the Masonic Flag of the 1776+ American Flag.

John Kerry and George Bush were Skull and Bones. …which Has legacy to Opium and Gun running of British East India company : )

The mid east was tumbled by Gamel Abdul Nasser. ….who broke the France/British extortion racket on the Suez Canal. Eisenhower thought Nasser a hero….then he was running like US Marines at Chosin Reservoir Korea…. England /France lost their duty extortion racket on Suez. The Colonial ride post WW 2. …gas only benefit the Intelligence community Who noticed Muslim Brotherhood : ).

Your nation is a death pit with nations exercising options on it, From weapons testing. …drone strikes. …..to energy/environmental extortion. Lucky for Syria there is more Fukushima there….

Syria is a side show. …..as Fukushima radiations kill the Oceans and cause Troposphere. …to bring death to the planet

Absolutely!! I hope Syria takes back of every single square inch of its country and keeps it

Numbers is not the problem – logistics and moral is. And both things have turned to the better. Also, Trustin Judeau is a turd.

Trustin is one of the smartest and coolest guys here. I 100% agree with him!

Im so happy! That was an Important step for our cause… and dont forget to digg in to the north! Dont trust the Turks….

This is great news, the war seems to have come to an end. It’s winding down. Peace for Syria!

I don’t understand how the Russians don’t puke when cozying up to Erdogan.