In the Latakia province, the government forces have captured the village of Ayn Issa and made attempts to take control of several high points that overlook the militant stronghold of Kabbani: Ruwysat al-Joz, the Zyiqat mountain and hill 1112. If the SAA is able to seize the control of these strategic high points, the liberation is a matter of time.

Meanwhile, the terrorists’ reinforcements came amid the Syrian Arab Army advances in the province. According to the Russian Defense Ministry, about 100 heavily armed Al-Nusra fighters were spotted arriving in the border region between Syria and Turkey. 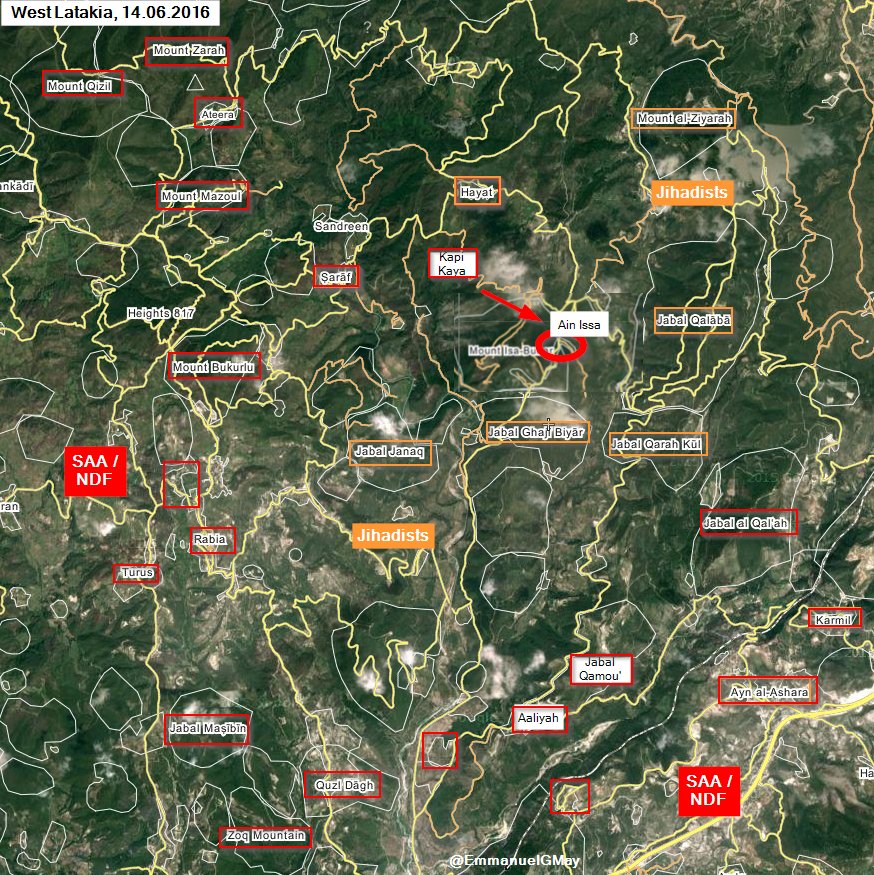