The Syrian Arab Army, the National Defense Forces and the Syrian Marines, supported by Russian warplanes, have retook more ground at the Syrian-Turkish border in the northern part of Latakia province.

By today morning, the loyalists have liberated the villages of al-Shahrourah, the Tal al-Hayat hill, 3 high points (502, 559 and 469) Clashes are ongoing in the al-Rowaisi mountains.

Meanwhile, Al Nusra, Jaysh Al-Turkmen and Jeish al-Fatah have launhed a counter-offensive in the area of Ain Issa. However, militants have not been able to pass the government forces’ defenses.

We remember, on June 15, pro-government forces advanced and captured some high points near the border with Turkey. The villages of Ain Issa and Hasam were liberated. 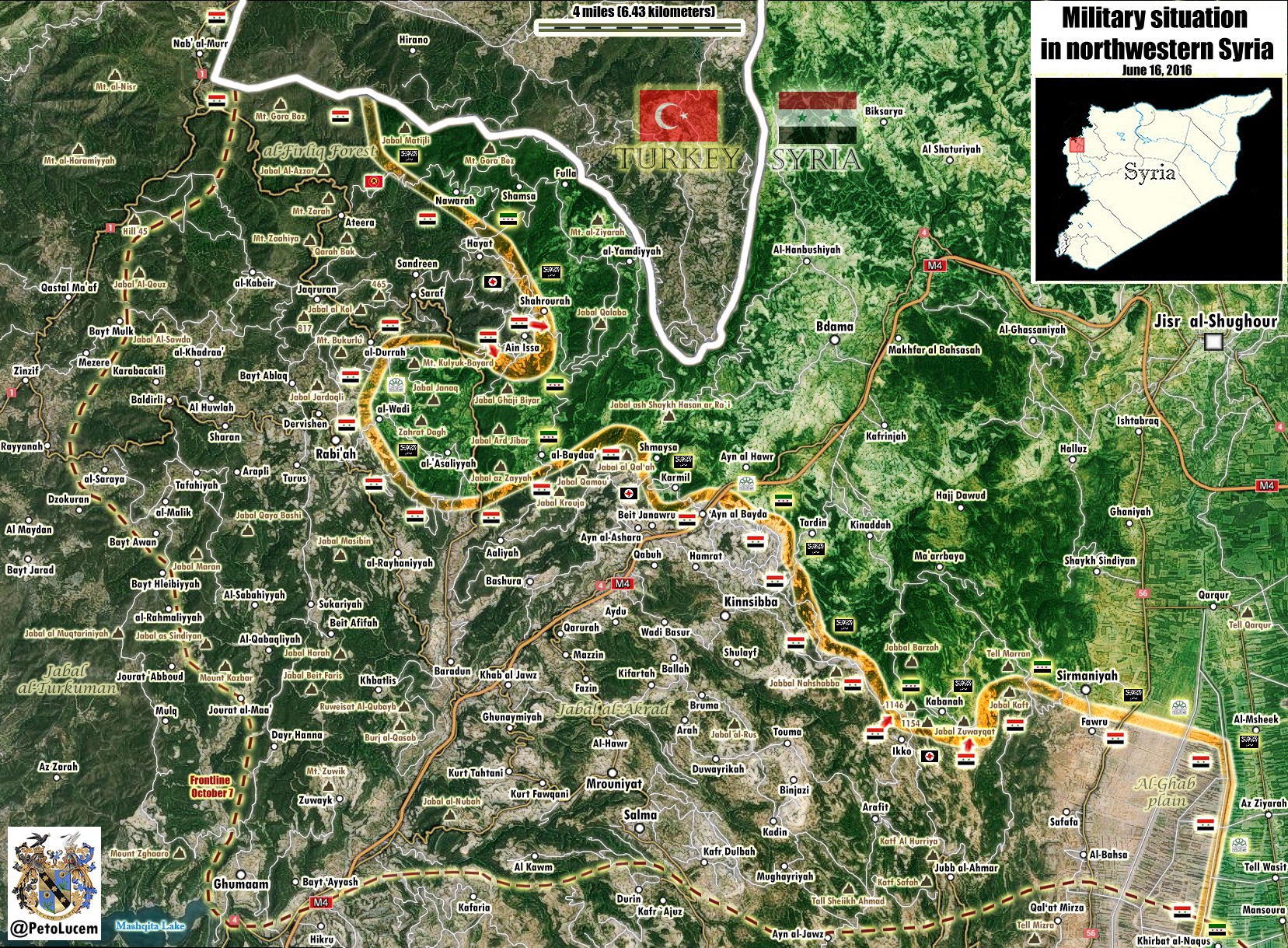