The Syrian Arab Army (SAA) shelled an observation post of the Turkish military around the town of Shir Mughar in the northwestern Hama countryside in the afternoon of May 4, according to the claims of Syrian opposition sources.

After the artillery strike, four Turkish helicopters entered Syria and landed in the observation post. Opposition sources said that the helicopters evacuated several injured Turkish service members, and possibly the bodies of soldiers, who were killed in the shelling.

Several videos showing white smoke rising from the Turkish observation post and helicopters landing in it were posted on social media by opposition activists. However, Turkey’s Ministry of Defense is yet to confirm the opposition’s claims.

Last year, the Turkish military established twelve observation posts between the western Aleppo countryside and the northern Lattakia countryside under an agreement with Russia and Iran. The posts were later tasked with monitoring the demilitarized zone, which was established around the northern governorate of Idlib.

If the attack is confirmed, this development will be a clear evidence that the army and its allies are planning to launch a large-scale military operation around Idlib, in order to put an end to the repeated attacks on terrorist groups hiding there.

Great news!! Go SAA this is the way

Turks have been “observating” how syrian soldiers get slaughtered by their terrorists for a while. Hope this marks a shift in Syria’s policies

Coming from terrorist mouth pieces, I’ll wait for reports from Syrian government coalition sources to confirm or deny this report.

Are you working from some Mossad cubical in Tel Aviv as a fake radical Islamist terrorist, or are you just some brain washed mental ward out patient suicide bomber wanna be for the Jews?

Im literally saying that every westerner on this forum is mossad.

And remember that mossads biggest enemy is AlQaeda Taliban and HTS.

Blaming AQ is the fundamental trait of the jew.

And westerners are the fundamental conduit for the kikes.

So again the beam is in the eye of the cucked westerner (because AQ is americucks worst nightmare).

Nope, that would be disinformation. It is rather obvious that Israel’s biggest enemies are Iran and Hezbollah – genuinely formidable state and non-state entities. In contrast, Israel actively supported ragtag al-Qaeda/al-Nusra/HTS militant factions based in the Golan Heights throughout most violent years of the Syrian conflict – supplying food, munitions, medicine and even paid salaries.

Iran is bigger than kikerael, and thats why its AlQaedas job to actually fight nato, and we are doing it successfully.

We are americas worst nightmare and consider nato as the jews.

Iran chose to support Palestine against Kikerael and sponsored Hezbollah and Hamas, in order that Iran be considered as part of the Sunni Axis against nato and kikerael.

So Ive been to both Iran and Turkey and likewise Turkey and Iran are Allies, regardless of what Assheadists try to do.

More nonsensical disinformation. NATO, the Gulf States and Israel have all variously sponsored sectarian Sunni factions in Syrian conflict since 2012, of which al-Nusra/HTS were one faction. Incidentally, Turkey is a member of NATO, and was the forward launching base for the whole NATO, Gulf State and Israeli proxy war against Syrian state.
In contrast, Iran, Syria and Hezbollah form what is now generally referred to as the Shia-Cresent – a demographic and political reality that deeply disturbs both Israel and Saudi Arabia.

Well however you say, you are still closer to the jews than Rebels and even isis ironically, and time will tell when you arent in Syria and We are.

Here’s your boss that you work for.
http://i2.wp.com/www.syrianews.cc/wp-content/uploads/2016/09/netanyahu-visits-terrorist-in-IDF-mash-unit.jpg

Im so adverse to zios I refuse to live in cuntrys allied with them (hint hint).

You live in americuck or europe, therefore you are closer to kikerael than even kikesis.

Im so adverse to zios I dont keep their images in my phone.

This is your Sunni Jew axis: 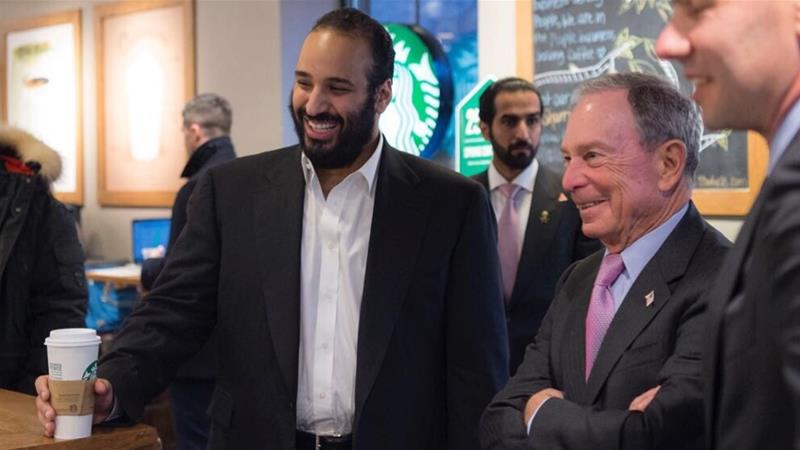 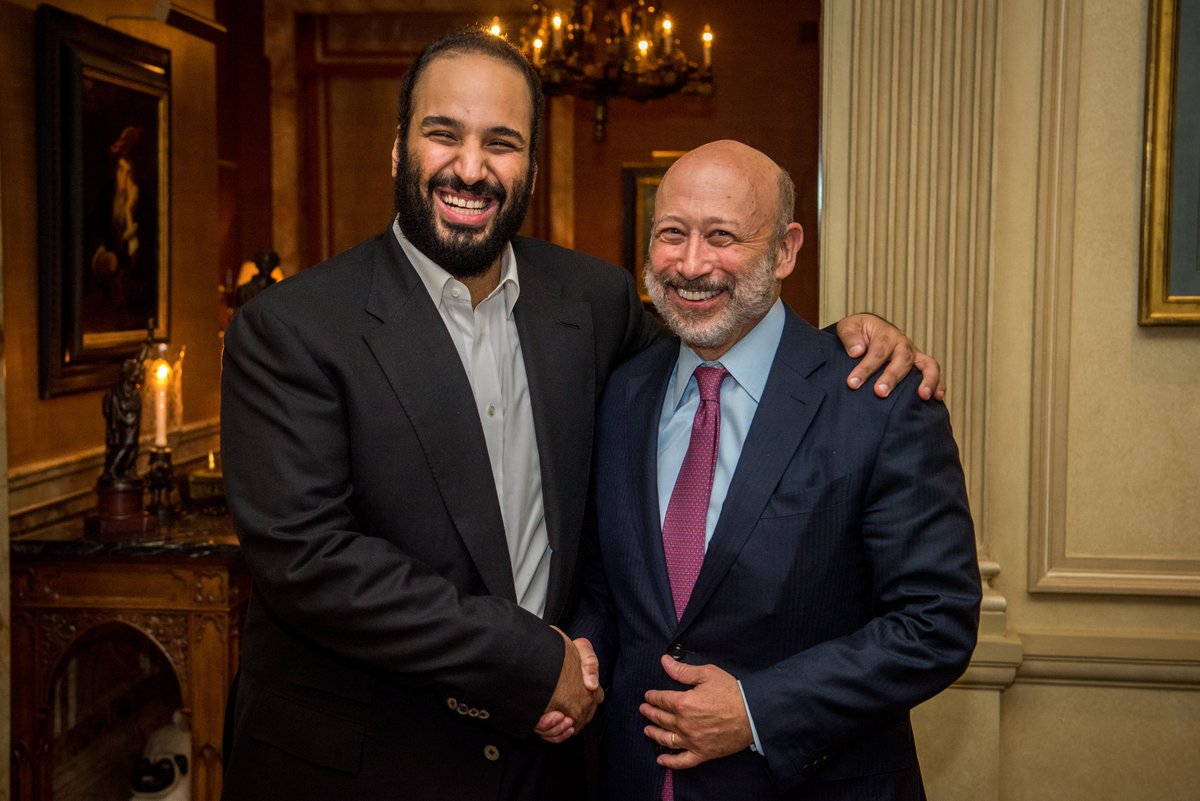 You’re a head case and a liar.

I read the comments and ask myself, is this guy from thw Middle East Asia or the west, and 90% are western (the west is allied with zionism).

(I cant trust anyone living with zios)

Appears to be an actual medevac operation.
Could be the Jihadist fired shells from near the SAA front lines in the opposite direction.
I believe they did this often into Gaza territory, to get Israehell to strike SAA positions.

Sorry for the wording.
I am referring to the past SAA operation to clear area along the Jordan, Gaza border of Jihadist of course.

You mean into occupied Golan Heights, not Gaza?

Great job by the SAA! Keep punishing them.

I can’t wait for this huge operation. Turkey’s dogs will be totally annihilated, remember the Abu al-Duhur operation where HTS was completely destroyed. HTS is not strong they can only kill captives, women & children, but in a real battle against the SAA they don’t stand a chance.

Its a proven fact that saa has killed more civillians.

Its also a proven fact that saa cant fight without air support.

SAA before assad gets on his knees before Erdogan (The Upholder of Muslim Brotherhood, Ikhwan, Sunni, Sufi, Shia, and Salafi Muslims, and Islam).

Erdogan did a good job against the coup, the Russian Ambassador Assasination, and Kashogi murder, and of course the handling of the Russian airpilot.

Operation Olive Branch was one of the most well executed operations in recent history, to go against the nato backed kurds, who have shown to have sided with nato and zionists, something that Russia China Iran Turkey Qatar Pakistan Malaysia Indonesia would never do.

So asshead can be an asshead and prioritize Rebels before kurds and Golan and kikes and nato. But not anymore after its clear now in Syria who is really siding with nato and zios (the kurds).

Now there already has been a statement that attacks on Idlib are only in response to Idlib offensives. However assad proved the first time to be unable to cater to Rebel demands. And this time the pressure to do so has increased the stakes between picking the right side.

This is what we call the sufyanis dilemma. Down on his knees before Erdogan, or down on his knees under the shade of the olive branches (an uncrackable parable for one who lacks deep Islamic knowledge).

no video of incoming shells ? probably just a hash party that got out of hand and the choppers are just bringing more green

If this is true, it’s about damn time.

white helmets are there ,this fake news .

Destroy all terrorists information gathering observations post.It serve the interests of HTS and traitor defectors FSA.Who ever is illegaly on sovereign Syrian soil risk been attack.Syria reserves the right of self defence with out asking permission from any terrorists creators.Nato creation of terrorists and harboring them on Syrian soil caused all this troubles.

Those are not Observation posts, those are posts to counter any Syrian offensive on the precious HTS. Fucking Turks must protect their investment the fucking Al-Qaeda. But doesn’t matter what Russia and Turkey did, Syria, Syrian government, Syrian people had enough from Ankara’s bullshit and will attack again and again to let know those Turkish terror bastards that that place is SYRIA not a fucking yard inside Turkey.
If the Fucking Ottomans are so much in love with HTS why they don’t take them into Turkey, even better into Ankara’s government and make them coalition partners in their parliament. Assholes.

Turkey is following the Zionist pattern of occupying Syria with creeping annexation with the belief that it is fait accompli as in the case of Golan. It is in Russia, Syria, Iran, Iraq and Lebanon’s interest not to let Turkey and its terrorist proxies get established in either Syria or Iraq. The only expedient way is to increase Turkish casualties in the region. Turkish economy is collapsing, its relations with NATO are in the pits and its unemployment rate now stands at 20% officially. Body bags coming home to Anatolian peasants are already causing problems for Erdogan as we saw in the municipal elections defeats.

What Syrian people they all living in Turkey you f****** d******* stupid idiot bad language not going to take you anywhere so f*** off without Russian help you f***** up long long time ago. saa attack jihadis near Turkish observation Post. they don’t dare attacking Turkish army. idiot

With respect SUCK IT

Rats of hts should all die including Turkish backers

here comes USA to the rescue of their Turkish ally!
oh wait… lol
Stronk Torkiye take the SAA dik like a champ

Erdogan must have ruffled a few feathers again.

Turkey is a destabilizing occupation force in Syria, mostly supporting Salafist terrorists with an aim of annexing large chunks of northern Syria and no sovereign nation can accept that and same goes for occupied Golan heights. It is imperative of Syria to expel all uninvited occupation forces and this is a right step.

Doesnt seem like enough information is available for proper analysis. who was hit? who did the shooting? Who died? What was the target?

Even in the event of an escalation, there could be other explanations, like rogue elements in syrian or turkish forces, or an attack meant to stop an imminent provocation, or perhaps targeting a shipment of weapons or supplies. It is also possible that the target was not turkish in nature but rather some other intelligence agency.

You always have to consider the possibility that the incident was engineered by a western intelligence agency to provoke a clash, as Turkey and Russia have been on exceedingly good terms. Recently Utkey discussed purchasing the s500, which would most definitely be a threat to US and Nato forces in the region.

Until more information is available, I would call this a curious development.

One down eleven to go.

Turkey is supporting the terrorists in Idlib, and this is not a secret.