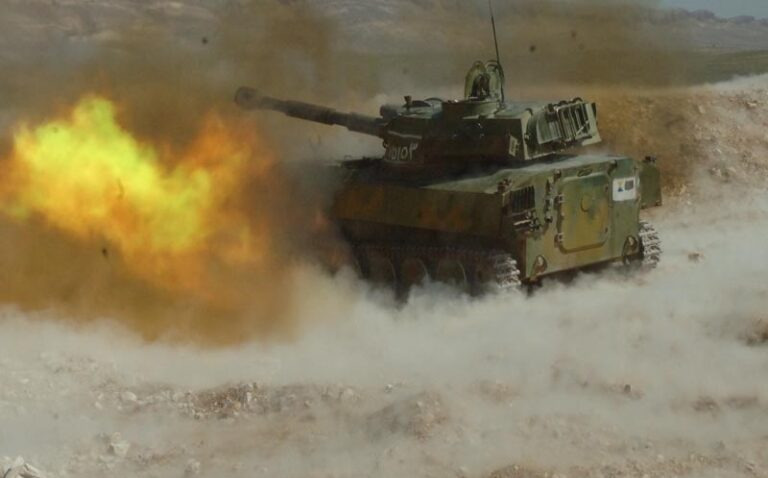 Late on November 14, the Syrian Arab Army (SAA) shelled a police station of al-Qaeda-affiliated Hay’at Tahrir al-Sham (HTS) in the town of Taftanaz in the eastern part of the Greater Idlib region.

The station was reportedly targeted with a number of Russian-made 2K25 Krasnopol laser-guided 155 mm artillery rounds.

According to the London-based Syrian Observatory for Human Rights, three of the station’s personnel were wounded in the artillery strike.

This SAA targets HTS’ police station on a regular basis. On October 16, the army shelled HTS’ main police station in the town of Saramada in the northern part of Greater Idlib. The station commander Adnan Abdelhamid Jum’aa was killed in the strike.

In the recent days, the SAA intensified its strike on Taftanaz in what appears to a response to the repeated violations of the ceasefire in Greater Idlib by HTS and its allies. The army targeted militants’ positions around the town on November 13. Krasnopol guided artillery rounds were also used.

HTS and its allies violated the ceasefire at least ten times between November 13 and 14, according to the Russian Reconciliation Center in Syria. Two Syrian service members were killed and two others were wounded as a result.