Syrian troops hit a military convoy of the Islamic State terrorist group in an area, located to the east of Palmyra city. 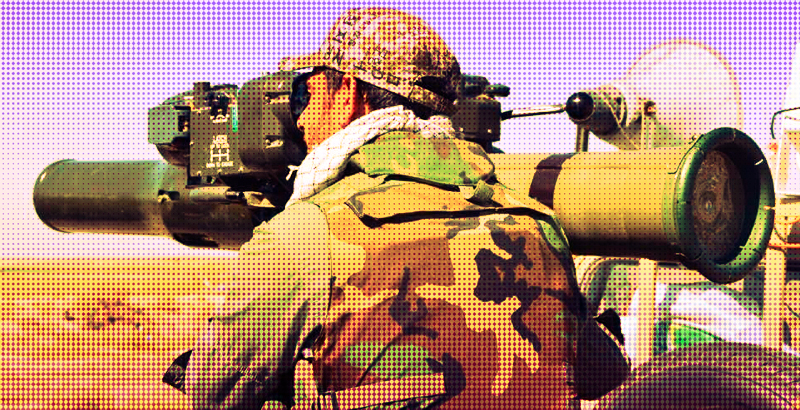 A long military convoy of terrorists of the Islamic State (IS) group, moving from an area, located to the east of newly-liberated Palmyra city, to terrorist-held regions of Deir ez-Zor, was targeted and hit by the Syrian Army. As a result, terrorists suffered heavy losses: several their military vehicles were destroyed, as well as a number of militants were killed and wounded.

At the same time, the Syrian Air Force carried out several airstrikes on positions of IS terrorists, stationed in the village of Arak and area, located near the 3rd Station in eastern Homs.

In addition, Syrian troops continued their offensive on terrorists’ positions in Bayarat al-Sharqi. The army’s attacks were launched from an area of the Palmyra’s military airport. Clashes between soldiers of the Syrian Army and IS terrorists took place on a road, connecting Palmyra and al-Sukhnah town. As a result, a number of militants were killed and wounded.

Meanwhile, positions and concentration centers of terrorists in al-Qantou town and Tal Zahab village, located on al-Houleh plain, were also targeted by the Syrian Army.

On Saturday, Syrian troops also struck IS positions in al-Bardeh region, located in the eastern part of Homs. A number of terrorists were killed, while their military equipment and weapons were damaged.

At the same day, the Syrian Army also launched a series of attacks on positions of the Jabhat Fateh al-Sham (previously known as the al-Nusra Front) terrorist group in the villages of al-Hazowri, Jowalak, al-Bayki and Hawsh al-Zabadi, as well as in an area, located to the east of al-Qajar village in al-Rastan region. As a result, Syrian troops managed to destroy a terrorists’ command post, arms and ammunition, as well as to kill a number of al-Nusra militants.

Sounds like the Syrian forces are knocking off the terrorists in a wholesale fashion. Won’t be long until the SAA has full control of the main roads running thru the Syrian Desert. Then they can sit pat and wait out the trapped ISIS units who’ll eventually run out of foodstuffs.