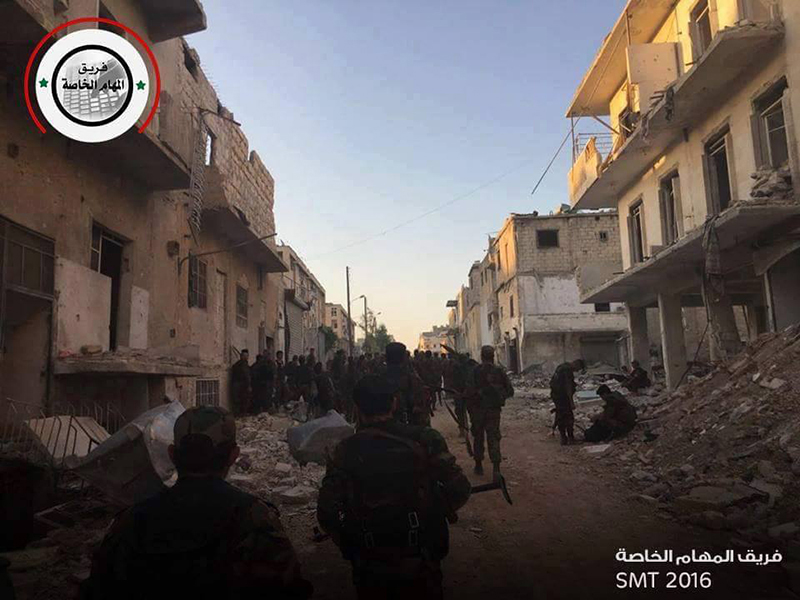 AlMasdarNews reports: The Syrian Arab Army’s 4th Mechanized Division began the second round of their offensive in northern Aleppo tonight after a series of violent battles on Saturday morning.

According to local media correspondents, the Syrian Armed Forces are storming the jihadist rebel defenses at the Al-Layramoun, Al-Khalidiyah, Bani Zayd, and Al-Zahra districts of Aleppo City.

While the Syrian Army attempts to advance on the ground, the Russian Air Force is providing necessary air cover over several sites in northern Aleppo.

The Syrian Arab Army’s “Tiger Forces” are absent from today’s battle, despite the fact they make up one of the largest units in northern Aleppo. 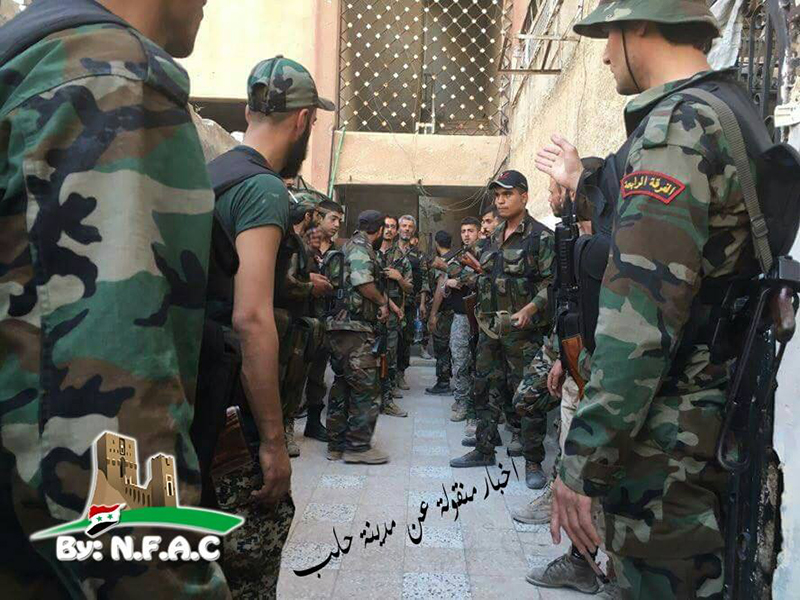 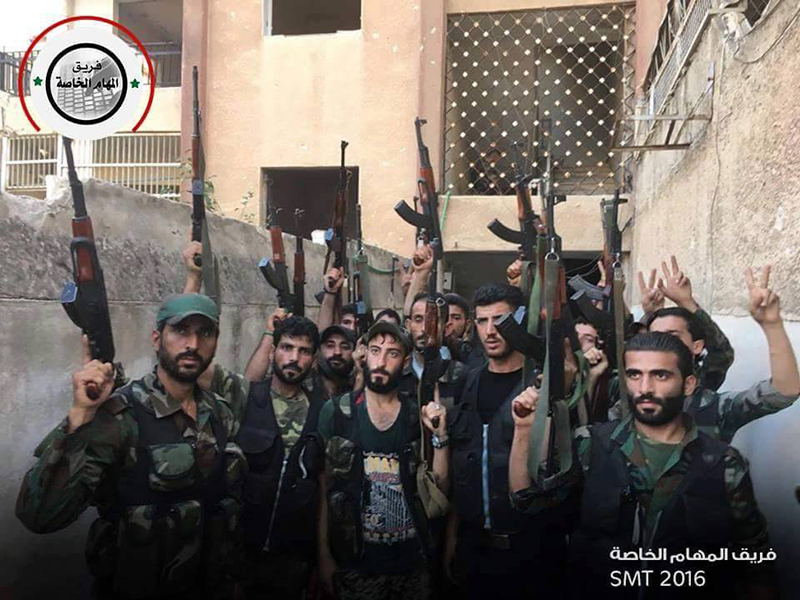