On July 27, heavy rocket launchers of the Syrian Arab Army (SAA) shelled several positions of militants inside and around the city of Jisr al-Shughur in the northwestern Idlib countryside, according to the Syrian Observatory for Human Rights (SOHR).

The pro-opposition monitoring group added that the SAA artillery shelled several positions inside and around the village of al-Zaqum in the al-Ghab Plain in the northwestern Hama countryside. The shelling didn’t result in any casualties, according to the source.

Jisr al-Shughur and al-Ghab Plain are infamous for being hubs for foreign militants and strongholds of several radical groups including Hay’at Tahrir al-Sham (HTS), the Turkistan Islamic Party (TIP) and Horas al-Din.

The SAA shelling is likely a response to the attack attempt on Hmeimim airbase, in the western governorate of Lattakia, a day earlier. Last week, the head of the Russian reconciliation center, Major General Alexei Tsygankov warned that these attacks will force the SAA to “take appropriate measures.”

Ah Idlib your time is coming soon, very soon that Jihadi Paradise will cease to exist. No one can save you there. 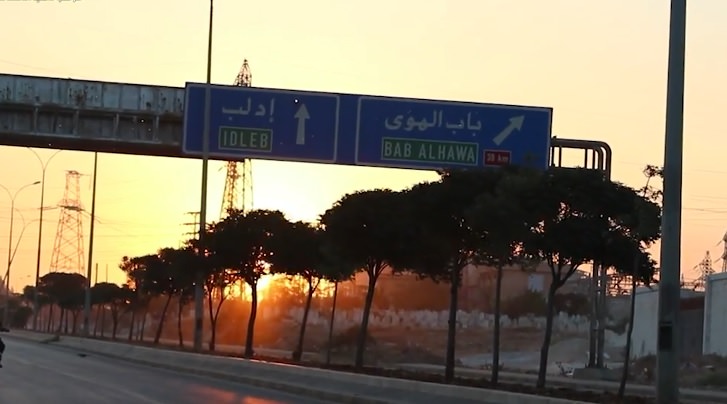 I still hope there are sane people on the other side, otherwise it will be obivious who the war crimminal really is. It’s far away from Idlib, not even explosions can be heard in Idlib. Thousands of muslims are fleeing into the new Idlib state. https://youtu.be/QVR6YPgjVqA

As long as the shelling is outside the Idlib state area i couldn’t care less. 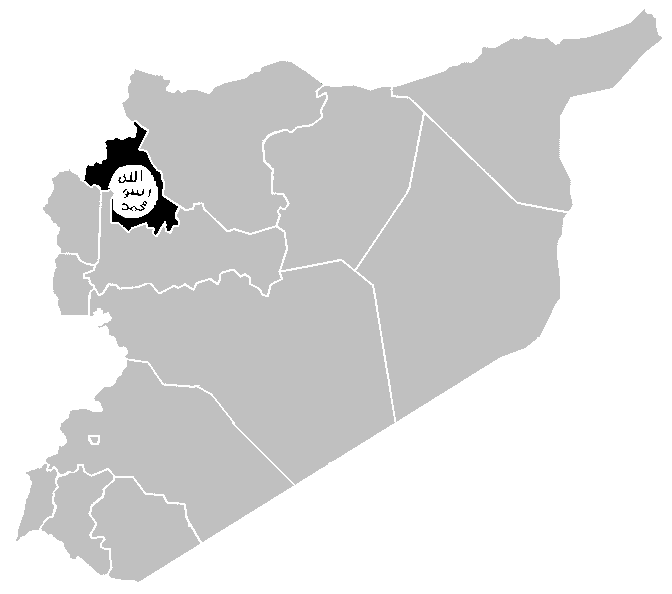 SDC warns people not to trust Qatari or Turkish Sources. They’re trying to sabotage negotiations. Listen to only them.

Even the ISIS people are very moderate now.
https://youtu.be/EkS3kKOmYWE?t=1m28s

Why you need all those you mention to fight israel, when all you have to do, is hit it with missiles where it hurts?

with what?? with the scud variants??noone will get through… even so you need the army to control the territory, you think the saa can win the idf??
patrioti namaste logikoi…

well few thousand Hezbollah, they screw them real good back in 2006 now is 2018 and who is IDf and what they did beside killing women and children? In case of war with isarel I am sure Syria will not be alone in it and the iranians as well hezbolah have enough missiles to level israel, though only where they need to hit it is dimona and the two big towns they have.

As for beating idf syria yes with one hand behind their back.

check in wiki the types and the armamend they have… if you think that is enough i rest my case….

if wiki is your source of information, I rest my case friend.

How many SU-30 or SU-35 and T90 tanks and Helicopters are there with the Afghani Taliban. Taliban just using AK-47 and some other DIY home made weapons. Everyday Taliban kill average five US commandos.

Syria has enough weapons to dismantle the whole conspiracy plot of US and UK called Israel just with in few months. Syria does not show their actual weapons. Syria can target any point in Israel by their own country produced ballistic missiles. This is real power.

how many targets the houthis hit with missiles with similar capabilities????

Syria has produced thousands of these ballistic missiles.

thousands?? come on… by the way most of them in sa are intercepted by the patriot pac 3 system…

what are you kid a jew defender or someone who want us to forget what we witnessing in action? What ever the isaelis have is worthless and they can not stop even 10-15% of what they attempted to. And syria is not alone in this if it happen so smell the roses and get realistic.

is there any kind of sense in your ¨upstairs department¨?? Jew defender?? what are you stupid?? i am someone who has a interest for the struggle of a nation.. with common sense.. read some history try to see the whole picture understand that it is not the same to hold a city with same antitank guns (the rebels tried the same what happened to them??) than to advance in the open country as for Dimona you mean to hit the nuclear site(that Dimona) and pollute the whole area?? you have been in the army even ours right??….

now you trying to teach me something, you have no idea what you talking about bravo. I am still a seal on reserves and an instructor of asymmetrical warfare. And you are? I also been in several wars around the globe before I hang my weapons so stop trying to play smart ass and learn before you post to know whom you talking to.

At the moment to me you sound like all the idiots who dont know their ass from second place who post in the Greek sites still pro and pentapospasma. In short single digit IQ and political followers of one stooge or another. The misspelling is intentional.

with that mentality ? no way…there is not a seal in any army who says that bs… the misspelling is from a teenager who can not control himself… not a pleasure meeting you.. nasai kala….

I was talking idiot of the pentaposmasma. now kindly go fuck your self and dont bother me again with your moronic arguments.

Are you sure you know if someone is special ops or not? I have read many of Prometheus posts and let me just say, I did not need to be told. On topics I know little about I defer to others and listen and learn. On this, I suggest you listen more and you can learn something.

???? are you a joke???in what topic?? keep the suggestions for yourself…

If Erdogan lonely attack on SDF, PKK etc. So this could create problem for Turkey itself.

If Erdogan invade Syria, then all Syrian and allied forces will move towards North due to which a vacuum can generate in South Syria which the US proxies Israel could easily fill as ISIS. Then it could means that Erdogan fight for greater Israel.

As a good, wise neighbour and as a good Muslim Erdogan can play fairly by joining Assad government and then they can expel foreign troops and terrorists from Syria. A strong and a happy Syria is the need of Turkey itself.

Now Assad, Putin and Russian defense minister thinking that elimination of US, NATO forces and their proxies Israel and ISIS from Middle East is necessary to stop further bloodshed because the US and their allies main purpose is to steal lands and Petrol from Middle East countries and stopping them from education and development by wars and chaos.

This is what they support (Im not takfiri much, but the video is right) https://youtu.be/AuWp7FZaQ2M?t=7s

no you are a jew, but then who cares, shit is shit by any name they dress it.

so they began to soften the ground to the north.

Or perhaps the start of the shelling for the offensive.

look like it yes. Now they almost done with the south.

But I think they are also going to really take care, with some special troops, of ISIS in Swaida, and perhaps surround At Tanf. The ISIS in Swaida are real dangerous, they aren’t romantic gays, are real hard sons of a b…). Some of them sure are from those who came from Yarmouk, Damascus. In the north it will be beautiful to see, because a lot of the best unities will be there: 4th division, republican guard, syrian marines, tigers, at least, one of the assault corps…

they attacked the druce community and they are also very dangerous people to f*ck with. Lets see what happens in the following days. In any case is not for us to decide where the Syrians and allies attack next or make strategic planning for them. Up to this point, they are doing extremely well and I am sure they dont need our advice, as to where they go next. I am sure, they know better than we do, what to do in their own country. Don`t you think so?

Of course, here we are only following what is happening on the battlefield, but now we can see what was, at least, part of their plan: 1- create the de-escalation zones; 2-liberate those zones; 3-…; 4-… .

true but the game is not over and syrians have to secure their 6 in order to be able move to the rest of the areas and that is idlip and afrin.

Idlib is the last de-escalation zone, the other three, as you know, were East Ghouta, Rastan pocket, southwest Syria. So, if that is really their plan (we don’t know for sure), Idlib is the next, They have a double front, both military and political, and if by the war and the reconciliation they succeed in Idlib, perhaps the next round will be the other northern territories occupied by the Turks proxies, Afrin and the other zones to northeast, till Mambij. It’s the line of less resistance.

FSA will be repatriated in Germany, France, UK, that’s the plan.

Seems to be true, i know one FSA girl Muja Suria which actually lives in germany now, and her family is still in Idlib so i have most recent info from both on skype. Something great is happening in Idlib.