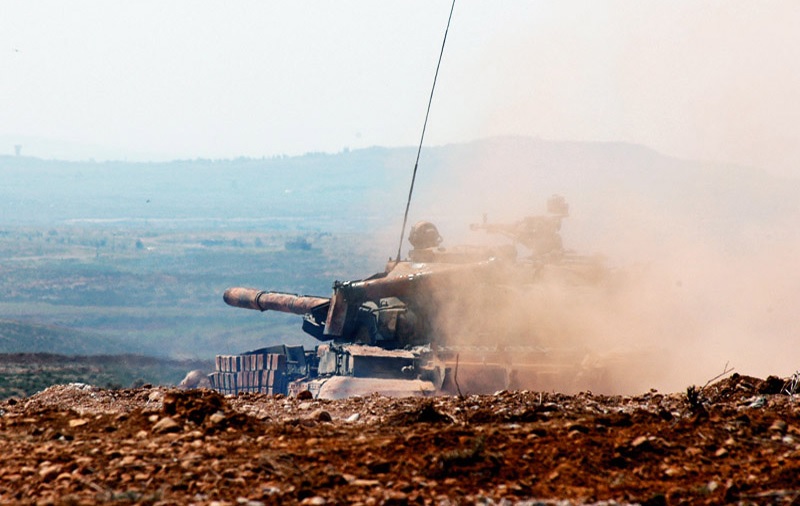 In the morning of July 29, the Syrian Arab Army (SAA) shelled the Turkish observation post in the northwestern Hama countryside.

Opposition sources claimed that a 57mm cannon of the army fired several rounds at the post, which is located near the key town of Shir Mughar. Initial reports indicate that the no one was killed or injured in the shelling

Turkeys’ Ministry of National Defence has not commented on the new incident, so far. The ministry usually release a statement on such attacks within a 24 hours. 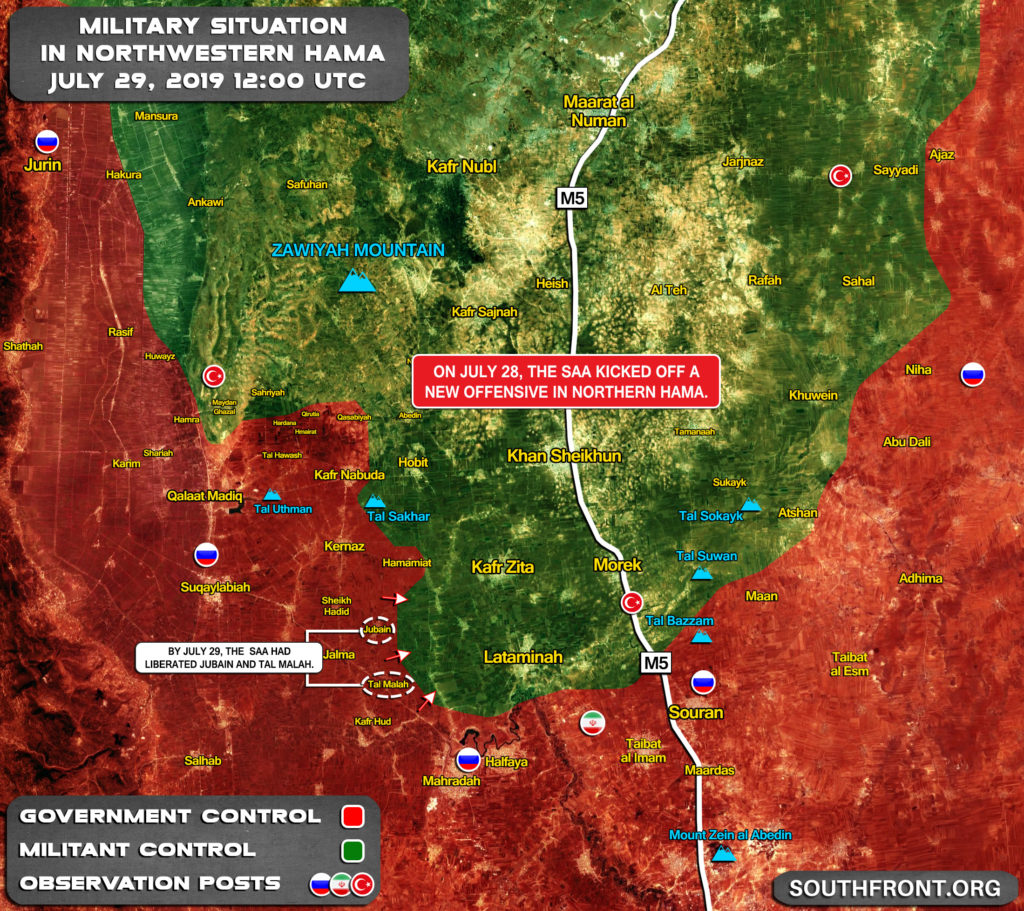 A day earlier, local sources revealed that the Turkish post was reinforced with several armored vehicles, which arrived through Idlib.

Last month, a Turkish service member was killed and many others were injured in a series of Syrian artillery strikes on Shir Mughar’s post. Ankara’s response was limited to few mortar attacks on SAA positions in northern Hama.

them turks better leave syria or help in killiling the 911 mafia (isis/alqueda/mossad -cia.) There can be no kurdistan as long as palestine is occupied. The stolan heights must be returned to syria and palestinian oil belongs to palestinians. giews are not dancing child burners and vice versa. settlers are greedy mercenairies, nothing more, nothing less. just as tel aviv is an army base devoid of any civilians

stolan heights! ahahahahahahhaha!! that was good! i will be using it!

There will be no kurdistan period.

These backstabbers.made their bed in 2017 flooding the euphrates while SAA was crossing the river in Deir Ez Zor city. Why does no.one remember this absolute treachery!!!

The kurds are running out of time!! Reconcile with the syrian government. Stop being saudi mercenaries, look at how the yemenis are crushing saudi.mercs, your next kurds if you dont smarten up!

The Turkey, Syria, Iraq and Iran mission is one but they struggle separate to achieve own goals. If they were united then their mission could be accomplished so easy.

Their main mission is the integrated Syria, Iraq and Iran, security and development of the whole region. Therefore, Turkey should call the Turkish, Syrian, Iraqi and Iranian leaderships or foreign ministers meeting in which Turkey should take them in confidence for accomplishing their objectives otherwise this war will continue for further 10 years.

will not happen with Erdocunt

One day you will realise that their mission is one to get rid of all terrorists and to be united for future challenges.

yes…..gain Momentum, and should Turkey again interfere, send them turkish bastardos back to their Sultan in boxes……no more ceasefires and other bs agreements

fuuuuck of you cunt idiot

Your comment will not help SAA rather it will further create chaos in Syria and will help Zionists.

If you could calm down the situation then it will be very good.

Very good, Turkey must go back home or else. I hope this is Syria philosophy.

Turkey and Israel is same bullshit selfish and arrogant just like bafoon Trump.

“once again” I never get sick of reading “once again”, I want to read it more often, I’d even like to read about 2 OB post being hiit simultaneously, or maybe even read about some of the other OB posts that are located in Idlib, Aleppo and Latakia being hit too. MORE PLEASE.