Today, the  Syrian army has seized the Bani Zeid neighborhood of Aleppo city. The operation started yesterday as an attempt to assist the Kurdish YPG that was repelling the jihadists’ advance in Sheikh Maqsood.

As result of the joint efforts of Syrian army and YPG units the Kurds have captured successfully repelled the jihadists’ offensive and captured Youth Housing located near the strategic Castello Highway.

After the recent advances of the Kurds and the Syrian army, the anti-terrorist forces in Aleppo are able to unite the front in order to keep the siege of the militant-controlled part of Aleppo city. 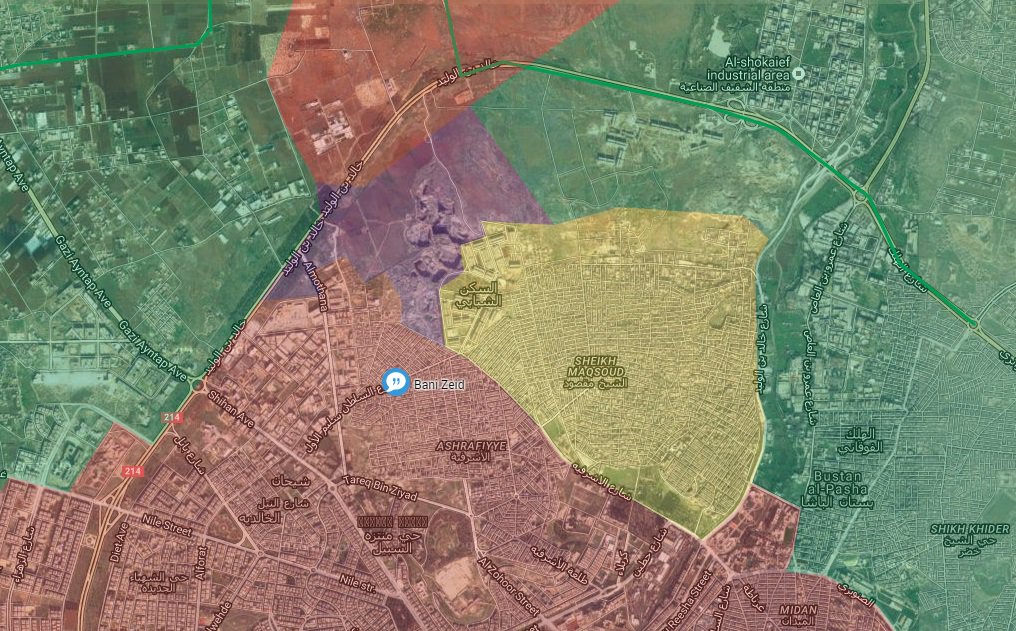 As of the printing of this article – this has not actually happened yet, and this map is completely wrong. It doesn’t even show the Kurds in the Youth Housing Complex as described above. – South Front is better than copy-pasting garbage which the “author” leaves unsigned.

You guys should just take this entire piece down, it contributes nothing. All of this is mentioned in other articles with greater detail and accuracy (and maps that don’t suck). – I personally will celebrate when the cauldron is sealed but this is premature!