The Syrian army and its allies took control over the entire Tareeq al-Bab Neighborhood in Aleppo city after losing it to militants over 4 years ago. Now, government forces are securing the area in order to continue the advance into militant held eastern Aleppo.

Offensive operations are also ongoing in the areas west of the Aleppo International Airport. 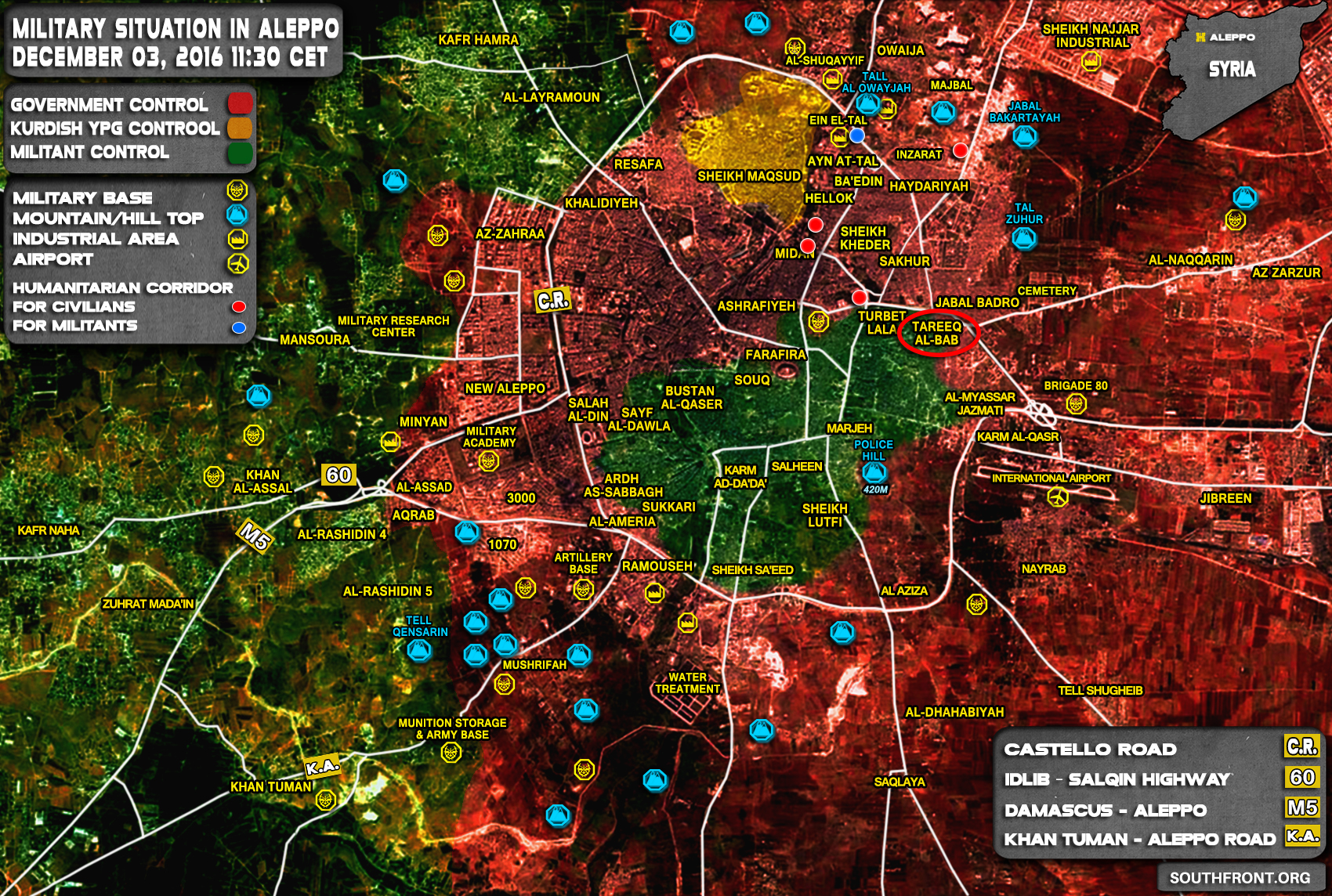 Syrian army control 60 percent of the terrorist held Aleppo.This is very good news.By the end of they year the Aleppo will be finally over.

The Syrian government coalition should endear themselves with the people of Aleppo. A charm offensive for popular support will set the people against the rebels and possibly see a rebellion of the people against the foreign inspired rebels. The government should avoid the temptation to use the scotched earth policy as this will create lasting political discord with the people. Government soldiers should march into the Eastern Aleppo City as a liberation force and not an invasion. They need to place special forces inside the rebel held quarters and consider a special force offensive that will crush the rebels and protect the civilians. Yes there will be sacrifices but this will pay political dividends in the period after the war which will soon to come.

Those who have committed crimes of murder, extortion, rape to name a few need to be punished, law and order by state not religion will set the ground for rebuilding a nation state by the people who have had their say in elections internationally monitored.

Those who have taken property to settle their own families will have to face local judiciaries in restoring people’s property and any heirs to their estate.

“should endear themselves with the people of Aleppo” they have. They been helping the civilians for a long time.

We hope this be a non-stop operation, until Allepo be completely free of hard and moderates terrorists, our heart is with syrian army and its allied.