The Syrian Arab Army (SAA) has been deploying additional reinforcements to Hama’s northern countryside since this morning. Several units from the SAA’s Tiger Forces and National Defense Forces (NDF) were already relocated to the area.

According to pro-government sources, the goal of the expected military operation is to capture the rebel stronghold of Khan Sheikhoun in Idlib’s southern countryside in order to launch a serious investigation on the alleged chemical attack in the town. However, this looks as a very compliacted task and will likely not be possible soon.

Most likely, government forces will try to reverse the rest of Hayat Tahrir al-Sham (HTS) gains made in northern Hama in March, recapturing Souran and Maardas.

According to loyalist sources, the SAA will continue reinforcing its positions in Hama’s countryside as the counterattack on Ma’ardes and Souran takes place. If confirmed, this will indicate that the Syrian military is realy considering a possibility of the push in the direction of Khan Sheikhoun.

Clashes continued for the third day in Ma’ardes where HTS claimed capturing of the poultry region of the town. 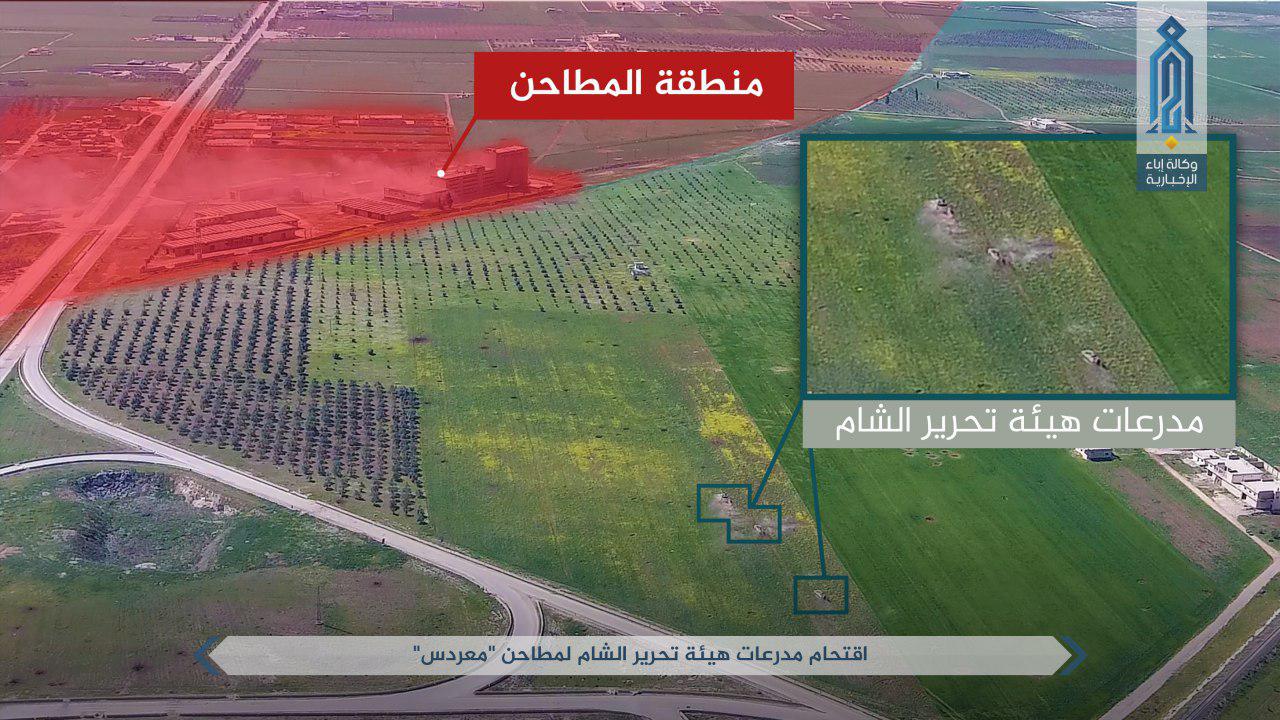 HTS declared through its media wings that it targeted Syrian military positions in the Mu’arrad and the Kafra’ mountain with rockets and artillery.

HTS also resumed its targeting of civilians inside the besieged villages of Kafraya and Foua’a in the province of Idlib with rockets after announcing the abortion of the supposed evacuation agreement.

According to opposition sources inside Idlib city, the provincial capital currently witnesses massive mobilization of HTS fighters. In turn, Ahrar al-Sham fighters are mobilizing around the city. Some reports suggest that clashes may break out at any given moment as tensions escalate between the two radical organizations for unspoken reasons.

HTS militants are advancing in Ma’ardes: 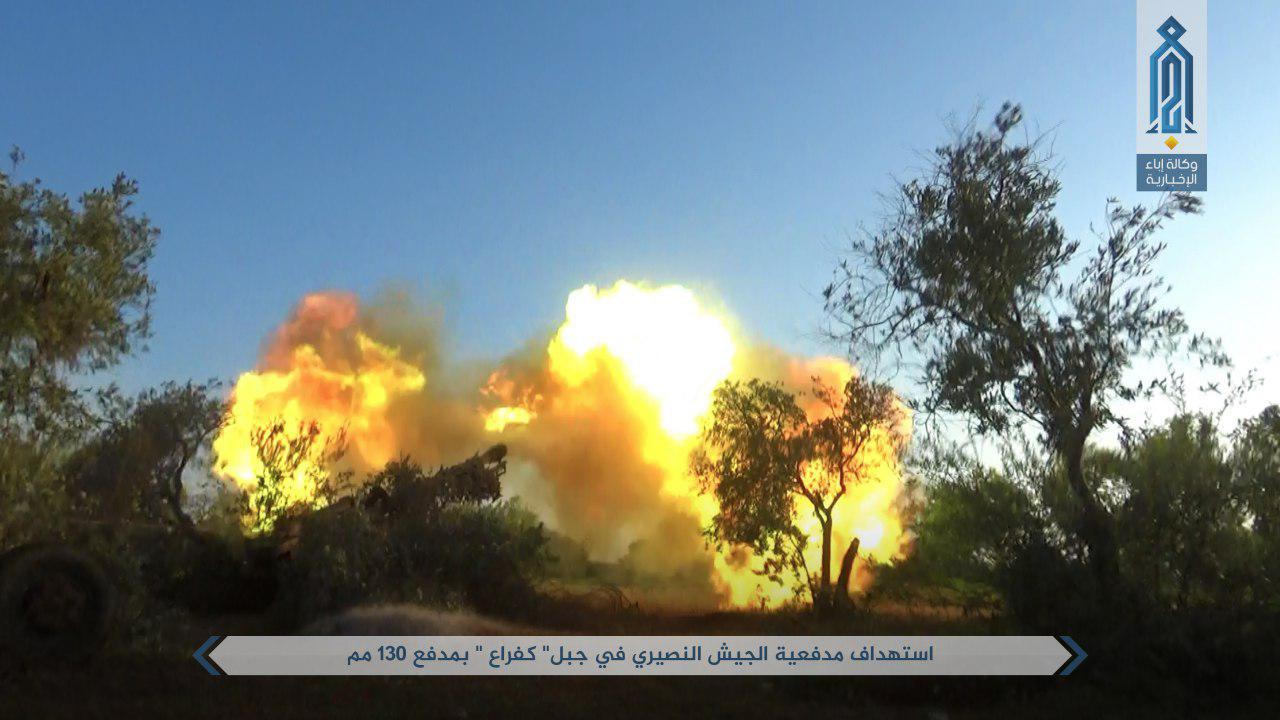 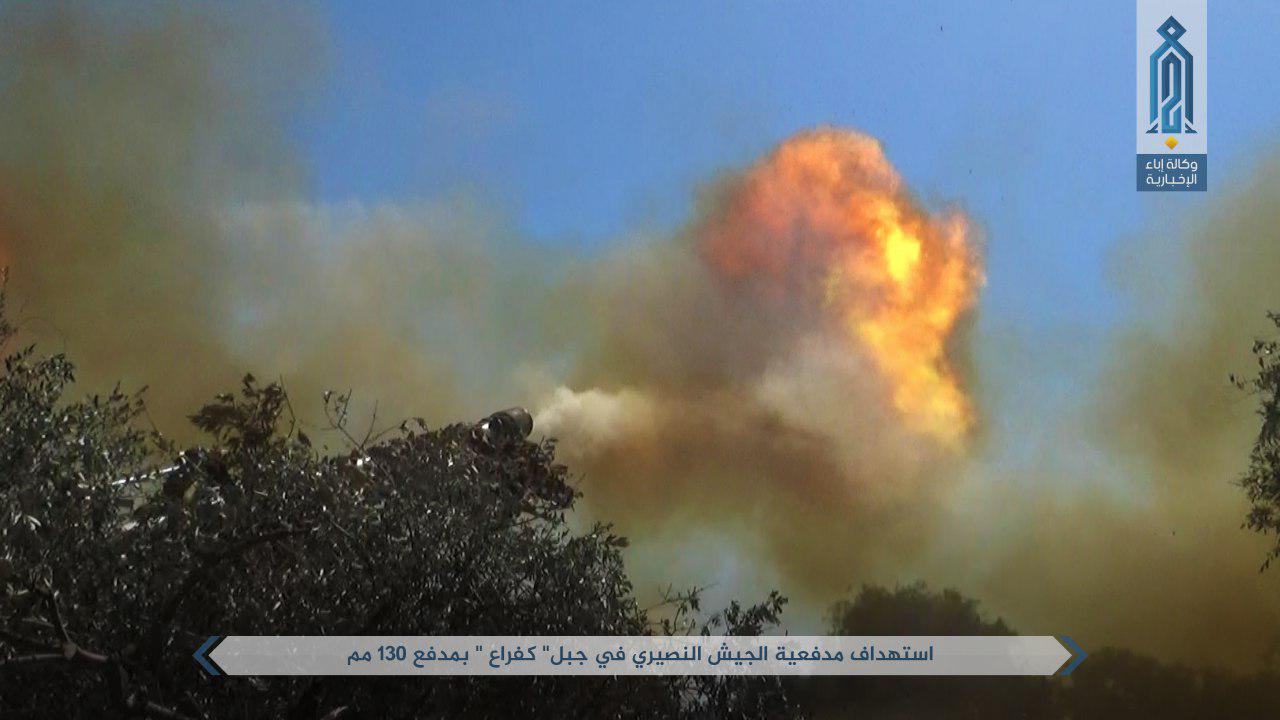 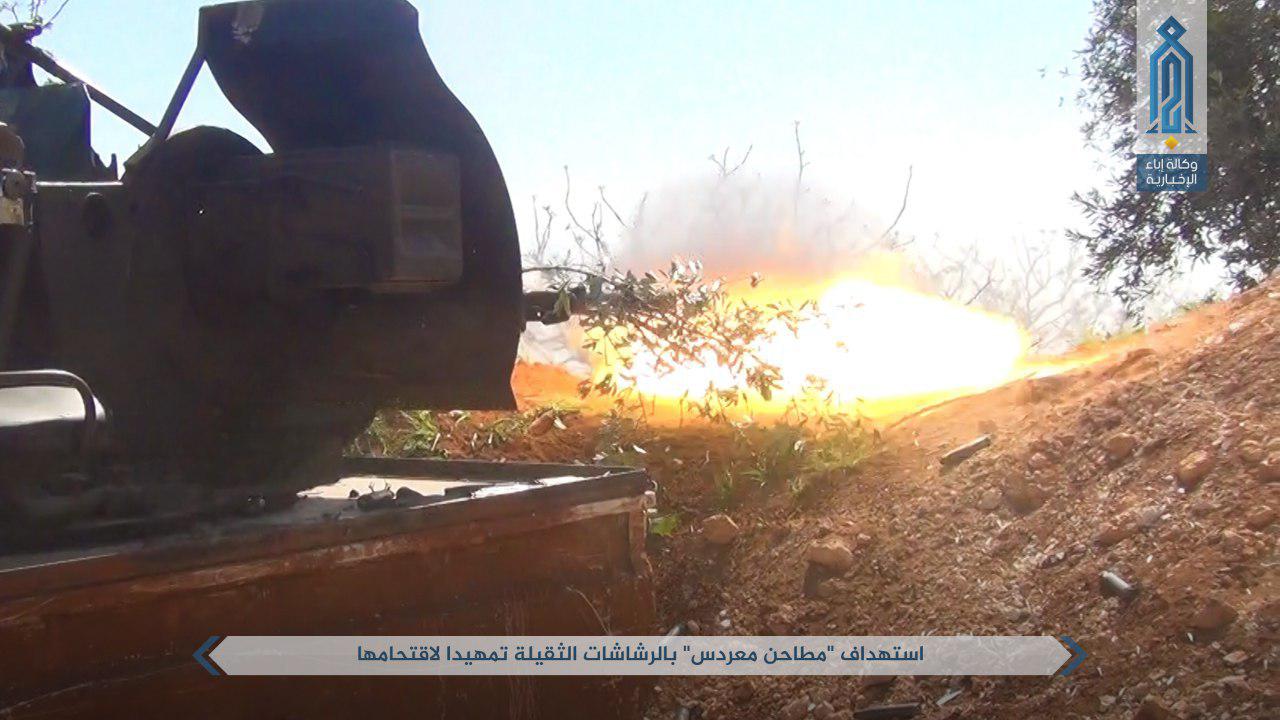 The military response for the unjustified US attack will I am sure be measured and powerful.

Trump must be under sever pressure from the american deep State to be part of this obvious and amateur charade. Is he being blackmailed or bribed I wonder ?

He is desperate for political support, so he chose the easiest path which is to give the deep state what they want so he can do the things he want on internal affairs. Trump is a vain man, he probably is affraid to be considered a incompetent who can’t do his job, so he is selling his soul for the prospect of getting better governance from the stablishment.

Well, I had some hopes, but from a rational perspective I knew he was doomed to fail because american democracy is fake, USA is in fact ruled by a military junta for many years now.

Yes. Occasionally truth comes out through the BBC.

Trump made an “offering” to the military machine , stock up .03%% , gave warning to Russia , Syria got its jets out that could fly out , the mechanics probably even got their tools out. So damage , minor , 5 or 6 parts planes , fuel tanks , ordinance .. Intact , the runway , should be up and running in two days . This pre planed , media driven , strike , was totally aimed at China . If you think it was just a coincidence that Trump was talking to the Chinese leader when this came down , you don’t know Americans . China , I’m sure knows it was no coincidence . China had best stand up , send ten thousand troops to Syria . Tell America , not to attack N. Korea , and everything will be fine .

I got that part, but I would say that if Trump think chinese will get intimidated by this stupid little show he doesn’t know chinese too.

This is almost childish behavior, and completely unprofessional, world leaders will think twice before going to USA just to get mistreated, being a good host is the first norm of civilized behavior.

Yea seriously, I bet China is quaking in their boots seeing at how the airbase suffered minimal damage, and that only 23 missiles hit it! LOL!

Russia has vital interests in Syria they can’t and won’t back down for this reason. Trump and mad dog matis and their racist supremacist Jewish masters are the cowards and chicken hawks as all psychopaths. The Chinese leader and primary ally of Russia was in Washington when they USA and Israel made this attack. Russia is not going to strike the USA when the Chinese leader is there. Jews and their puppet Trump are hiding behind the Chinese leader.

Fling your feces, monkeyboy. (((Christ))) be with you.

I agree with you, and he is doing the opposite of what he suggest to do in the election campaign.

http://www.zerohedge.com/news/2017-04-08/michael-savage-turns-trump-says-syrian-gas-attack-was-false-flag-operation “Trump’s base has vanished.”

The military /corporate war machine that runs the usa needed to avert eyes from mosul…the 200 dead from its bombing raid have been forgotten already..the western media has gone all quiet about the battle for mosul..I wonder why.?

“Nearly 300 died in Mosul airstrike, making it one of the deadliest attacks on civilians in recent memory” http://www.latimes.com/world/middleeast/la-fg-iraq-mosul-casualties-20170405-story.html

Now it’s time for Russian to provide new shipments of aircrafts and MBT, IFV to Syria, they should use this attack as an excuse for ressuplying SAA

It would be really good to capture the jihadis’ chemical weapons factory in Idlib province and show the world the truth. I predict none of the western Mind-Management-Mafia media would report it.

Are there data on rebel losses since beginning of offensive?