The Syrian Arab Army (SAA) has reportedly sent large reinforcements to the southern city of Draa in order to boost its remaining defenses north of the strategic Al-Minsheah neighborhood in Daraa Al-Balad. According to a SAA source, government forces are trying to reorganize its defenses yet again in an attempt to repel the ongoing Haya’at Tahrir Al-Sham (HTS) advance. 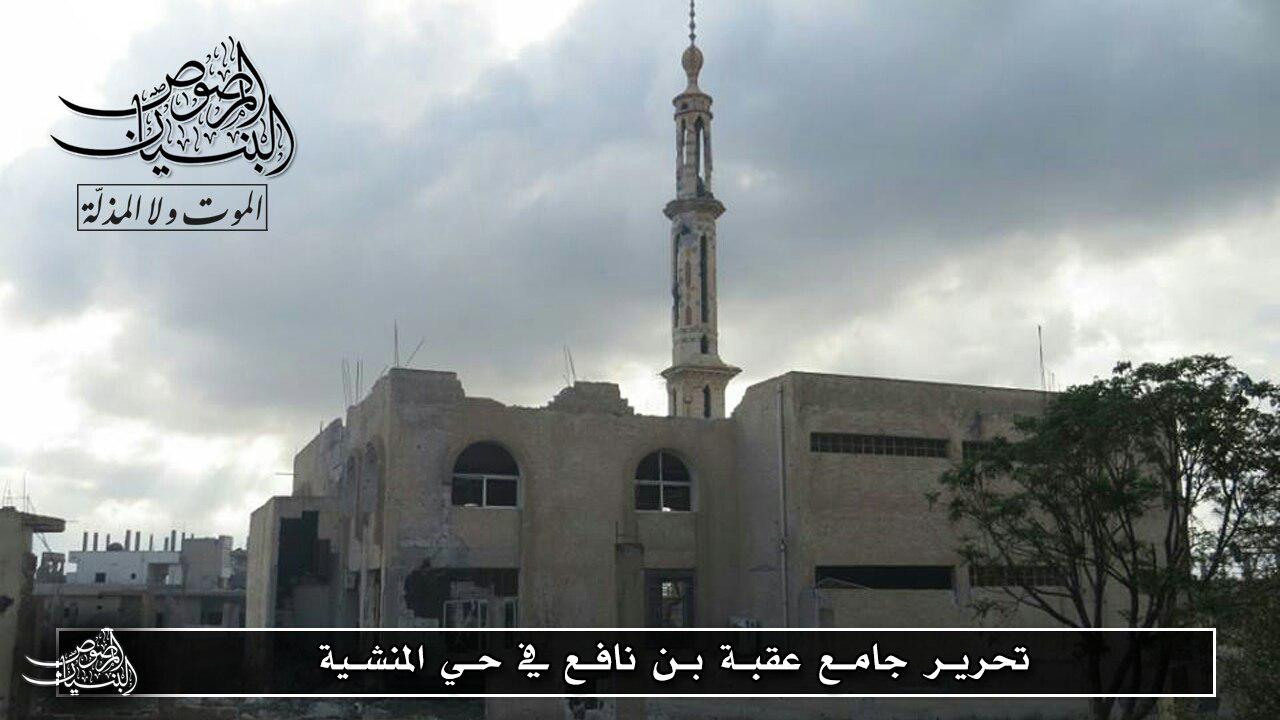 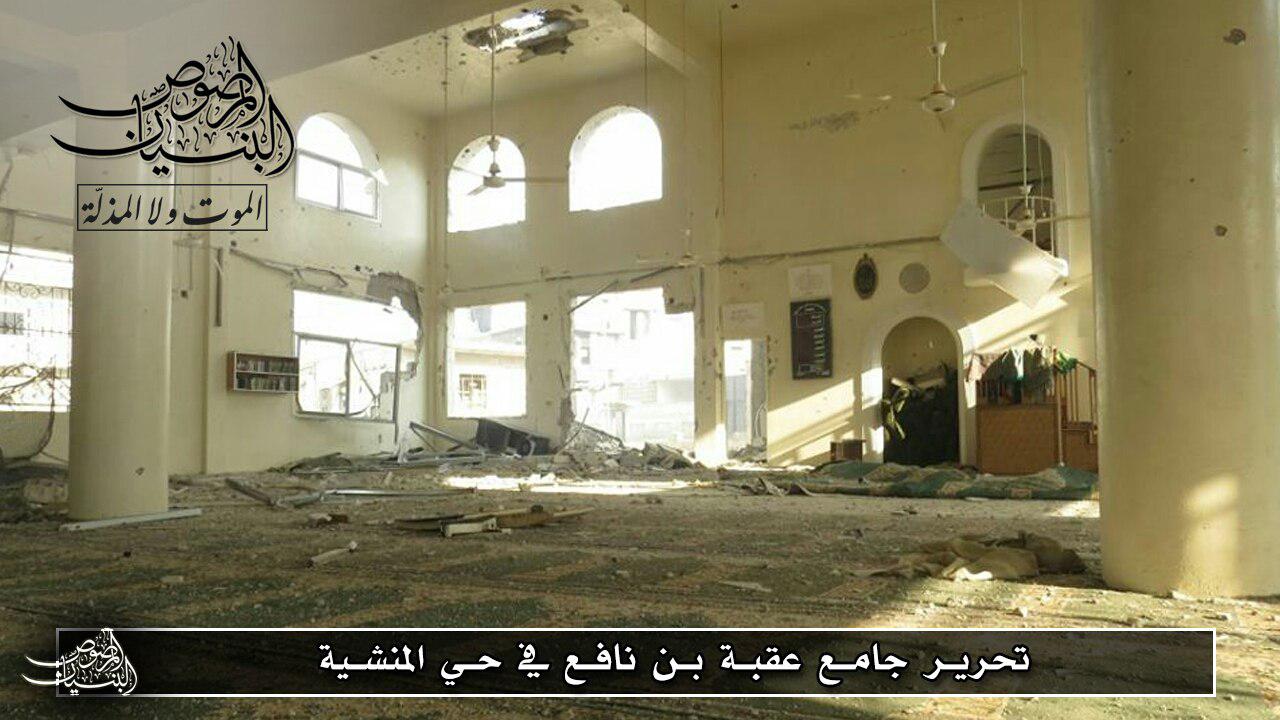 Meanwhile, the Syrian and Russian air forces destroyed many HTS positions in Daraa Al-Balad and on the Al-Saad road using heavy bombs. 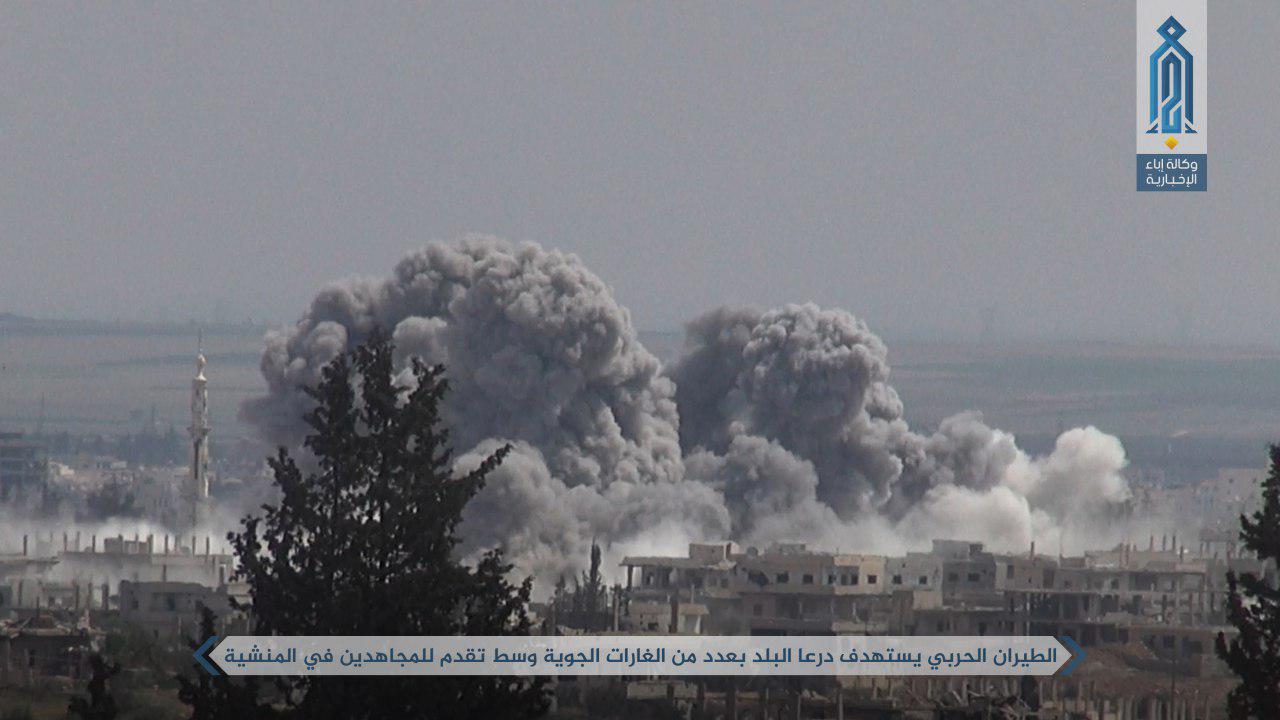 In another development, two Free Syrian Army (FSA) fighters were killed after an IED –likely planted by the Syrian Special Forces – hit their vehicle on the Um-Almyazen road in the Daraa countryside.

HTS continues its advance inside the Draa city soon in order to take control of Al-Minsheah.

Please go cry in the corner with other women over there

No pos, i hate little whining bitches that just keep on bitching and don’t shut up.

yup, you are typical fascist

but not in city.

Of course, thats not what I meant.

Why do they even call them FSA. They should just use their true name al-queda. Who else uses suicide bombers.

each of them uses

Where did these reinforcements come from? Palmyra? as I predicted? leaving Tomahawk Trump to fight ISIS alone?

Your prediction is wrong. SAA is not leaving this front. ISUS front has nothing to do with this HTS Daraa offensive. Although an ISUS affiliated group does hold a small section in the SW corner of Syria. They are a real pain in the ass for HTS, conflict between them is on going. 2 thumbs up :)

Where did they come from then? they didn’t just materialize. they had to come from somewhere.

Probably from Damascus area. It is not a major offensive so they will not focus too much on it, besides you have soldiers in Suweida area as well. Manpower is an issue for SAA but it is an issue for everyone as well.

probably the clearing of Zabadani and Madaya will have freed up reinforcements, including very experienced units

Given the manpower problems all parties involved suffer, would it be fair to say that without the prodding on by all external powers, the fighting would otherwise be winding down because of exhaustion of all parties?

the army should leave some inteligence members on Damascus and replace the army troops with the ndf troops. Those army troops shall be sent to Daraa city and urban area. Also every foreign militias free to assign should be send to daraa

They should get the troops from Al-Qamishli, Palmyra, and Dier Hafer; leaving SDF to fight ISIS in the Northeast. Trump seems much keener to fights ISIS than he does to fight HTS, so let him.

It was recently reported that the HTS and that ISIS affiliate have set their differences aside and joined forces.

Perhaps HTS, but not ISIS. Let Trump and ISIS fight each other.

Probably from the bars and whorehouse in Dasmascus where soldiers on R & R are likely to be found.

There was a report, two days ago, that US forces were assisting the FSA in fighting of an “ISIS” attack in Southern Syria. Same thing, wrong intel?

This is a different group. The US supported FSA are in the SE Syrian desert, well east of Daraa. I think their numbers are rather limited, not a real threat to the SAA. Although their progress needs to be stopped and route 90 to Palmyra needs to be taken by SAA. ISUS territory sits between them.

Were they part of the failed NSA, new syrian army? It seems the US ever learns. T&E with islamists up till now only succeeded in arming and training terrorists and fanatics that turn on you.

The NSA was the batch of losers the US trained in Turkey.

trained by UK and US in Jordan. Losers, agreed.

The report linked the US force to Jordan. that’s nowhere near SE Syria.

The report was a bit confusing. I think it was referring to anti ISUS activity across the Jordan/Syrian border in more eastern section of Jordan (SSE Syria)