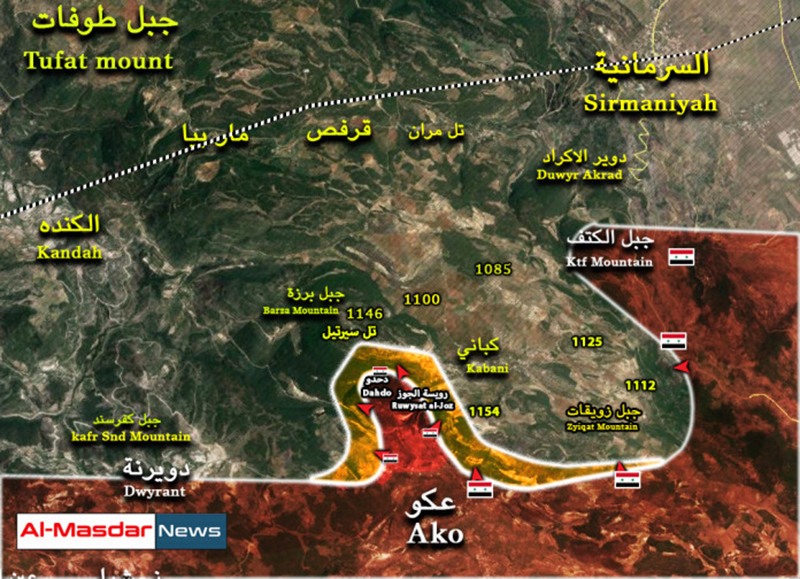 AlMasdarNews reports: Following months of stalemate in Latakia province, the Syrian Arab Army (SAA) finally made a decisive advance on Monday towards the rebel stronghold of Kabbani.

Thus, the SAA’s special forces and National Defence Forces (NDF) managed to infiltrate rebel positions southwest of the town after militants in the area were struck by joint Syrian and Russian airstrikes.

According to a Syrian sergeant in Latakia, the SAA captured several hills that overlook Kabbani; specifically, Ruwysat al-Joz, Zyiqat mountain and hill 1112 were mentioned.

The SAA is yet to enter Kabbani although the source said the rebel stronghold would automatically fall once all hills surrounding it were captured.

In the past, fire control has proven decisive in the mountainous Latakia governorate as it played a key role in the SAA’s capture of Salma and Rabia – the former ‘capitals’ of rebel forces in Latakia.