The Syrian Arab Army (SAA) and its allies have liberated the strategic Thayyem Oil Field and the nearby areas from ISIS south of Deir Ezzor city, the Syrian Defense Ministry announced on Saturday.

The Thayyem oil field is located south of the Turdah mountain that allows to control an importnat junction in southern Deir Ezzor. The government push in the area may pursue a goal to drive ISIS out from this mount and to get control over this  junction.

Furthermore, if the Turdah mountain is liberated, ISIS units inside the cemetery area in central Deir Ezzor will be de-facto encircled in the city.

Meanwhile, ISIS announced that its members have killed at least 12 SAA soldiers, including a high-ranking officer, and destroyed a battle tank and a vehicle belonging to the SAA. ISIS units have allegedly seized a Konkurs ATGM launcher.

Good news indeed! There is a need to finsih this campaign as quickly as possible to close off US “”Deep State” and Israeli combined objectives with Dier Azzor situated close to the critically important Euphrates River.

Get out of here as there’s no place for these pyramid schemes on this site!

Blappering as usual blaming others. US did 60 airstrikes around Deir El Zor last month to keep ISIS down and reduced them.

You may like to view this Jens to relieve the boredom of living in Denmark.

Time you woke up! Who do you think evacuated the ISIS top brass from Dier Azzor in their helicopters – Mickey Mouse? …………. Surprise surprise it was their funders, suppliers and trainers – the US of A. The US and their vassal states in the EU not only created Al Queda and ISIS, and all the other newly named ISIS associates designed to fool the public, but they actively funded them, trained them and then armed them to the teeth. You must live in cloud cuckoo land or you’re merely a shill for the NWO. So which is it to be reality or propaganda?

If they did airstrikes, it was to pave the way for the land steal of the Omar oil fields!

Sweet! Once the cauldron is closed via the eastern desert road, Daesh can only try to sneak through the narrow gauntlet between the east and west enclaves! If they make it through, they can try swimming the Euphrates under sniper fire! :D

Very long ranged snipers. Must be with telescope.

Not in 12 hours. Daesh territory is shrinking like an ice cube on a Vegas sidewalk in August!

The US will try to rescue more of their ISIS proxies and re-badge them as ‘Free Syrian Army’ for the annexation of Syrian oilfields in Northern Deir Ezzor.

Yep. They will soon be “Moderate rebels”! LOL

Extermination of ISIS. But that would be heartbreak for the Zionist crew cut homosexuals of the US military.

On the other hand, it takes one to know one.

These were my comments 4 days ago: The Tiger forces linking up with the Republican Guards in Deir Ezzor created another pocket, trapping ISIS forces north of Deir Ezzor. Also the 5th corps adavancing on M20 should send a unit to move and cut off any southern approaches to the city, creating another pocket, surrounding and trapping sieging ISIS forces. As ISIS has built fortifications around the city known to the city defenders, bring in the artilery and MLRS and pulverize their fortifications, aided by Suk 25 and gunships attacks.

Right. And what will happen to the civilians there?

Though a long term siege is unlikely as the SAA already holds part of the city, I would be surprised, positively, if it takes less than a few weeks to eliminate IS within DeZ. Unless they pulverize the civillians too of course or the SAA will let IS go as Assad did in Arslan.

The tactical surprises and developments make this civil war an astounding tale.

Deir Ezzor is held by the republican guards, ISiS built fortifications around the city, artilery and MRLS will have well defined targets to hit without causing civilian casualties. 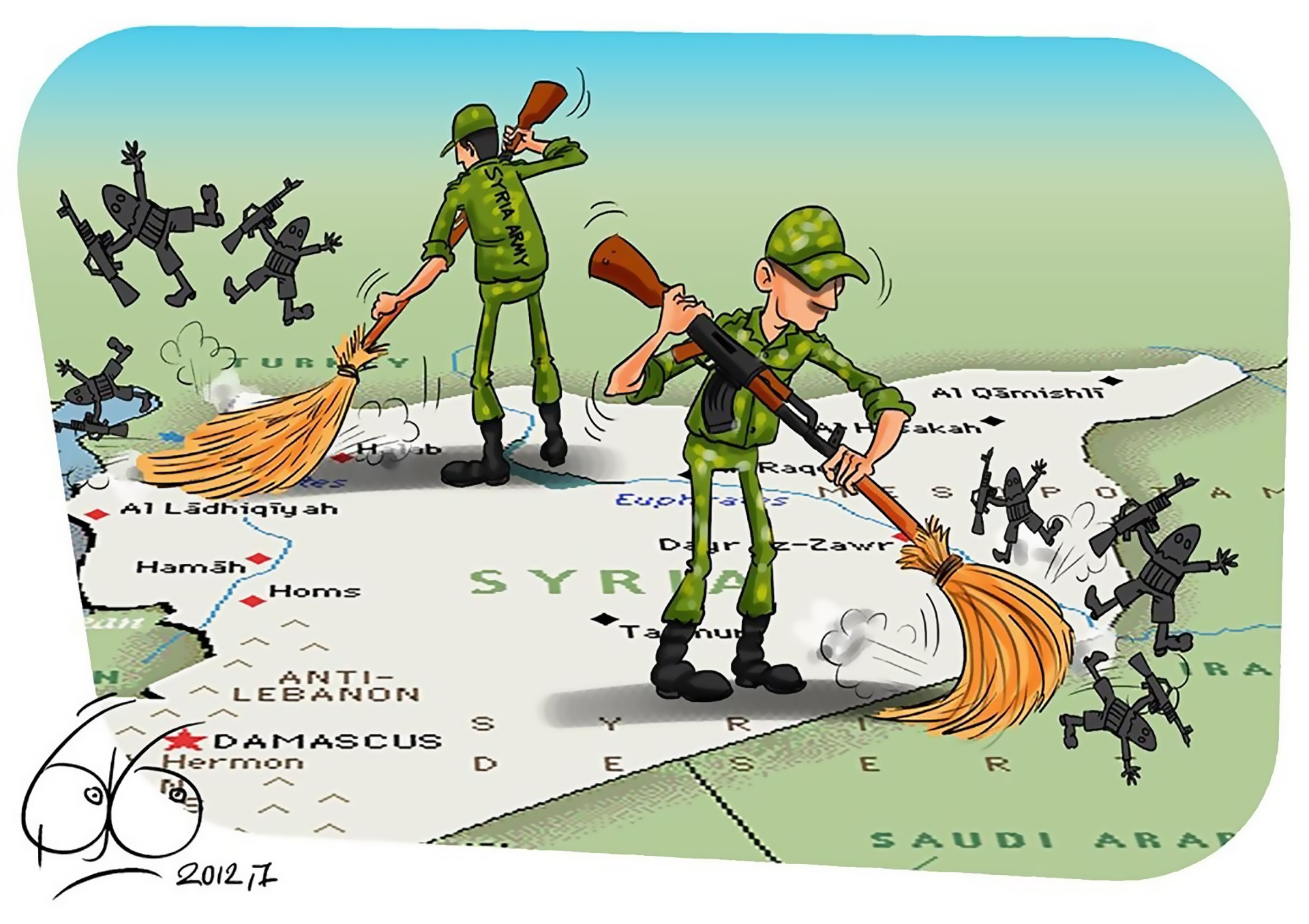 Mirror west and east, and you have a wonderful Stalingrad situation!

The Euphrates valley will be the last stand for ISIS. And it will be a lot harder to eliminate them there than in open desert. Very costly in terms of human lifes. Maybe a good idea to flood the valley with the water from the Tabqa dam and to wash the rats out of Syria.

They can ask the SDF for some water.

Well done SAA, you have done yourselves proud! keep fighting and watch out for the Bobby Traps/mines and snipers.

‘[Daesh] units inside the CEMETERY area in central Deir Ezzor will be encircled in the city.’

The irony of this is too rich to not be awesome in this great time for Syria.

The map looks great, like a beast swallowing ISUS fighters.