Late on February 7, the Syrian Arab Army (SAA) 25th Special Forces Division began advancing from its positions near Saraqib city towards its next target, the town of al-Eis.

According to pro-government sources, the unit secured the towns of Maharim, Khawari, Tall al-Nabariz, Ijaz, Rasm al-Ward and Abbad in southeast Idlib as well as the town of Huwayyir al-Eis and Makhalah in southwest Aleppo.

The 25the Special Forces Division is advancing without air cover due to bad weather conditions affecting southeast Idlib and southwest Aleppo. In spite of this, the unit is not facing any real resistance from al-Qaeda-affiliated Hay’at Tahrir al-Sham (HTS) and its allies.

Earlier, the army’s Republican Guard and Lebanese Hezbollah reached the northern outskirt of al-Eis after capturing the towns of Zaytan and Birnah.

Army units will likely meet around al-Eis within a few days, if not hours. Once the town and its key hilltop are secured, the troops will begin working to secure the M5 highway. The strategic road links the capital, Damascus, with the city of Aleppo.

Because he supports the Jihadis.

Seems like that. When he withdraws now from Idlib, the Jihadis will be angry at him and would start launching attacks against Turkey itself and I’m sure Turkey knows that, so they continue their support for them.

Thanks, that is interesting.

Because he knows once the SAA defeats them they will flee into Turkey and Erdogan loves his Jihadis from as far away as possible. Certainly not next to his own palace.

What benefit though? I mean what is he fighting for?

So they stay there and hold their ground or die, or just die. He just doesn’t want his Jihadi friends in Turkey because even he knows being friends with Jihadis is like having dinner with the devil. You better be using a very long spoon.

At this rate, appears SAA will clear M5 highway within a week.
Job well done. :)

AM Hants
Reply to  PZIVJ

SAA should look the threat which are the Turkey posts behind SAA front lines and possible Turkey offensive against SAA.Those post need to be eliminate. One way will be prevent Turkey resupply those post. It’s long term but will force Turkey withdraw those Turkey military, unless Erdogan would prefer starve those Turkey soldiers, but this will be a Erdogan problem. SDF also should get involved and attacking Turkey on different fronts. Russia should provide SAA with more SU039, MIG-30, S-400 and Attack helicopters. Sooner or later Turkey will attack SAA and SAA need to be ready

It just for show and done nothing at all

UNCONFIRMED: Rebels preparing major counterattack with the target being Saraqib! The attack will be backed by Turkish artillery!

CONFIRMED: Azriel Herskowitz is a douchebag.

A new tatctic so instead of saying confirmed bullshit he is now trying too Suggest that maybe this might not be bullshit, Bit like selling a bridge that most know is bullshit but maybe one unsuspecting fool may buy the story.. Either that or he is trying to pretend to be human.

Oh my God, you mean Azriel can sometimes speak the truth. Now I need psychiatric assistance.

Get M5, get M4, get Idlib, get Afrin and the Turks, get the East, then al-Tanf, and finish up on Golan. Looks promising to me!

And what about the Homs desert?

Lol! No no no. It is confirmed, they attacked and it failed. The Turks gave some fartillery support.

There will be no Turkish attack of consequence while Russia keeps the skies over Idlib and Aleppo clear of the Sultan’s aircraft. 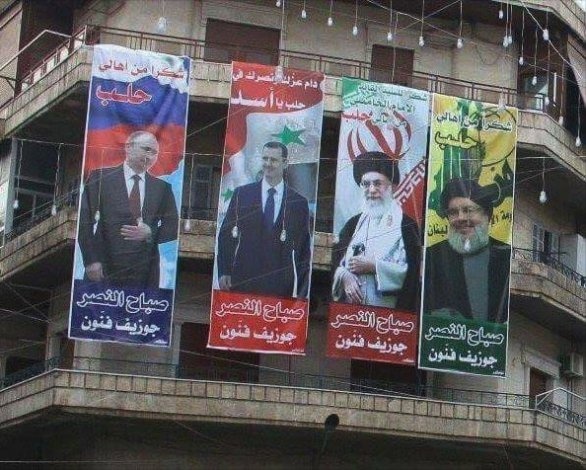 They’ve got most of the M5 secured. They’l probably go after the M4 next. Once those are open. It should remove most of the economic constraints and allow reconstruction and normalcy to return. The only area left after that will be a 10 mile wide buffer zone along the Turkish border. Half of which is held by Turkish terrorists and the Afrin portion by the Turkish military. The terrorist portion can be cleared by force on an as needed basis. And the Afrin portion preferably by a negotiated withdrawal of the Turkish military as part of the Andana agreement.

Though it would be helpful in recovering the Golan and clearing the Palestinian occupied territories if some Turkish military presence could remain in Syria and hopefully also deploy to Jordan. As part of a regional coalition to remove the IDF, and help stand up a Palestinian government free of Israeli domination.

Iraq expelling the US coalition should end the US occupation in NE Syria. And end the threat to Turkey from the Zionist Kurds. Which should set the stage for a Turkish withdrawal or redeployment in Syria and Jordan as part of a regional coalition to get the Jew problem corrected. There isn’t going to be peace in the middle east or on our planet until the Jew issue is taken care of. Preferably by extinction grade dejudification. So that Jews and Israel no longer exist. And former Jews can get on with their lives without Judaism.

Investing in the Jordanian economy and upgrading Jordanian military infrastructure to be able to host a regional coalition for UN resolution implementation would be helpful.

“Armed U.N. peacekeepers or armed forces from a group of like-minded states operating under a United Nations mandate could be deployed to offer physical protection, Guterres said.”

“When the Secretary finally submitted the question to the UN Legal Advisor, the response was a long memo the bottom line of which read, in capital letters: “NO SECURITY COUNCIL RESOLUTION CAN BE DESCRIBED AS UNENFORCEABLE.””

You forgot to note that he also said:

“Guterres…noted that all options would need the cooperation of both parties, a sustained cessation of hostilities…”

Oh, and a mandate from the UNSC where the US holds veto power.

Chapter 6 Resolutions are enforceable and provide a legal mandate for enforcement. The US veto can be overidden if necessary. Right now it isn’t necessary. All of the resoultions that Israel is in chronic scofflaw violation of provide a more than sufficient body of international law to authorise a multinational force, armed with nuclear weapons and conventional weapons supperior to what NATO and Israel have, stationed in Lebanon, Syria, Jordan and Egypt. To clear the Jews out of the occuppied territories by force on an as needed basis. If they don’t cooperate.

If you think that the US or the rest of NATO are going to go toe to toe with this coalition for the blood sucking Jew baby rapers, you may be very dissappointed. And without the US and the rest of NATO available to fight Israel’s wars for it. They should practice bending over and kissing their ass goodby.

Again, you’re blowing it through your azz. You are totally ignorant of how the UNSC works. As always you are wrong on this. There is no way to override a UNSC Veto. Period. So any unicorn nuclear force you conjure up would have zero UN authorization to take any military action against Israel. They could try it on their own and suffer the consequences. And what brave country has nukes that would risk all their major cities for the Palestinians did you say? Now get this though your delusional skull, Israel will use nukes if need be if attacked or threatened in an existential way. As an aside, that is the same stated or practical policy of all nuclear countries for over 50 years.

There’s an open resolution 377A proceeding against Israel at this time to override the US veto on an as needed basis.

But it’s not needed to enforce Chapter 6 UNSC resolutions as the General Secretary’s legal council has made clear. Your disagreement with the UN and ICJ interpretation of the enforcement of Chapter 6 resolutions is your problem not mine.

LOL…your ignorance and delusions are really funny. The resolution you cite is from the UNGA which has no power over the UNSC and whose resolutions are not binding in this situation. So, no, the UNGA has zero power to override a UNSC Veto no matter how many non-binding resolutions they pass. Try to get the basics correct. And you have to be puffing on some really strong sh*t if you think Putz Putin is as stupid and suicidal as you to use nukes against Israel in support of Islamist Iran, Syria or especially the Palestinians.

I’ll go with the official UN interpetations over those of a habitually lying Zionist fool like you:

LOL…don’t you read your own links?

“This chapter authorizes the Security Council to issue recommendations but does not give it power to make binding resolutions; those provisions are contained Chapter VII.”

That doesn’t mean that Chapter 6 Resolutions don’t authorise enforcement. Which obviously they do.

Nahhhhhhhh…Again, you don’t read your own links. Try this. Over all these decades, name one Chapter VI resolution concerning Israel that the UNSC has had anyone even try to enforce. Damn, name one Chapter VI resolution regarding anything that has been enforced by sanctions or military action. So just you claiming something doesn’t make it so. However, if the UNSC wants to make a Chapter VI resolution enforceable it can say that in the resolution and authorize that enforcement. It never has done that against Israel. Or it can make it enforceable by backing it with a mandatory Chapter VII resolution. It also has never done this in terms of Israel. But it has passed several Chapter VII mandatory resolutions against Islamist Iran, most unanimously approved with even the support of China and Russia. And did attempt to enforce them with pretty serious sanctions. Try to get the basics correct.

Your ignorance and aversion to international law doesn’t change it. It just makes you look like the idiot that you are. The Syrian government coalition can be expanded and used to clear the Golan and Palestinian territories of the Jew squatters just like they’ve done to the Jew’s terrorist proxies in Syria.

LOL…I quote your own source which says you’re wrong. You can give no action in the 75 year history of the UN that based your false claim. You claim a UNSC Veto can be overridden, which is pure ignorance. Israel has defeated Syria three times in wars and you, the fool that you are, say they can beat Israel this time. And to top off your stupidity, you claim that Russia will use nukes against Israel to satisfy your delusional idiocy. You are beyond the help of meds. But more suited for a suicide vest and Darwin Award.

I quoted the Secretary General’s council and the ICJ. Who are you quoting that overrides that?

kira is not happy 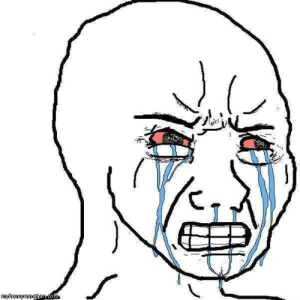