The Russian Aerospace Forces, the Syrian Air Force and Syrian ground troops have launched a new offensive on positions of the Islamic State terrorist group in the southwestern part of Deir ez-Zor city. 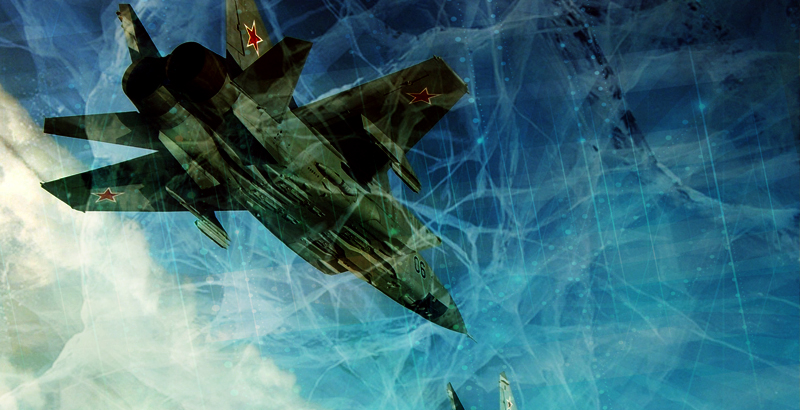 The Syrian Army and the country’s air forces, backed up by the Russian Aerospace Forces, launched a fresh joint offensive on positions of the Islamic State (IS) terrorist group in the southwestern part of Deir ez-Zor city in order to raise the siege of the city’s military airbase. As a result, IS terrorists suffered heavy losses.

Concentration centers of IS terrorists, stationed in the area of the al-Maqaber cemetery, were stormed by Syrian troops, army’s missile and artillery units, backed up by Syrian and Russian fighter jets. According to reports, IS terrorists suffered heavy losses in manpower.

At the same time, the Syrian Army launched an attack on an ammunition depot of the terrorist group, located near al-Tamin brigade to the west of the Deir ez-Zor airbase. As a result, the depot was destroyed and all terrorists, who were inside it, were killed.

On Thursday, the Syrian Air Force and the Russian Aerospace Forces continued their joint operation against IS terrorists, targeting their gathering centers in Deir ez-Zor. Dozens of terrorists were killed and wounded in the air raids.

At the same time, the Syrian Air Force launched a series of attacks on IS positions, located at Setta Illa Rob street and in the area of al-Tamwin square, as well as in Jabal al-Tharda, al-Maqaber and al-Konamat districts. The villages of al-Baliqiya, Khasham and Marat, located near Deir ez-Zor city, were also targeted by Syrian fighter jets. As result, tens of militants were killed and several their military vehicles were destroyed.

Meanwhile, IS centers in al-Hawiqa and Roshdiya districts of Deir ez-Zor city, as well as the area, located near al-Maqaber and Sariya Jonayd in the southern part of the city, became objects of aerial attacks of Russian and Syrian fighter jets. As a result, IS terrorists suffered heavy losses.

ISIS is using deir ezzor as a way to draw troops,air power,and logistics resources of SAA away from allepo in order to cut off khanaser allepo road you must look at bigger picture

Deir Ezzor is the prize. But ISUS attack has stalled, it is turning into a meat grinder for them! The Aleppo road is the distraction. This route has been cut before but was not held for long. It is open desert with few villages. ISUS and Jihadist do not have many in this area, and will retreat when larger SAA force shows up. Few places for them to hide in this terrain. Holding long stretch of route would require thousands of SAA. But they would just get bored watching the tumbleweeds roll across the sand. Besides, Aleppo area can supply many of their own needs and wait it out if the road is closed for a while.

The reason they attacking deir ezzor is their master want it that area so they can give it to the Kurds US is the master mind who is. Behind all this also playmara gains To under mine Russia Syria same time to achieve their future goals

Both Palmyra and Deir Ezzor missions will fail. ISUS Back will be broken in both areas. Time for Saudis to send in more ATGM’s? But it not change the outcome.

The oil fields just south of Dier Azzor , are high quality and high output , lots of money there .

That cash should be Syria’s , not ISIS’s .

ISUS will fall by the sword and have their back broken at Deir Ezoir. It is about unit integrity and semper fidelis, not about money.

Deir Er Zor is the back up plan for those who started the war. They plan to create a new country with parts of eastern sunni areas is syria and western sunni parts of Iraq so that they can create Sunnistan. But their problem is not SAA. Their problem is PMU who will soon cross the borders and will attack Isis in syria