A delegation of Russia and the Syrian Arab Army (SAA) warned militants in the besieged Eastern Qalamun region during a new negotiation round that they will soon face a military operation if they do not accept an evacuation agreement, the pro-government blog al-Masdar reported on July 1.

Russia and the SAA reportedly offered militants a third option which is a reconciliation agreement that allows all of them to rejoin the SAA and the National Defense Forces (NDF).

Local sources from the Eastern Qalamun region confirmed that the negotiation round had been held on July 1. However, the sources didn’t provide any information about the results of the round.

Prior to a new negotiation round, the commander of the Ahrar al-Sham Movement in the region “Abu Adam” announced on his personal Facebook page that the militants reject any sort of agreement with the Damascus government.

More than 1,000 well-armed militants are currently stationed in the Eastern Qalamun region. Although they are besieged, they managed to carry out two deadly attacks against the SAA in March and even shot down a Syrian warplane during the first attack.

Syrian pro-government sources reported that Russian and Syrian warplanes are already conducting airstrikes on the militants’ positions in the Eastern Qalamun region. If this is confirmed, this will indicate that a military solution may be possible. 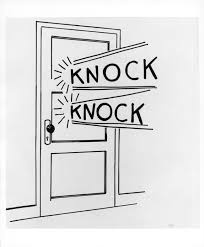 Did the Russians just telegraph their next target after greater Damascus? It is the most logical choice but this rules out any degree of surprise. And supposing all the Rebels were confined in one place in Idlib and ISIS destroyed the world may have to come to grips with the many Syrian conflicts frozen in their current awkward positions.

What planet do you live on Smaug. In the 21st century satellites from many nations can spot a military build up in real time. Even in historical times large build ups were apparent. Its not easy to hide an army ,unless your opponent does not have air superiority, satellite superiority and intelligence superiority .

The US proxy terrorists will know every large deployment the SAA makes . That is why Russian strategy is not conforming to the old ways and that is why SAA and Russian tactics cleared Ghouta in weeks, without destroying 90% of the area as the US did in Raqqa over about 7 months.

I live on Earth, fwi.

How did the Russian mercenaries get bombarded by US forces a month or so back ? I would of thought, they knew the area from reconnaissance . Furthermore they had no air support. Why ?

as
Reply to  Fred Dozer

Russian mercenaries is not their regular army and guess which is the aggressor that time. As far as the honest men of SAA and allies in Der Ezzor concerned they never cross into the SDF territory nor have the intention to mount any attack on SDF position so such aggression are unwarranted, grossly violating non aggression agreement between both forces.

George King
Reply to  as

Go back to sleep as, when the time is right You will see a northern movement up M7 that will split Kurdish areas and cut off all resupply of PKK/YPG and the fictitious Kurdistan.

That combat situation was at most a company or battalion sized engagement with a large proportion of light infantry opposed by similar forces that can move locations in hours.

As for air support, I have no idea. Perhaps the targets were only small bands of ISIS?

“In the 21st century satellites from many nations can spot a military build up in real time.”
As from what you wrote above, I had thought the same.
However in this case something went wrong. I wonder if Russian aircraft even fly in that area. Although they should be able to fly all of Syria.

Russia abandoned them. there are worsend contacts between Wagner group and russian government. In 2016 russian army took back all weapons given before to wagner group. Today are armed and payed ONLY by syrian government. 1 mercenary takes 2000 € in 3 months period. If he fills out this period, takes 100% premium. so, for stupid 4000 € risks his life. with hate of putin in back.

Any offensive is obvious to eyes in the sky. Meaning they’ll get warning from their state sponsor beforehand. Tiger forces never surprised their targets; they simply overwhelm them.

Not necessarily because speed of maneuver and camoflage of all sorts. The world might not find out until it’s to late to act.