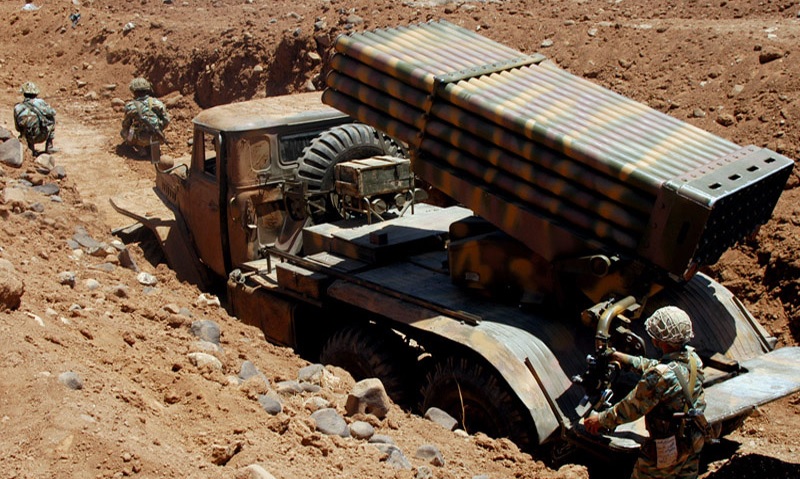 On August 20, two jihadists were killed as a result of rocket strikes by the Syrian Arab Army (SAA) on the northwestern region of Greater Idlib.

According to the London-based Syrian Observatory for Human Rights, the rocket strike targeted the town of Fatterah in the southern Idlib countryside. Before this strike, the SAA artillery pounded the nearby town of al-Bara and other areas in the al-Zawiya mount.

The rocket strike was likely a response to an earlier shelling by the militants on the town of Hantoteen in southern Idlib. The shelling resulted in no losses.

The situation in Greater Idlib is slowly spinning out of control. A day earlier, the SAA shelled the region with long-range rockets in response to provocations by the militants.

Last March, Russia and Turkey reached an agreement to de-escalate tension in Greater Idlib. A ceasefire was imposed. Nevertheless, the militants are violating the ceasefire on a regular basis. Ankara, which maintains a fairly large force in the region, is doing nothing to hold the militants accountable.

This situation could soon force the SAA and its allies to resume operations in Greater Idlib. According to recent reports, the army is already preparing for such possibility. The militants are also taking defensive measures.

SF has limited resources and is crowd funded, so it can only post as much and as fast as it can. Just increase financial support for it.

It feels like a scent of revolt in the air, the Anglo-Zionist empire of nothing is starting to receive more hits from different sides, the great reset is about to start, but it will be very different from what the Zionist money lovers had imagined , the hunt will start and this time they will be the prey.

FANFARΟNE ? Year of the Pig ??
Reply to  johnny rotten

your senile brains are half rotten hindering your smelling ability