The Syrian army and the National Defense Forces (NDF) have retaken the Hayan gas field from ISIS terrorists in the eastern part of the Syrian province of Homs, according to preliminary reports.

The army and the NDF launched an attack on the Hayan gas field yesterday and clashes were ongoing in the area earlier today. About a hour ago first reports appeared that the gas field was liberated by government forces.

The ISIS blazed the gas field yesterday, most likely, preparing to retreat from the area. 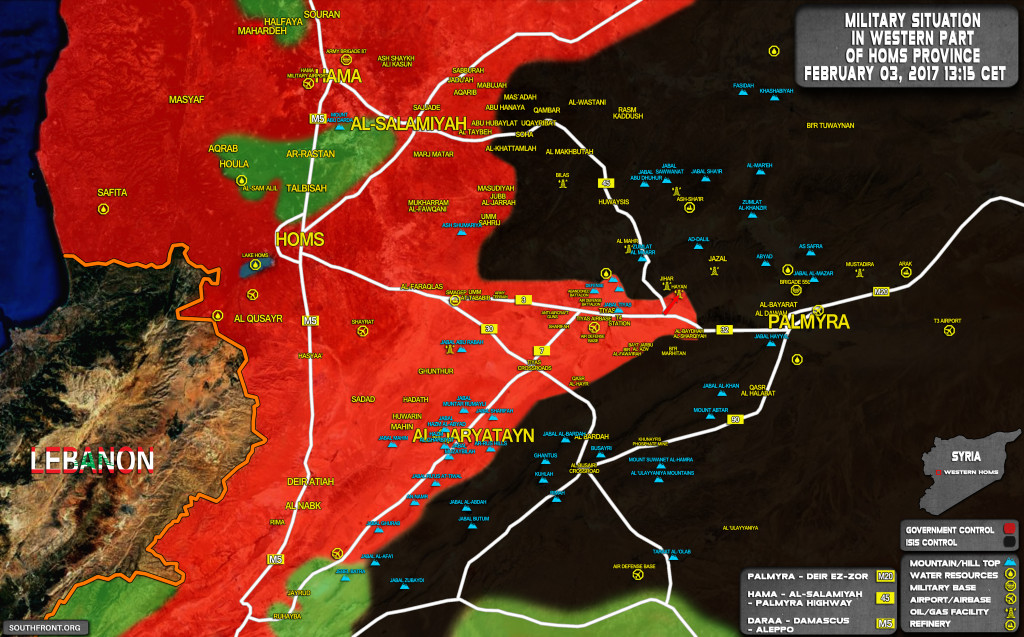