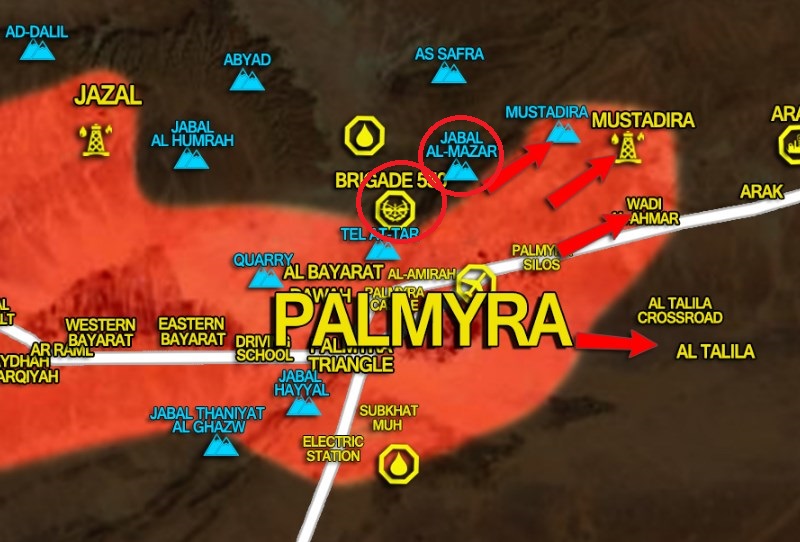 The Syrian army and the National Defense Forces (NDF) have retaken control of the Al-Mazar Mountaion (marked by a red circle) north of the ancient city of Palmyra.

The control over the Al-Mazar Mountaion also allowed government forces to seize the nearby military depots (marked by a red circle) and to secure the northern flank of the ancient city from a possible attack from ISIS terrorists.

Governent forces are seeking to retake hill tops and mounains north of Palmyra in order to avoid the situation when ISIS is able to attack the government-held area near the ancient city from this direction.

Abyad mountain is very important.If it is captured the threat to palmyra will diminish with 50 percent

Day by day they will retake all the area…

I think they are overextending themselves. They should link up along Highway 45 towards Al-Salamiyah and Hama. There are a few gas fields there. Otherwise history will repeat itself when Raqqa is taken over by the SDF and the retreating Daesh run towards Palmyra.