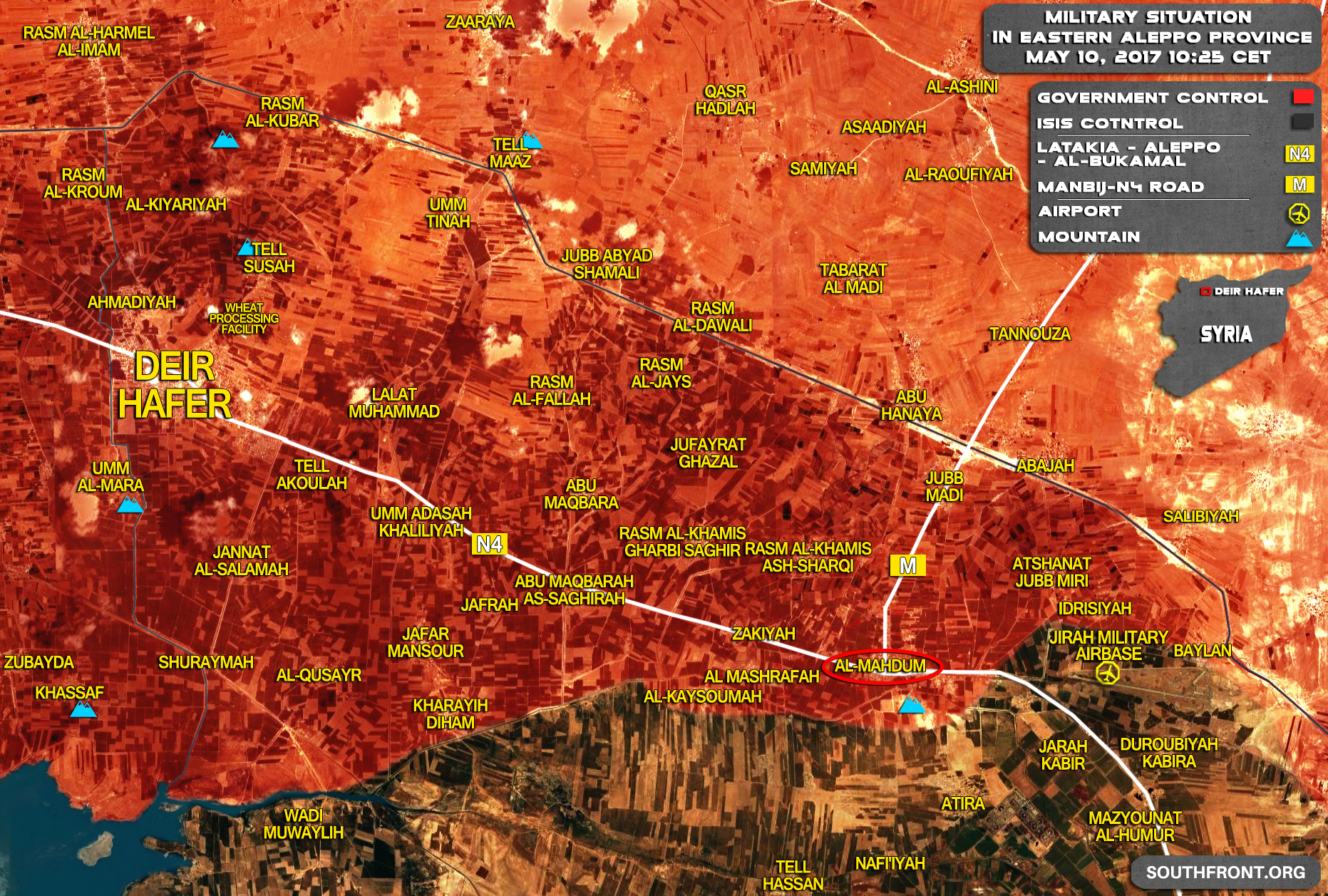 The Syrian Arab Army (SAA) and the National Defense Forces (NDF), led by the Tiger Forces, have resumed a military operation against ISIS terrorists in the eastern part of the Syrian province of Aleppo, according to pro-government sources.

Reports argue that the SAA and the NDF took control of the village of al-Mahdum that had been under control of ISIS terrorists. The problem is that government troops entered this village few months ago and since then the village had been a de-facto neutral zone.

Furthermore, no photos or videos of advancing government troops in Aleppo province are available online.

Thus, even if this advance is confirmed, it cannot be described as a real push against ISIS terrorists in the province of Aleppo.

The real indication of the resumed government operation will be an attempt to encircle the Jirah Military Airbase or to strom this ISIS defense site.

Ok, to link with SDF is a good idea.