The Syrian Armed Forces targeted a number of bomb-laden suicide motorcycles of the Islamic State (IS) terrorist group in eastern Aleppo. As result, scores of terrorists were killed and wounded. 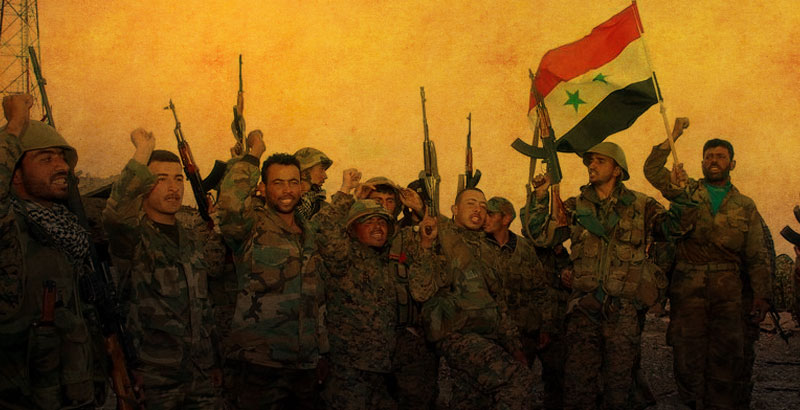 A number of bomb-laden suicide motorcycles of the Islamic State (IS) terrorist group were targeted by the Syrian Army in the area between the Air Force Academy and Kuweires Airbase in eastern Aleppo on October 1.

At least 10 explosive-laden motorcycles were used by the IS in order to break through positions of the government forces near the Air Force Academy. However, the strong defense of Syrian soldiers, deployed in the region, stopped them. As result, scores of IS terrorists were killed and wounded, while survivors retreated from the battlefield.

According to Friday’s reports, defense lines of the Jaish al-Fatah in the northern outskirts of Aleppo were heavily hit by the Syrian Army and the National Defense Forces (NDF) after the capture of the Handarat Palestinian Refugee Camp and the al-Kandi Hospital. As witnesses said, the Syrian government forces targeted strongholds of the terrorist group in al-Meidan square, Tal al-Ahmar, al-Shaqif and al-Jandoul, and ‘hurled’ terrorists behind their position. At the same time, Syrian soldiers fortified their position near the al-Kandi hospital.

What the Syrian army forces are doing is right thing to protect the world from dissemination of terrorists. No matter what countries view the government is killing innocent civilians,but the world could not forget what happened to Iraq after US invaded Iraq which fabricated ISIS because ISIS are formers Iraqi army who lost their posts after invasion. Some were Us prisoners who were released and now the creating ISIs which both Iraq and Syria. Many people who confused are saying Syria government created Isis,but fact coalition created ISIs including US because before invasion there was no ISIS.