On November 5, the joint terrorist forces – Ahrar al-Sham, Jabhat al-Nusra, the Free Syrian Army and less known militant groups, launched attacks on the Shalyout checkpoint in Abo Ubaydah area north of Mhardeh and on the School checkpoint south of Morek in the northern part of Syrian province of Hama.

The militants’ counter-attack attempted to exploit that fact that the Syrian army’s Tiger Forces had been redeployed from Hama to Aleppo province. However, they failed to break the Syrian army’s defenses in the area of Aleppo-Hama highway. Clashes have been still ongoing north of Mhardeh.

Yesterday the government forces took control of the Manasher hill, the SyriaTell hill and the School checkpoint south of Morek along the Aleppo-Hama highway. 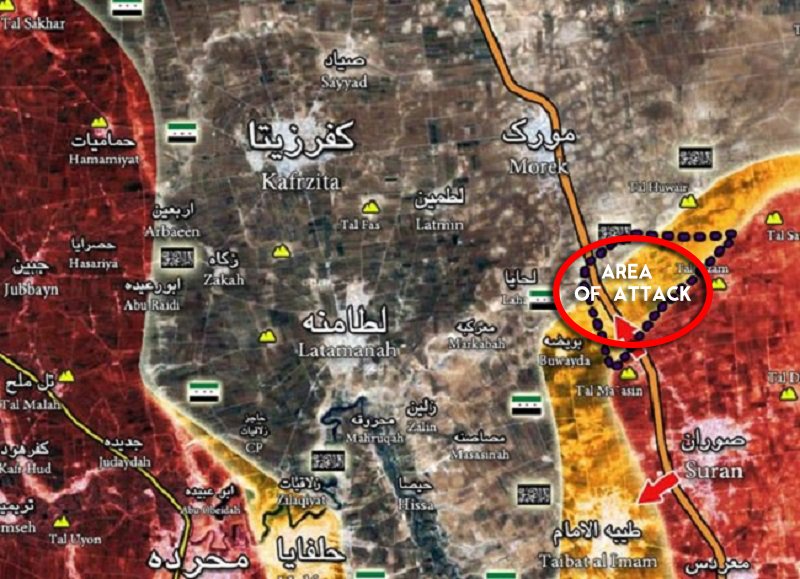