The Syrian army and the National Defense Forces (NDF) have repelled a joint attack of Jaish al-Islam and Jabhat Fatah al-Sham on the village of al-Qasimiyah in the Eastern Ghouta region near the Syrian capital, Damascus.

Clashes in the area had been ongoing since yesterday. As a result of a series of the fighting, the army and the NDF secured the area of the village on December 27.

Pro-government sources also reported curtain progress at Nashabiyah, but didn’t provide photos or videos from the ground. If clashes continue in the  region, Nashabiyah will likely fall to the hands of the Syrian army. 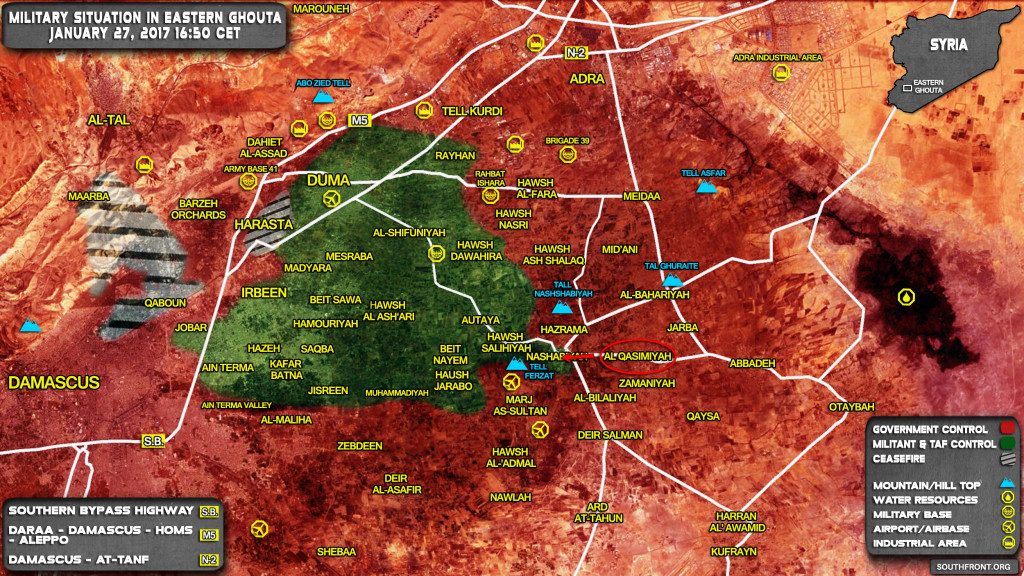 Fighting together in EG and fighting each other in Idlib.