On Friday, the Syrian Arab Army (SAA) and Hezbollah repelled an ISIS attack and fully secured the al-Sukhnah-Deir Ezzor highway, according to the Hezbollah media wing in Syria.

This report should mean that the SAA recaptured Bir Ghabaghib and al-Shula villages on the al-Sukhnah – Deir Ezzor highway, as it is impossible to secure the highway without capturing the two villages.

However, these claims still have to be confirmed.

The SAA and its allies also repelled ISIS attack on the T-3 station south of Palmyra city in the eastern Homs countryside. Pro-government sources said that ISIS attacked the station with 2 VBIEDs. However, the SAA managed to hold into the station and protected the ammo depot inside it.

Earlier the SAA, backed by the Tiger Forces and Hezbollah, started its counter-attack to secure the al-Sukhnah-Deir Ezzor highway.

Pro-government sources claimed that ISIS attacked the SAA positions on the al-Sukhnah-Deir Ezzor highway with more than 12 VBIEDs on Thursday. The sources also claimed that ISIS redeployed large forces from Iraq to Syria to carry out the attack against the SAA.

Bravo, we were worried for a second.
So ISIS concentrated it’s strength, weakened it’s lines in Iraq and couldn’t do a damn. Is it possible that some of the huge amount of arms the US sent to it’s proxy, SDF, find it’s way into ISIS’s hands? Surely they can’t buy new arms from Omar the grocer on the corner of street to replenish their exhausted supplies.

I think it’s time for a Tiger spam. Where are you dude?

I thin the American ISIS lines are severely stretched. ISIS would need even more expansive support from its SDF allies.

Good. That means defences are now so strong that they can resist large scale powerfull attacks. Now the airforce can strike all them sitting ducks to finish them off

Thanks to the Russian intervention the skies do not currently belong entirely to the Zionist NATO air forces in full on assault on Syrian Government forces.

yeah that would be horror scenario

You must also give credit to the Syrian air forces.

SAA intelligence gathering does not exist and this is why ISIS was able surprise SAA. SAA has learn very little during the SYria war

Intelligence services need restructuring. Less of a military role but purely for gathering info. I think its a different story in northern Syria.

Are you retarded or American ? – same thing really hey ?.

Time to destroy the ISIS reserves from Iraq, Russian Air Force and gunships will kebab them in the open desert.

A “shish Kebab” I hope – also eliminate the Yanks to get the big fat “Big Yank Mac”.

Glad to hear it. :)
Yesterday’s news was starting to worry me a bit.
24 hours later the road is open.
GO TIGERS GO (where ever they are?) 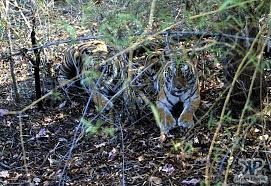 GO TIGERS GO (where ever they are?)

they are worrying on monkey :D

The Gibon moves so fast, dam those ISIS monkeys ! :DDDD

This can’t be verfied hence the Road is very long to secure. What they are trying to say is that both ISIS and SAA are present on the highway. Definitely not secured? and Impossible to secure logically thinking without going over the road meter for meter and cleaning the villages and hilltops close by.

Don’t get so stressed out Porky !
There are now three routs into Deir Ezzor, not one.
You need to chill out a bit, go grab a cold one.

You should say “go shoot a palestinian kid”, that is what israeli zionist pigs do to vent their frustrations.

capture alive terrorist isis and jail them in septic tank that full of human feces until they dead poison by carbon monoxide and amoniax.

i guarantee, isis will regret ever born in this world..