The Syrian Army has repelled an ISIS attack in the area of Tal Barakat in eastern al-Suwayda and has advanced on ISIS positions in the areas of al-Qara and al-Wakka, according to pro-government sources. At the same time, the areas of Aura, Khirbat Jarbu and Hibbariyah have remained in the hands of ISIS terrorists.

Government troops launched an operation against ISIS cells in eastern al-Suwayda on June 2. Since then, intense clashes are ongoing in the area. Initially, it was expected that the Syrian Army will easily re-establish the law and order in this part of the province. However, the situation appeared to be much more complicated. 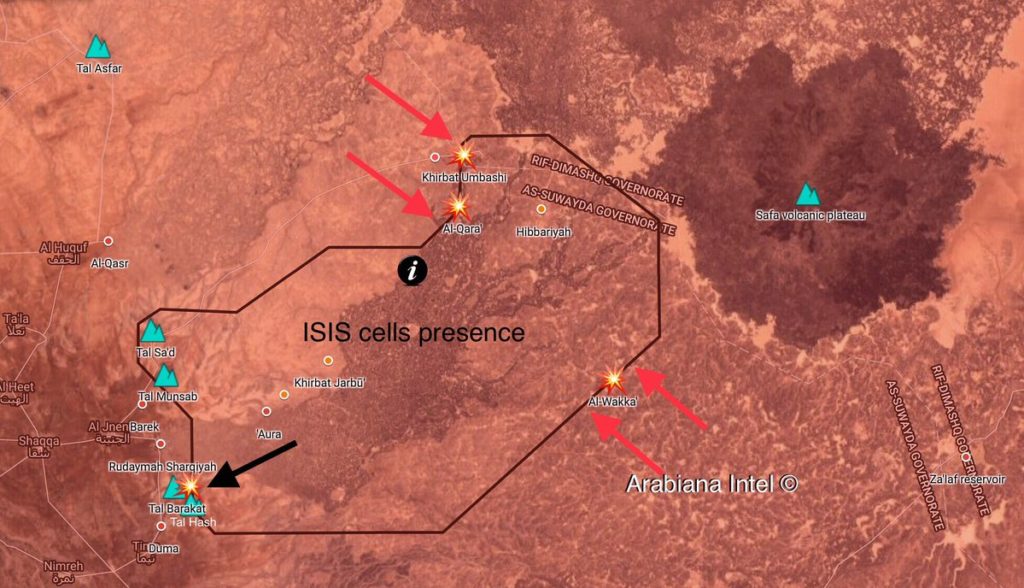 retards like him, never feel nervous requires brains for that. But he sure looks like a bad joke.

Uh, this comment section is to discuss the article, not whatever this brand of humor is supposed to be. Rhetorical. Go away.

She looks like “tiger” ?!!? Germany is occupied country and she is old Stasi pro-emigrant mad cow and US stooge.

Are you German Stephen? Or you are just into old ladies….like Emanuel Micron.

well he is the old hag admirer so ………….. because to me that is exactly how she look like a very ugly bitch on wheels.

That is not what biased means. You are highly opinionated.

still haven’t read how the “SAA doesn’t know the technical aspects of COIN from you”.