The Syrian Arab Army (SAA) has repelled an ISIS attack on its points in the Al-Jbileh  neighborhood in the city of Deir Ezzor.

The SAA also targeted ISIS fighters around the Deir Ezzor airport and the 137th base and the cemetery area. Some 14 ISIS fighters were reportedly killed in the clashes.

ISIS fighters also destroyed an SAA tank with an ATGM in the Hrab mountain. 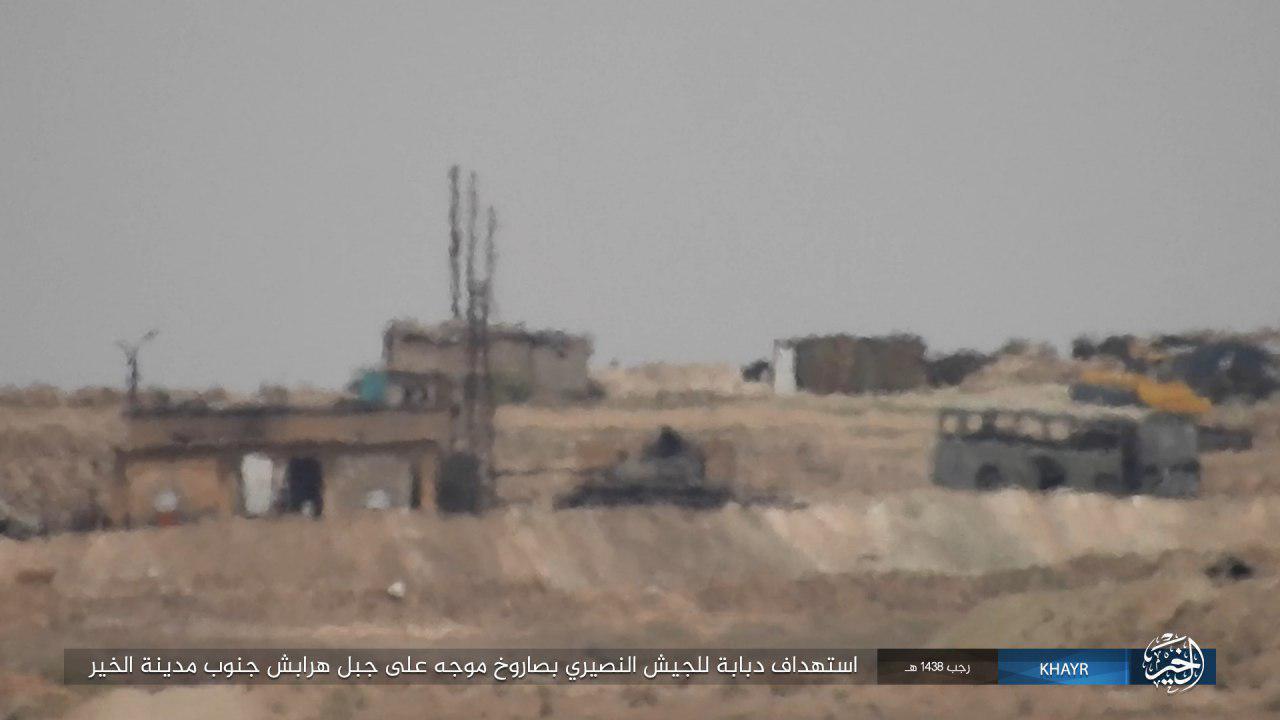 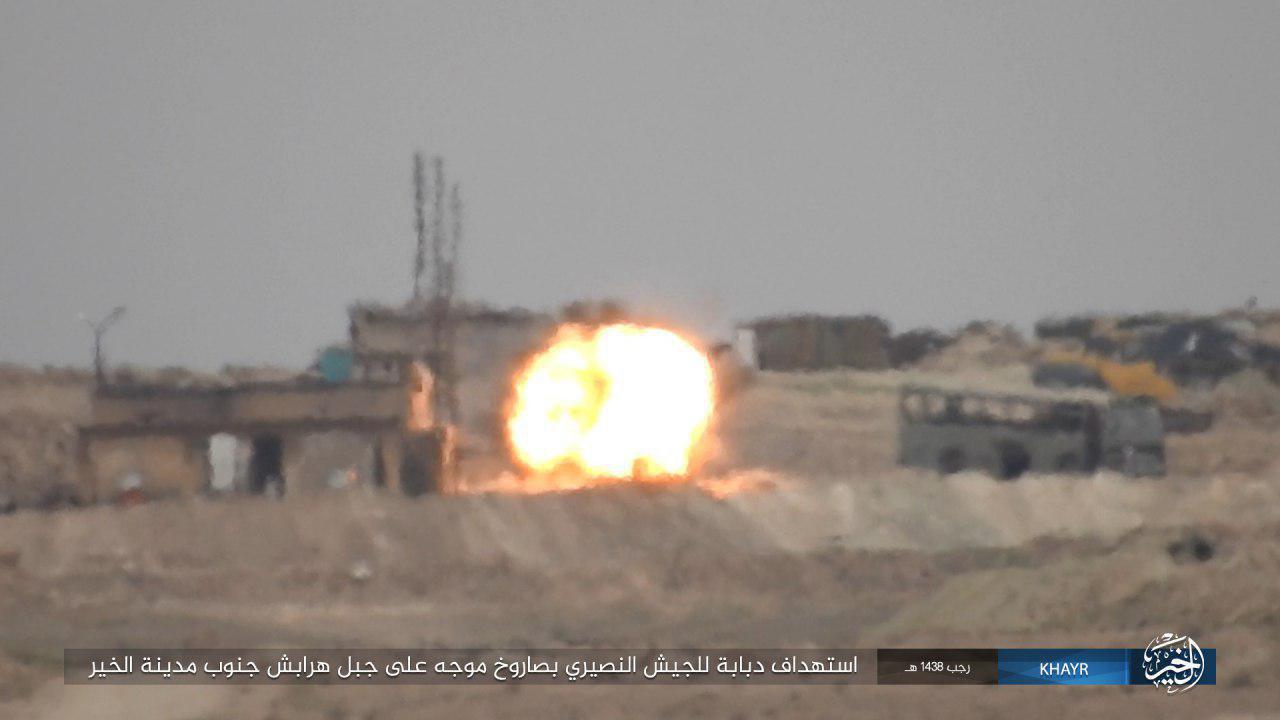 According to sources from the city, some “clashes” between civilians and the ISIS security forces “Hisbah” took place in the Al-Muhssine town in the Deir Ezzor countryside. Hisbah arrested many civilians in the aftermath of this incident.

On April 13, the Russian Air Force dropped over 14 tons of humanitarian aid for civilians in Deir Ezzor. According to pro-government sources, the Syrian Air force is also increasing its air drops for the SAA in the Deir Ezzor airport following the recent ISIS attacks. 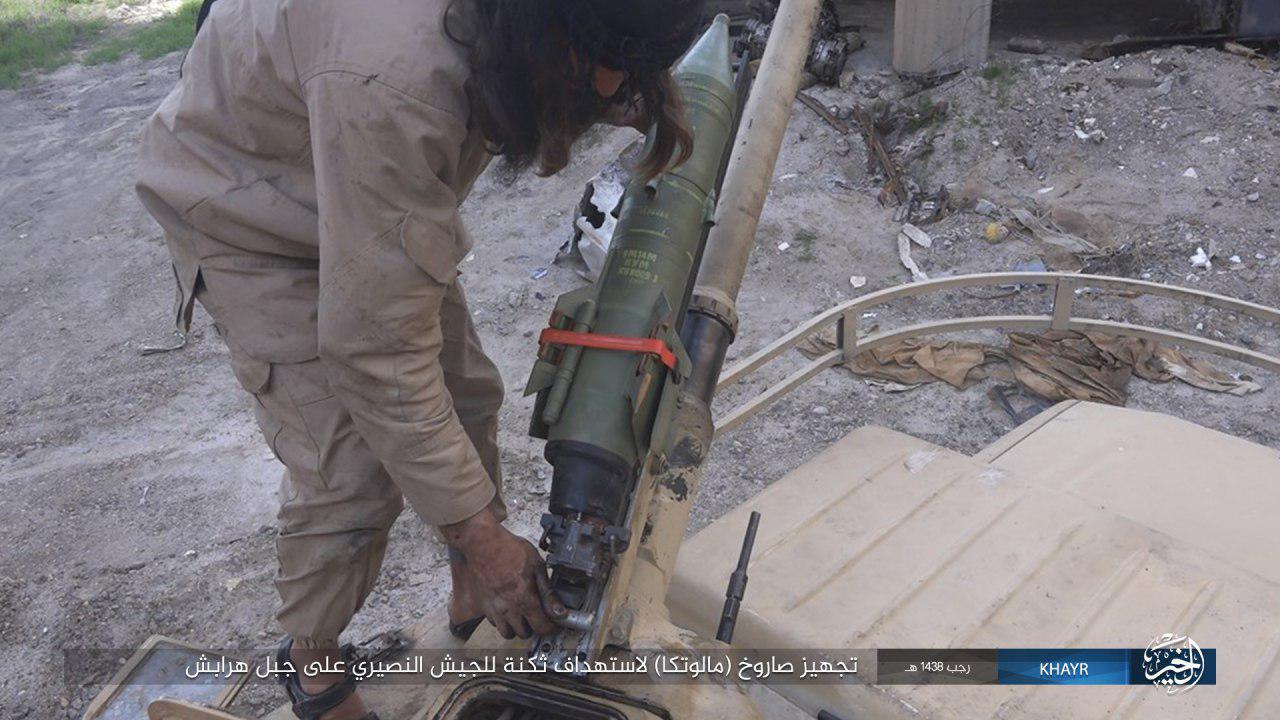 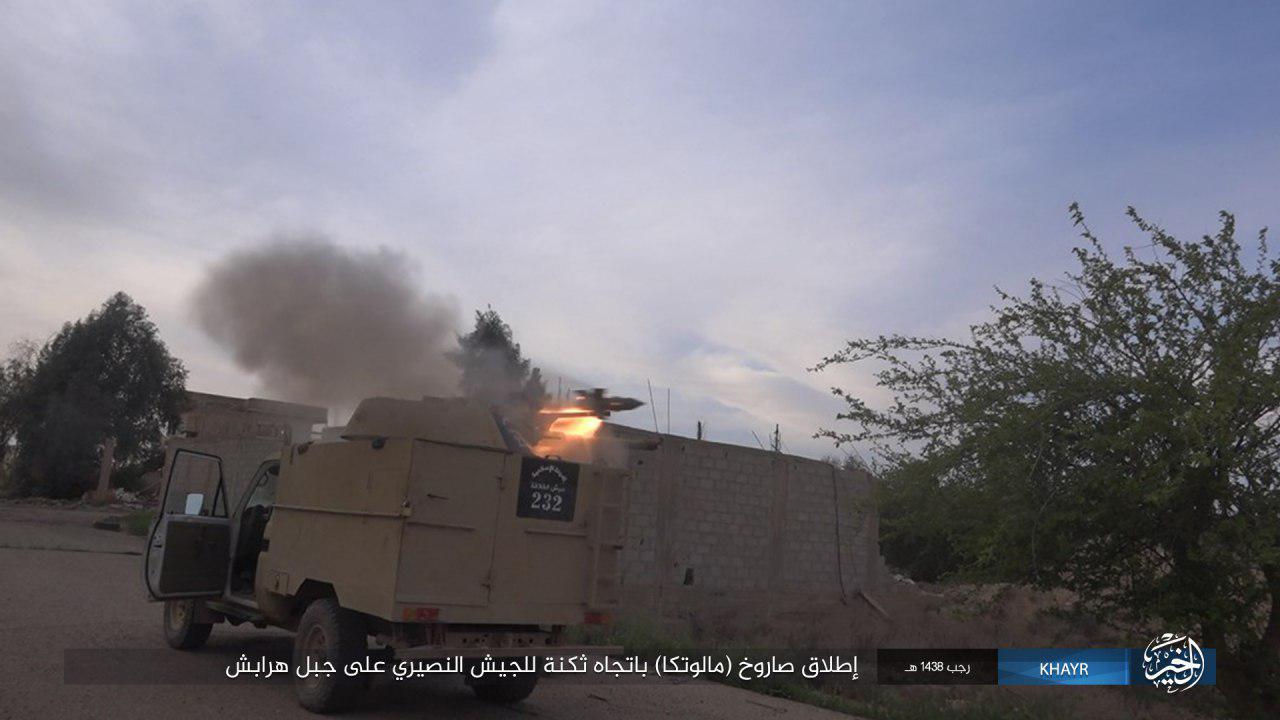 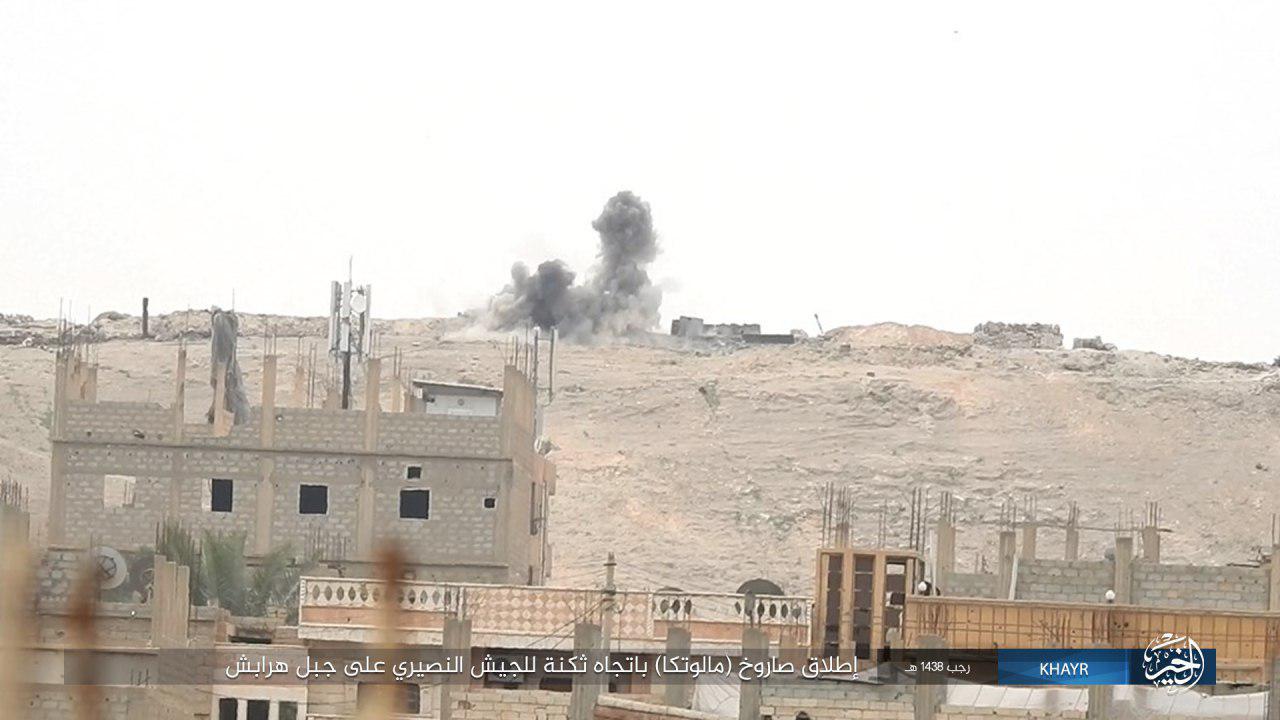 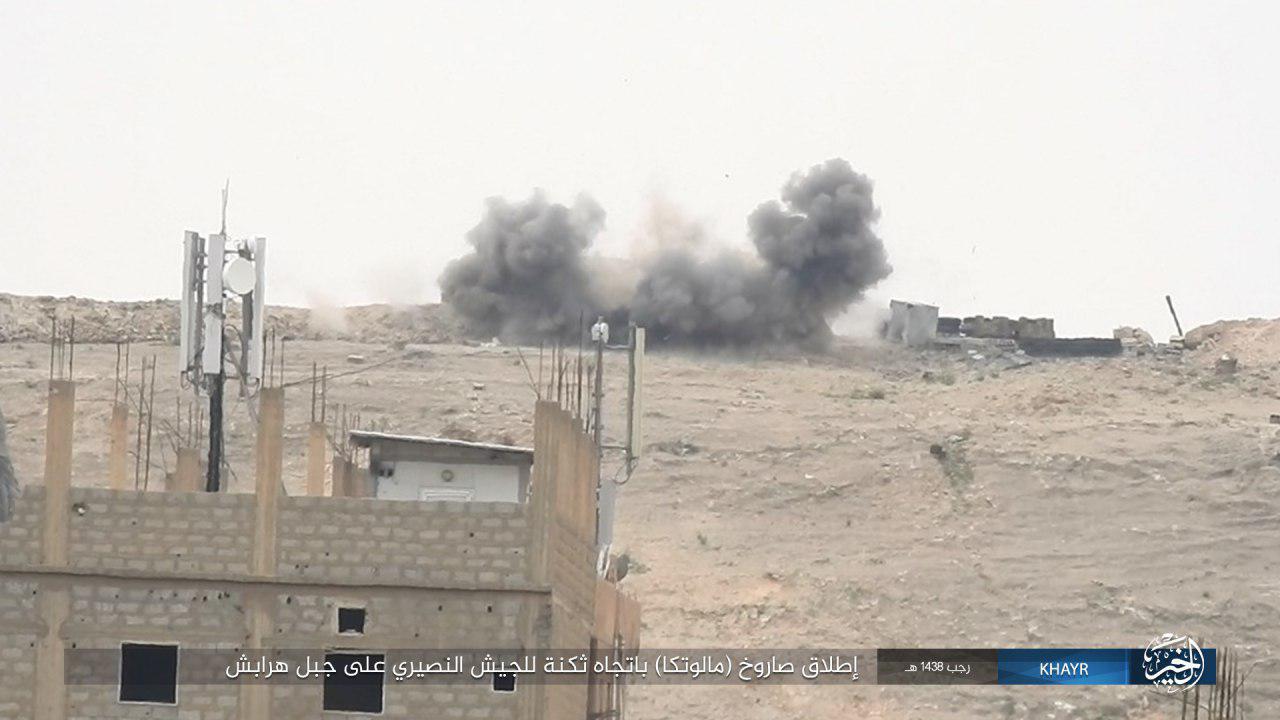 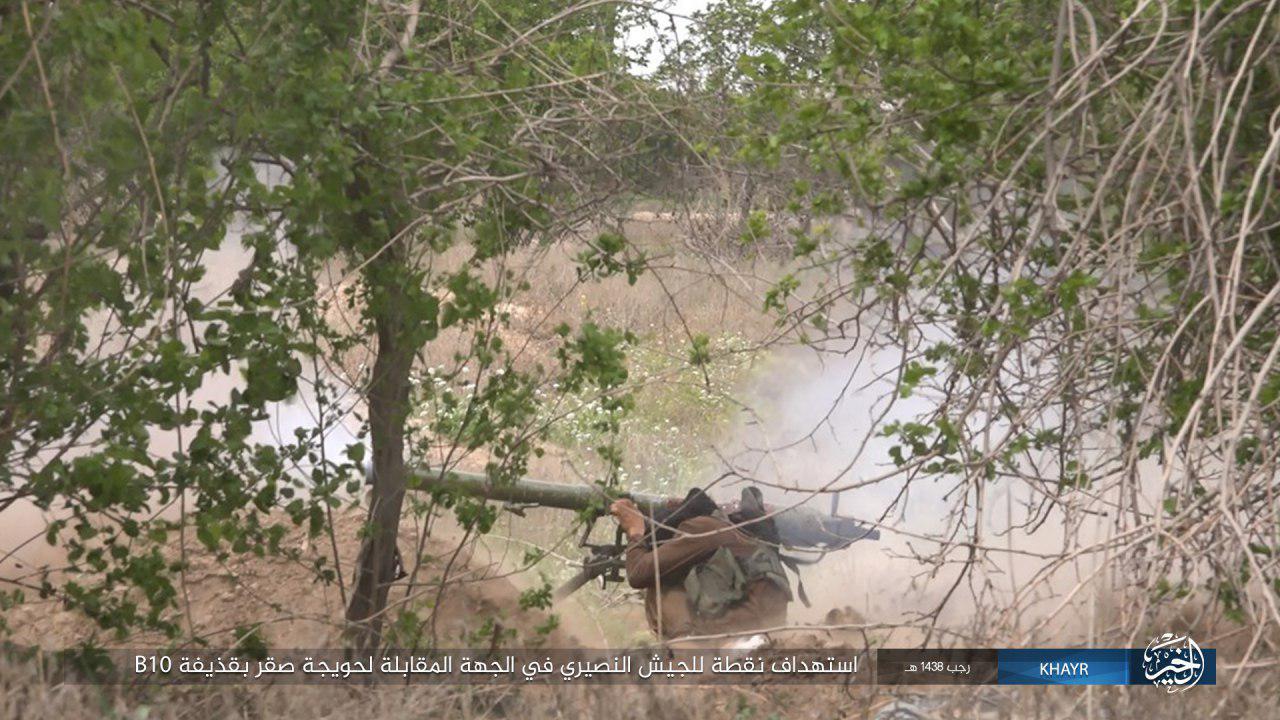 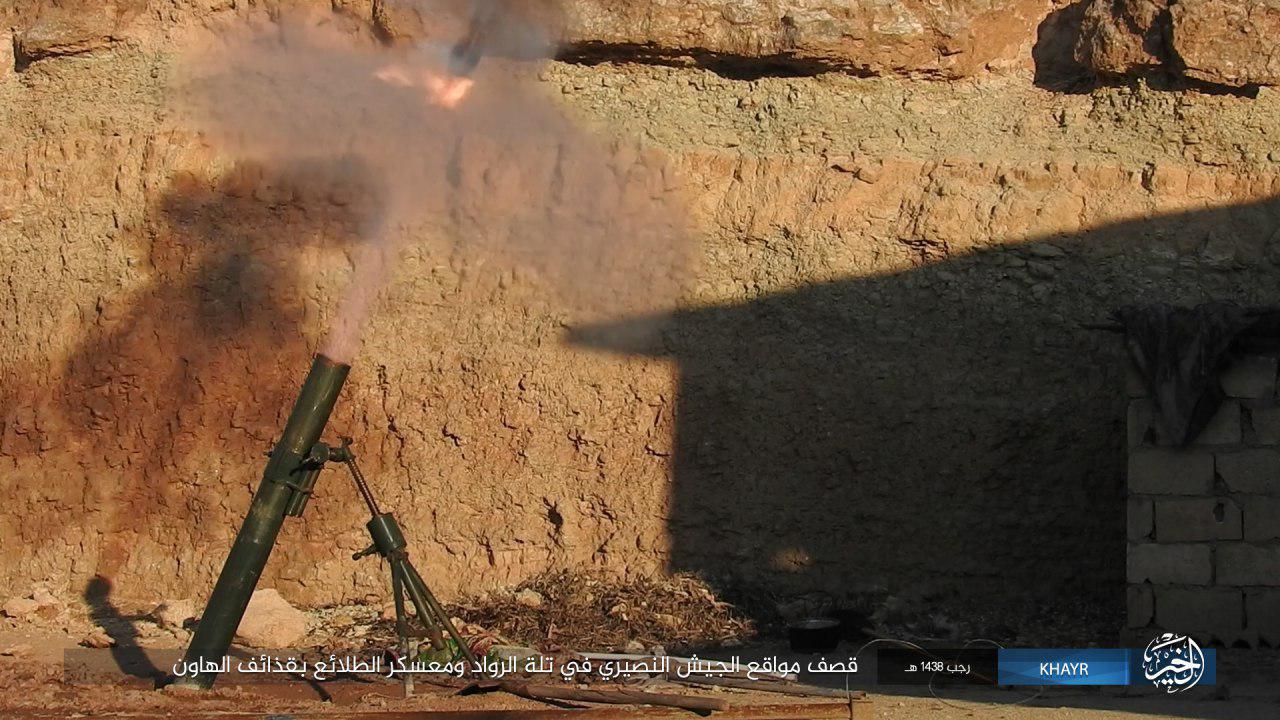 good job SAA hope you can replace that tank too!

Major General Issam Zahreddine and his men, even being besieged for multiple years, keep giving ISIS a headache. ISIS throws thousands of men at Deir-ez-Zor, and the few hundred SAA members protecting the city keep beating back the “Mujahideen”.

These attacks are the last gasp for ISIS and other Israeli – Saudi – USA terrorist head choppers. They thought the missile strike would demoralize the Syrian Arab army and get Russia to back down. They thought wrong. Russia can’t back down its vital interests are at stake. Putin and Lavrov probably told that child molester Tillerson that.

The same for China with North Korea. If the insane racist supremacist Jews order their USA puppet to attack North Korea, North Korea will use its nukes, both Koreas will be totally destroyed and so will the USA bases and cities like Guam, Okinawa, probably Pearl Harbor Hawaii, Los Angeles and San Francisco will all get nuked, total collapse of USA economy and probably violent revolution and the overthrow of the Zionist USA government.