On September 1, the Syrian Arab Army (SAA) repelled an attack of ISIS fighters on its positions around the Hatil Dam north of the governorate of al-Suwayda, according to the al-Suwayda 24 blog.

“Three personnel of the army were martyred and 13 others were wounded, they were transported to al-Suwayda’s hospitals, on the other side at least seven terrorists were killed,” a source in the SAA told the Syria-based blog.

The SAA captured the Hatil Dam earlier this week after heavy clashes with ISIS fighters. According to al-Suwayda 24, the dam is one of the very few water resources in the area of al-Safa, which explains the terrorist group attempt to recapture it.

Meanwhile, the Syrian Arab News Agency (SANA) reported that warplanes of the Syrian Arab Air Force (SyAAF) and the SAA artillery struck several positions and fortifications of ISIS in al-Safa. As a result, several members of the terrorist group were killed and injured.

Despite having a superior fire power, the SAA is still advancing slowly inside and around al-Safa in order to ensure the safety of around 30 civilian hostages, who were abducted by the terrorist group earlier this month.

You know that Wahhabis lies?

No,, undercover zionists; Jews don’t have anything to do with those antisemite slags.

I don’t trust these Abramic Religions at all…they were used for Burning Witches, Bad things & Created a Lot of Wars….and they talk about a god of love? It has been a God of Destruction for Ages…

SAA ARE MASTERS AT REPELLING AND KILLING RATS!!! :)))

The rats may be getting a bit thirsty.
Off topic: Our company shit caned our new QA “manager” yesterday.
And the VP brought in our IT guy to help out as I predicted.
I am in celebration mode right now, :))))

haha cool :)) i am still looking for a job and taking my last test this tuesday, please wish me luck :)))

I found this one pretty quick. 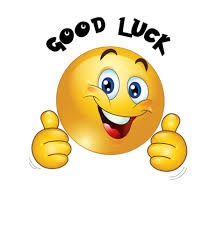 Good luck mate, I’ve been working since mid-July, which is a bit of a relief. Took the babe out for a meal last night.

Well done, I know going back to school and training can be a bitch. :) 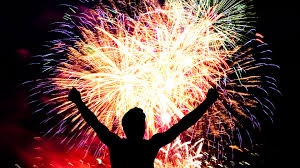 thank you sir!! and the girl, i think she unblocked me on facebook, and liked my post, i hope she is coming back to me :)))

And we will bring them DEVASTATION!

No foto, no maps, no video (ok some scenes we saw) … But, very strange…Anna News also didnt made any video back from Basalt operation, general Suheil is disappeared,Ivan Sidorenko disappeared…. What is happening???!!

They got tired of playing Whack-a-Mole with ISIS so left for Idlib.

dont know, maybe twitter just deleted his account because he was spreading the truth, but i hope they are all alright

The Americans will never give up, to them not winning is worse than death, their culture abhors the weak. If they can’t win, they rewrite history, like they did in Korea and Vietnam.

Southfront, any chance of a report on the condition of the Syrian Air Force? Have the Allies retrained the men and refurbished the equipment? Sent modern aircraft? etc….

The SAA advance is too slow. May SAA needs to put special forces behind the enemy lines.