At least 60 terrorists have been killed during clashes between the Jabhat Fateh al-Sham terrorist group and the Syrian Army in Homs province. 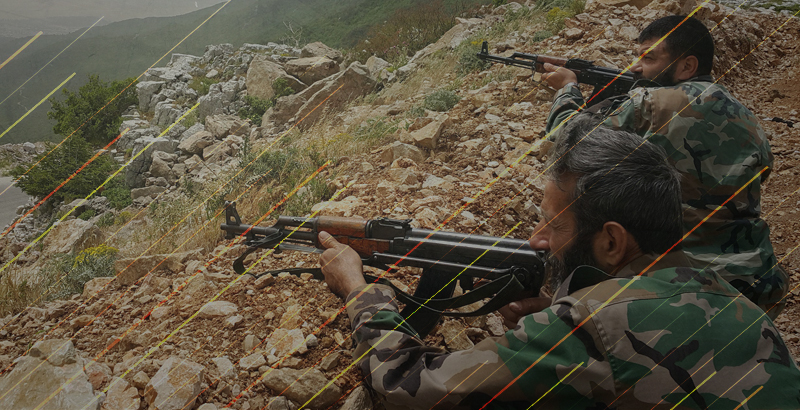 Syrian troops managed to repel an attack of Jabhat Fateh al-Sham (previously known as the al-Nusra Front) and other terrorist groups on army’s positions in the central part of Homs province. As a result, over 60 terrorists were killed and wounded.

Terrorists of Jabhat Fateh al-Sham and its allied groups launched an offensive on positions of Syrian troops, deployed in central Homs, in order to capture Ein al-Dananir town and reach the key village of al-Moshrefeh. The attack was launched from the towns of al-Amiriyeh and Ein al-Hossein Janboul. However, the Syrian Army managed to repel the attack and kill more than 15 terrorists.

Meanwhile, missile launchers of terrorists, stationed near the town of Ein al-Dananir, were targeted and destroyed by Syrian soldiers. As a result, at least 50 terrorists were killed during the army’s artillery attack.

According to earlier today’s reports, Syrian troops continued their advance against IS terrorists and took control over another strategic position, located to the west of the recently liberated Hayan oilfield. IS defense lines were stormed by the Syrian Army, which managed to drive terrorists out from the Jahar station, situated in energy-rich regions in eastern Homs. As a result, a number of terrorists were killed during the clashes, while others left the battlefield and moved to al-Abar region. Military hardware of the terrorist group also suffered major damage in the attack.

At the same time, positions of Jabhat Fateh al-Sham, located along a road, connecting al-Qantou and al-Halmouz, situated to the southeast of Jabourin village, were also targeted by the Syrian Army. A number of terrorists were killed.