The Syrian army has repelled another series of ISIS attacks in the city of Deir Ezzor.

On January 5, ISIS terrorists advanced on Syrian army positions from the northeastern and southeastern directions, engaging government troops in the areas near the Deir Ezzor Airpor, Rashidiya and Dahiya Quarter. Clashes continued until January 6, but ISIS units were not able to break the Syrian army’s defenses.

Pro-government sources report that over 20 ISIS members were killed in the clashes. But no video or photo proofs are available to confirm these claims. 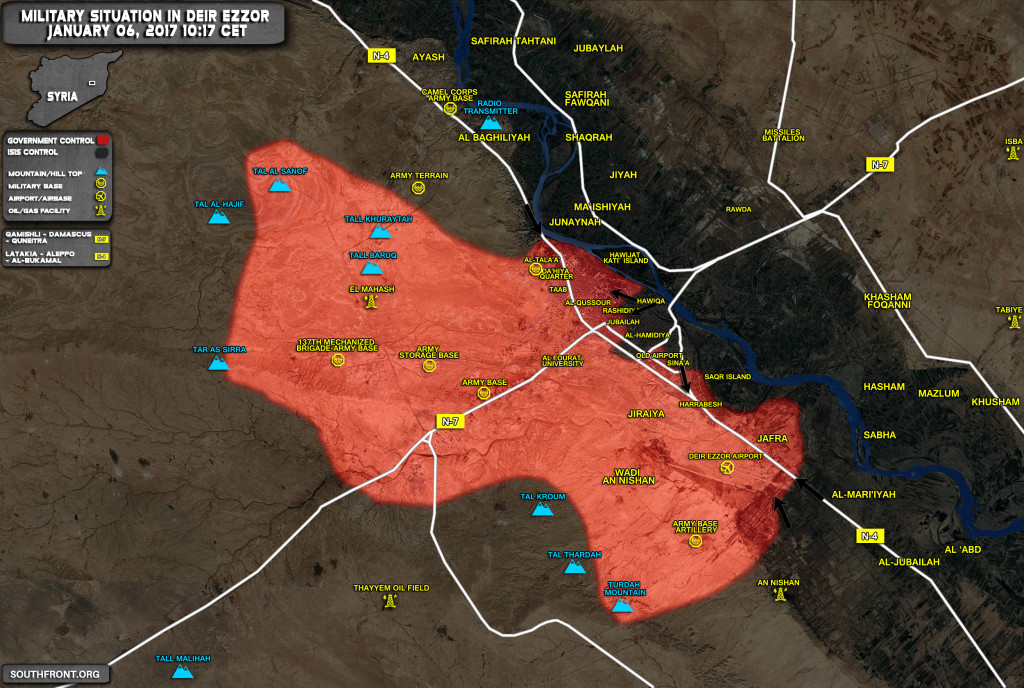 And Russia has reduced it’s forces why exactly?

Have heard the electrical as well as the water has been cut to Damascus , and that the main water feed to Aleppo from the river has recently been cut by Turkish “rebels” . Two largest cities with no water , in the middle of winter . They can’t win on the field , so they are taking out the infrastructure . Supposedly these guys want a chair at the negotiating table .