The Syrian army repelled an assault of the joint forces of the Free Syrian Army’s Southern Front and Jabhat Fatah al-Sham (formerly Jabhat al-Nusra, the Syrian branch of al-Qaeda) in the provincial capital of the Daraa province.

Militants attacked government positions in the Manshiyah neighbourhood earlier today, but suffered heavy casualties and were pushed to retreat. Pro-government sources report that up to 40 members of Jabhat Fatah al-Sham and the FSA’s Southern Front were killed in clashes.

This was the biggest escalation in the area in the recent months. The militants had used suicide vehicle-borne improvised explosive devices during their assault. This clearly indicated the level of “moderation” of the “opposition groups” involved in the operation. 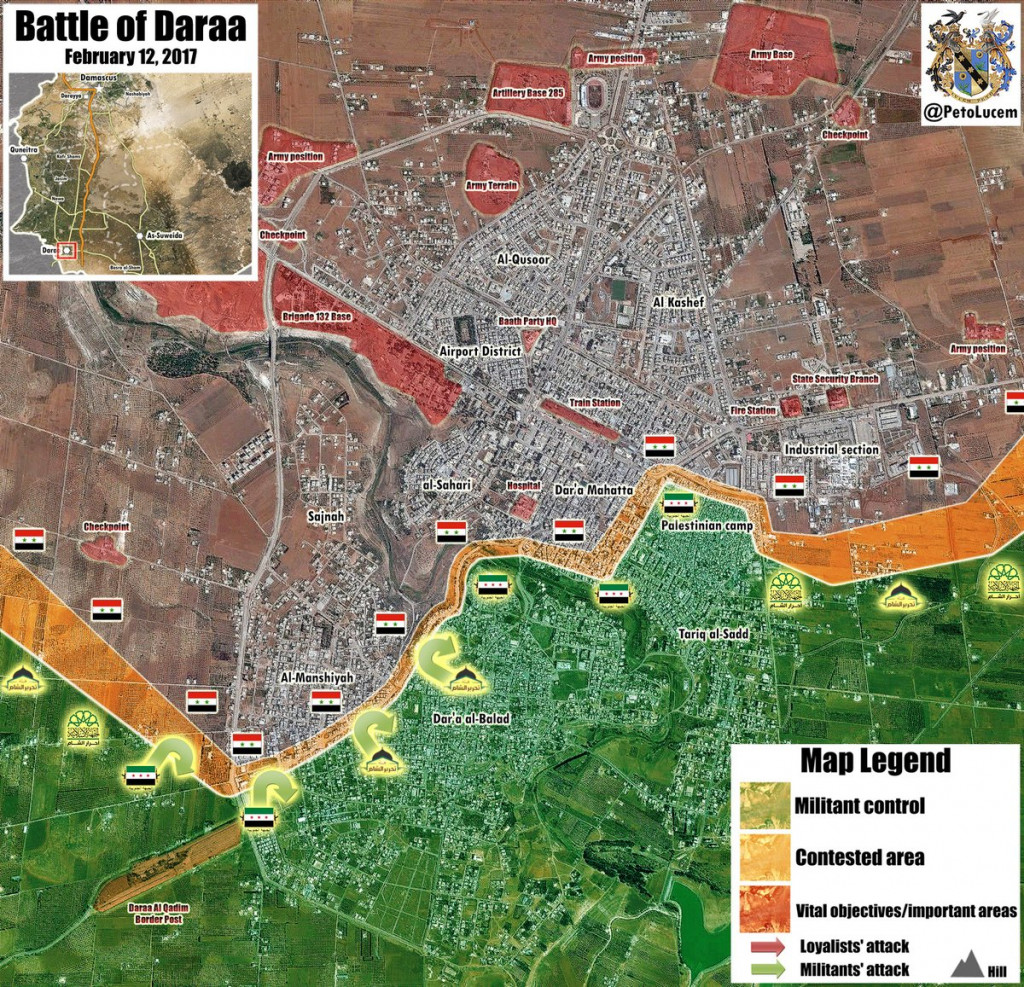 After Ghouta is finished,Daraa and everything to Jordan will be liberated.

The attack coma in waves. The 5th way will be deadly :) Already there were 3 waves.

You gotta be very brainwashed to stay surrounded like that, being wrong and criminal, causing harm to civilians and with no hope to ever win, these guys should just negotiate for their lives and surrender. Theirs is no religion, it is a death cult.

purtuguese, why am i brainwashed???

He meant the jihadists!

Yes, that is a rethoric you, it means them.

Some may surrender at the very moment when they’re about to die, others are just mentally special and wanna get themselves and their countrymen killed.

Only good “moderate” rebel is a dead rebel.

It is wrong to call foreign fighters “rebels”. Especially when they are armed and paid by foreign governments. Militants is shorthand for “mercenary terrorists”.

But you are within your rights to criticize their claims to moderation. These militants conscript children to run suicide missions and have tortured civilians. They rule by terror.