Despite the announcement of the truce across Syria, the situation remains tense in northern Latakia.

On July 6, the Syrian army repelled a major attack of the joint force of Al-Nusra, the Free Syrian Army and Turkoman units. The militants attacked from their positions near Tal Baydha region, but were not able to breach the Syrian army’s defense lines.

Tal Baydha has a strategic importance because it’s located near Turkoman region and the gates to Jabal al-Akradeh and al-Qasatel.

There are reports that the Chief of General Staff for the Syrian Arab Army, Lt. General ‘Ali ‘Abdullah Ayyoub visited northern Latakia on July 5 in order to observe preparations for the expected advance of pro-government forces in the area.

The strategic town of Kinsibba, controlled by jihadists, will likely become the main target of the pro-government forces’ operations. 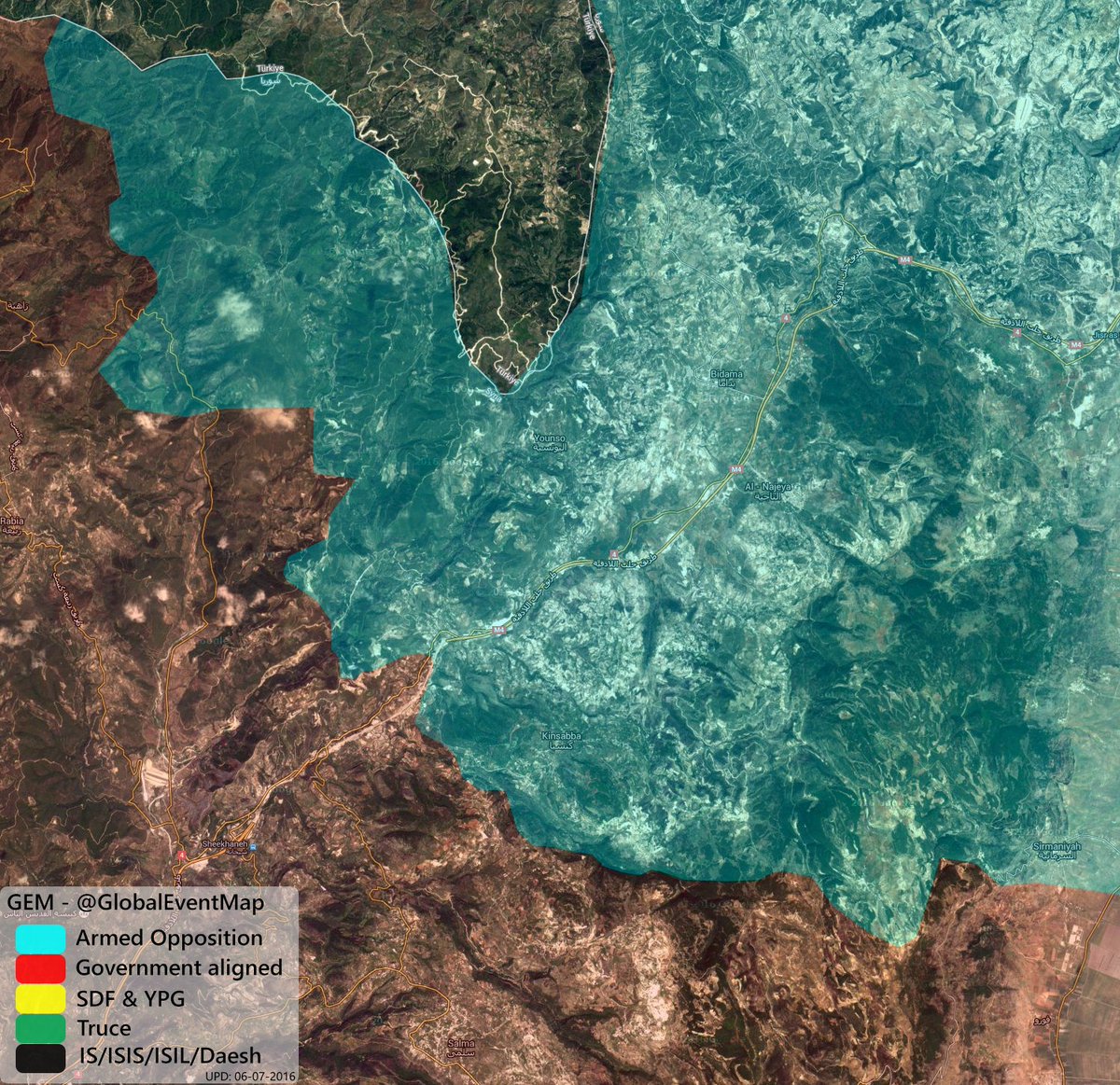 Iran, send in some Al Quads forces already. Their very name means a city partially in Israel anyway. Quite playing game, either you confront the Zionist-terrorist directly, or don’t claim to at all. Syria is in ruins, Saudi Arabia and Jordan and Turkey occupied by Zionist policies. Lebanon is threatened daily. Send in a small force of 2,000 Al Quads troops and finish off the Zio-Sunni occupying towns and citys in Syria. Then build up the brand new shiny front on Syria’s border with Israel and Jordan, and let the final countdowns begin for the mother of all battles. http://en.farsnews.com/

…I don’t even know where to begin. Everything about this comment is cringeworthy. – Hows that bitcoin scam going for you? ;)

You guys really need to moderate these comments before you are overrun with parasites like this idiot.