The Syrian Arab Army (SAA) is reinforcing its new positions in Raqqa and al-Hasakah with heavy weapons, the Syrian Arab News Agency (SANA) announced on October 23.

The state-run agency released photos showing battle tanks and in finitary fighting vehicles (IFVs) of the SAA heading towards the two northeastern governorates. 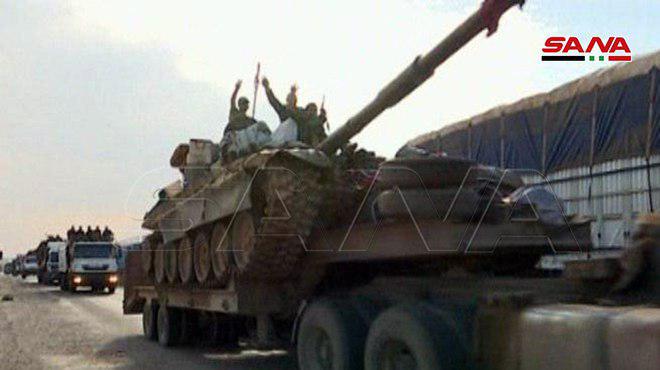 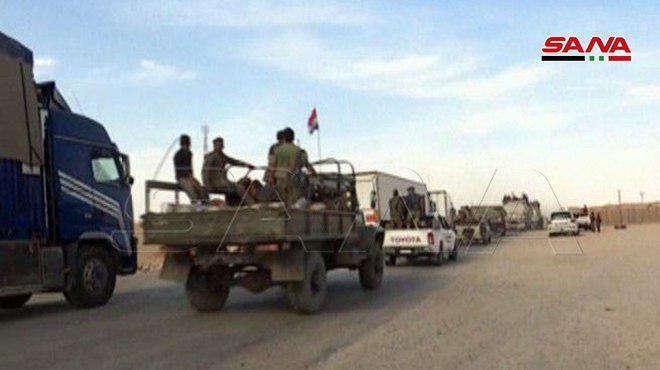 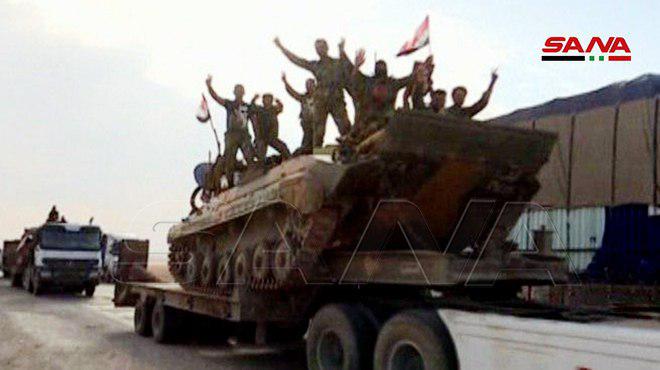 A day earlier, the Syrian military completed deployment along the Aleppo-Hasakah highway on the eastern bank of the Euphrates River.

The SAA deployment in the country’s northeastern region began earlier this month following a breakthrough agreement between the Damascus government and the Syrian Democratic Forces (SDF). The agreement is aimed at countering the threat of a Turkish invasion.

Besides deploying its troops along the Aleppo-Hasakah highway, the SAA will also establish 15 observation posts along the border with Turkey as a part of the recent Russian-Turkish agreement.

howitzer and rocket launchers,lot of rockers launcher and aird defense is a must ,the Turks have ottoman empire ambitions back on they feet.

I hope that SAA will do good job, it might be needed to be 100% ready.

Read very well: “the SAA will also establish 15 observation posts along the border with Turkey as a part of the recent Russian-Turkish agreement.” The agreement is Russian-Turkish and on the behest of one of these powers the SAA will establish posts. So it’s official, Syria is a Russian vassal state. The real deal, the major deal is, of course, between Russia and the US (somewhat with Turkey). The US has accepted defeat over Syria (no problem for Trump, since it wasn’t his war) and also cedes Syria to Russia as their permanent zone of interest (i.e. vassal state). Turkey has been apeased by granting a buffer zone and Iran gets economic benefits as well as a road through Syria. At least for this US administration, regime change in Syria is off the table, since a deal has been reached with Russia. Also, B. Al-Asad has proven to be sufficiently docile, no need to remove him. It will be interesting to see, what the US got in return; probably assurances over Saudi-Arabia… let’s watch Ukraine very closely as well (ah, and something about Israel will have been included).

the S.a.a is very weak it cannot take turkey or the fsa i think the russians cut a very good deal for them at the moment .

I think the US received zero, aside from being outplayed for the umpteenth time. In addition to losing control of most of nothern Syria, they have now been informed that their troops who moved to Iraq from Syria, are not allowed to stay in Iraq. The DoD is scrambling.

If there was collaboration, it was probably between Syria, Turkey and Russian, as well as Iran. The US has not shown any realpolitik capability in years, unless they had overwhelming power. Especially with people like Pompeo, Mr. Trump and the other lunatics running the show from across the pond, there is nobody around that can cut real deals.

A lot of people talk about this country or that country being vassal states. That is a term way to easily applied. My take Davki. I wish well to you.

Syria was a client state of the Soviet Union for many decades, buying their military hardware from Soviets, and leasing out the Tartus naval base to Soviets from 1971-1991. Likewise, Syria has now been a client state of post-Soviet Russia for decades, buying parts and upgrades for their existing military hardware, and Russia actually waiving the majority of Syria’s outstanding financial debts to former Soviet Union in 2005, creating beneficial new hardware deals for Syrians – and Syria continues leasing the naval base to Russia, which had been largely inactive until the NATO -Gulf State war proxy war on Syria – when it was both threatened and came back into significant use.

So it’s official, Syria is a Russian vassal state

well I do think they are more Independent of Germany and Japan, just to mention the larger american colonies

dissident 2;0 and really agent us zionist!!!