On Tuesday night, the Syrian Armed Forces, led by the 333rd Brigade of the Syrian Air Force Intelligence and Defense Companies of the Tiger Forces, have launched a new offensive east of Salamiyah in Hama province. The attack has been targeted the main IS oil pipeline.

During the fighting in the area to the East of Abu Hanna, the Syrian Armed Forces have destroyed two mine-infested vehicles of the terrorist group, as well as killed a large number of IS militants within one day. The government forces have regained the control over the entire territory that was lost during the attack of terrorists a few days ago.

On the afternoon of July 19, the Syrian Army supported by aircraft has also attacked the IS positions in the Southeast of the village Mabudzha. The results of the fighting in the area are unknown.

In the east of Hama province the IS periodically tries to attack, but the group doesn’t have enough forces for a breakthrough. The Syrian army also can’t organize the attack – the main forces focused on other key areas – Aleppo, Latakia and Damascus. 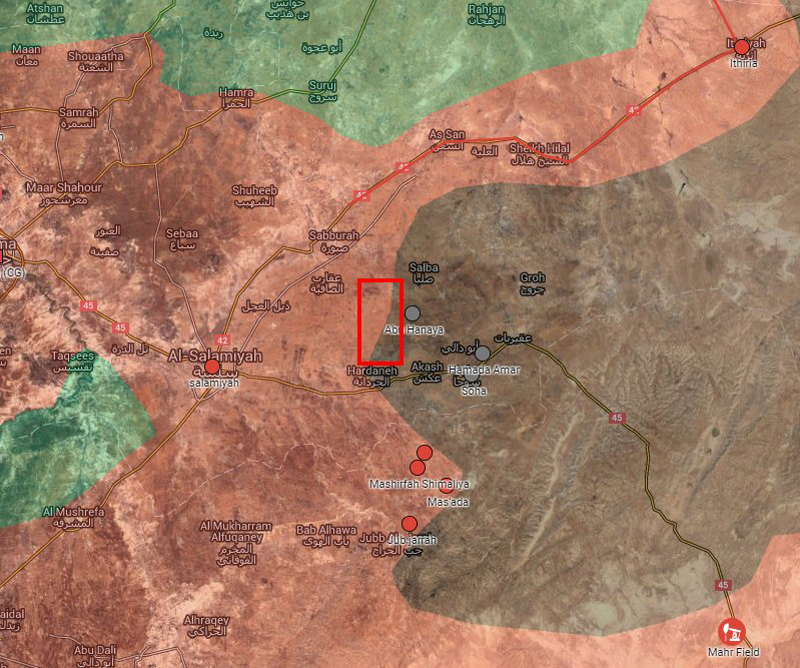