The Syrian army and the National Defense Forces (NDF) have reagined control over the strategic town of Humaymah al-Kabira west of the ISIS stronghold of Deir Hafer in the province of Aleppo.

Humaymah al-Kabira is located at an imporatnt crossroad west of Deir Hafer.

The army and the NDF delivered this blow to the ISIS terrorist group amid an intense fighting in the area of the  Jirah Airbase where ISIS had deployed notable reinforcements.

If the terroirst group redeplyos forces from the Jirah Airbase to the Dier Hafer front, it will lost the airbase. If ISIS ingores the treat to Deir Hafer, government forces will likely launch a storm of the town. 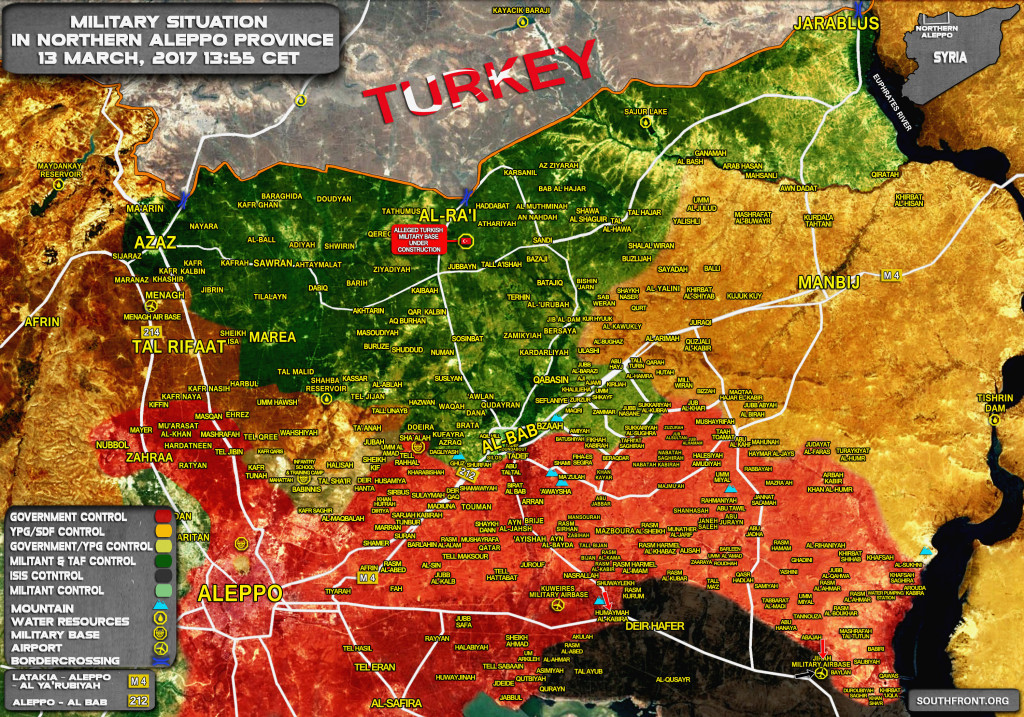 I hope ISIS is not reading this website, for it has valuable Intel, but this makes me so happy ?

I don’t believe that the average ISIS fellah has internet access anymore and if he does, then is reading Google Maps trying to find the safest route out of the doomed caliphate.

I knew it would come down to this once ISIS started to run away from the Kurds, who knew they lacked the manpower to fight off daily assaults at multiple regional locations and had to siphon off fighters from nearby towns and villages to bolster their front line defenses.