On July 14, the Syrian Arab Army (SAA) and its allies liberated the settlements of Inkhil, Khirbat Siryah and Jasim as well as the hills of Mutawaq Kabir and Khirbat Mutawaq in the area north of the recently liberated city of Daraa, according to pro-government sources.

On July 15, SAA troops continued their advance aiming to captured the village of al-Harah and nearby points, which are currently in the hands of militants. Pro-militant sources say that the advance is supported by milited airstrikes of the Syrina Air Force.

Considering the recent developments in the southern province of Daraa, militant groups in the area are unlikely ready for any real battle against the SAA. The key question when will they accept a surrender agreement. 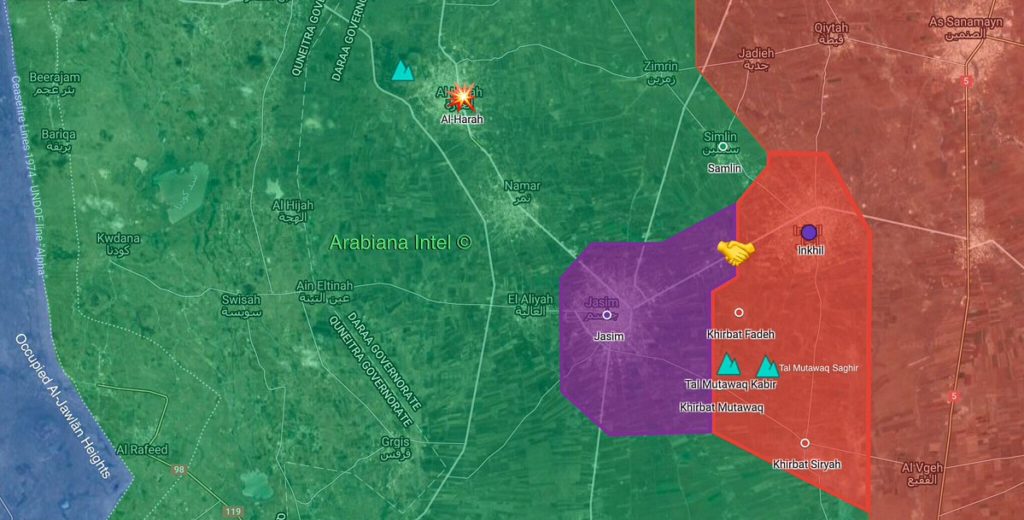 In fact US and Israel were holding these Syrian nation in Daraa hostage by their hired proxies. Their proxies numbers are few and holding peaceful Syrian nation. Now they got the chance to be freed from the child butchers US and Israeli proxies.

Well done heroes of SAA, Russia, Palestine and of their allies.

yes the tell al-harrah the point the most importante ultras strategique!!! of golan and quneitra!!

US and lapdoggie countries are going to evacuate about 1000 white helmet terrorists along with their CIA buddies out of Syria.