The Syrian army has re-seized the villages of Marj al Zawiya, Beit Janaworo, Ayn al Ghazal from the Jihadists alliance in northern Latakia.

Heavy clashes have been ongoing in the area since today morning when the joint force of Al Nusra, the Free Syrian Army and Jaysh Al-Fateh launched an offensive and captured the strategic town of Kinsibba and some nearby vilalges from the Syrian army.

By evening, pro-government forces have regrupped after the jihadists attacks and launched counter-offensive to retake Kinsibba. 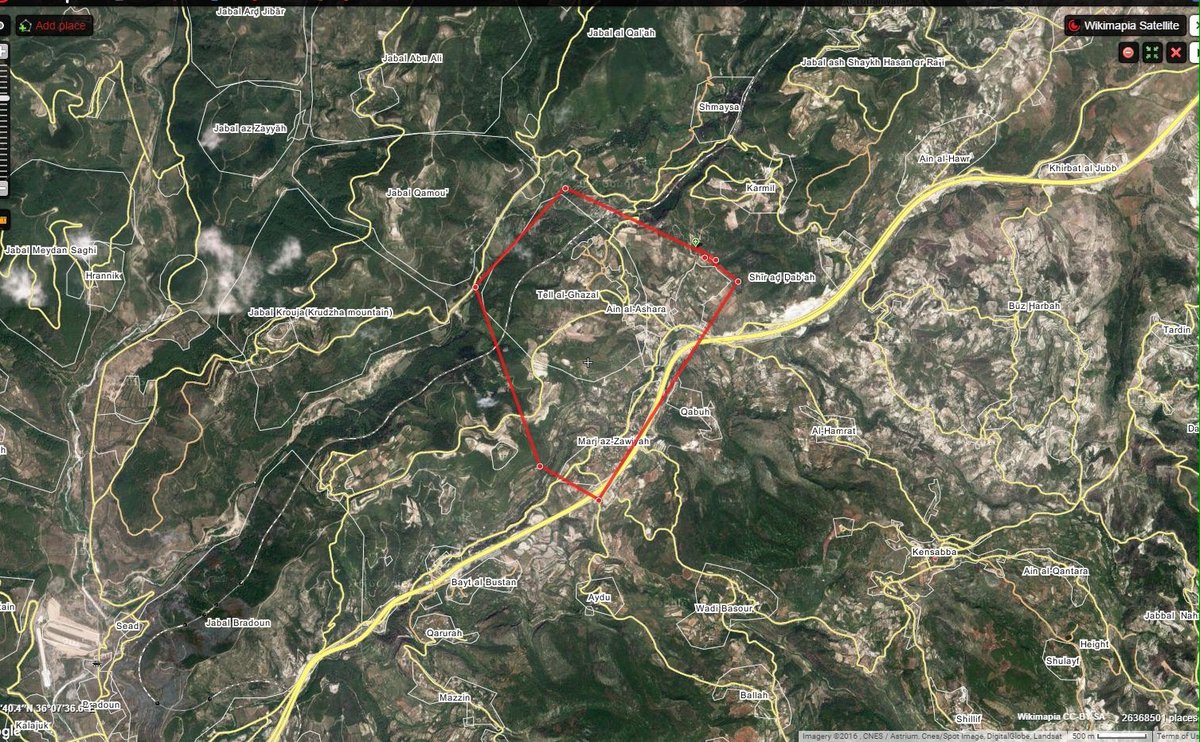 A Sisyphean effort it seems.

I think that we should respect the fact that the Syrian Army is professional enough to know when to retreat from exposed positions (now matter how minor it may seem) in order to avoid high causalities. As tedious as it may seem. ground can always be recaptured. In the case of Syria, sometimes you just have to wait several days for the Jihadist’s stimulant drugs to ware-off.

They used to have the town of Kinsabba almost entirely surrounded a couple of months ago. Only the northeastern routes leading into town were still under terrorist control. Then, some thousand jihadists arrived from turkey and began pushing the republican guard away from the town’s north flank. Tough times.