On January 30 morning, the Syrian Arab Army (SAA) reached the outskirt of the city of Saraqib in the southeastern Idlib countryside after imposing control of several towns in the region.

The army captured the towns of Kafr Battikh, Tell Mardikh, Jawbas, Qomhane, Hatamiyeh and Tell Dibs to the west and southwest of Saraqib, after a few hours of clashes with al-Qaeda-affiliated Hay’at Tahrir al-Sham (HTS) and its allies. 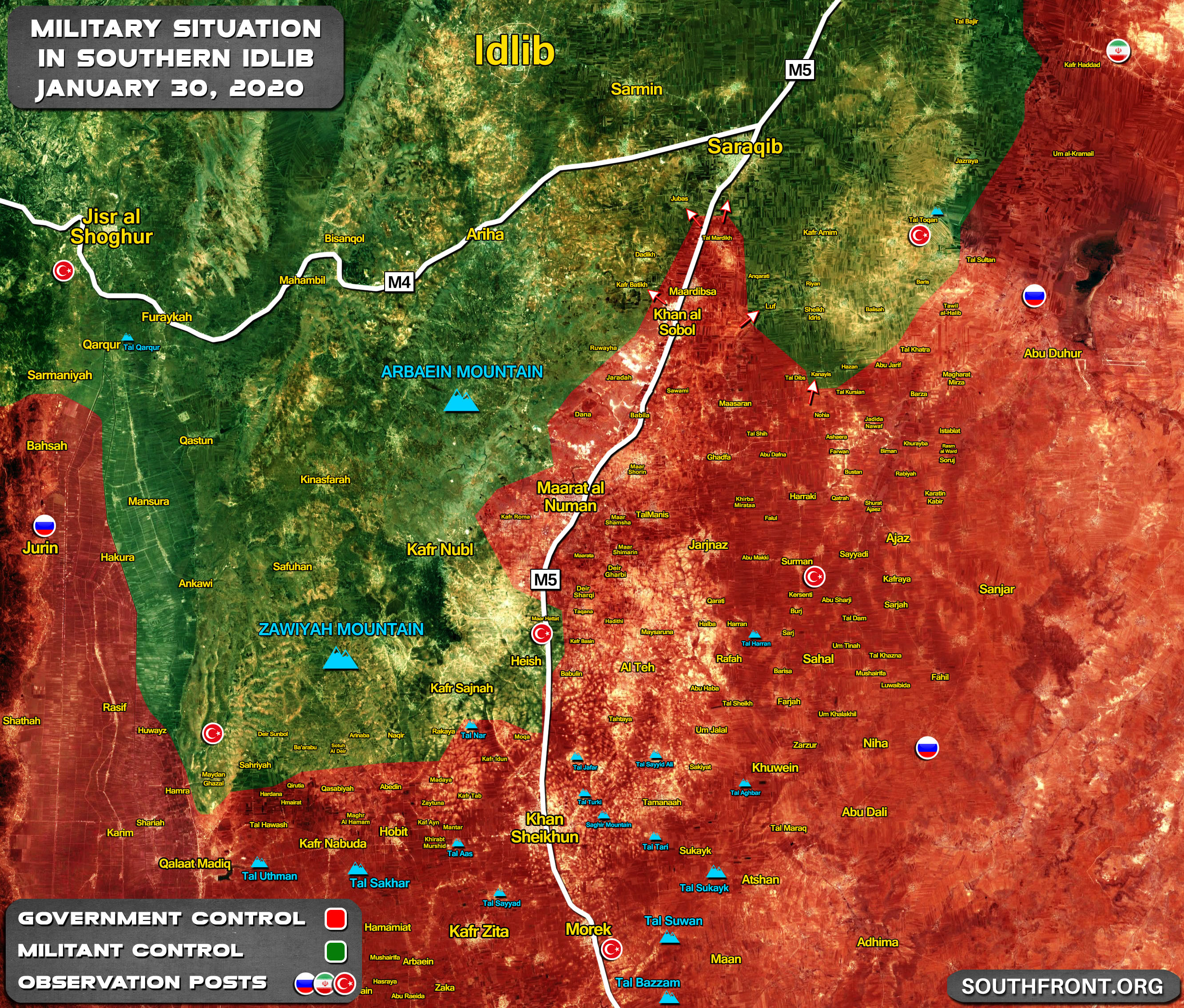 SAA troops are now 3 km away from Saraqib’s city center. The city, which is located on the M5 highway, is the current target of the army.

Militants positions along the M5 highway, which links Damascus with Aleppo, appear to be on the brink of complete collapse. HTS and its allies are reportedly sustaining heavy losses in their futile attempts to stop the SAA.

Brilliant! :D I knew a massive punishment would be coming soon for the jihadi terrorist scum.

The city of Saraqib controls two very important highways in the region. To slow down and prevent the movement of terrorists between the surrounding regions, SAA needs to take this city. To hell with all the propaganda, civilians in the city of Saraqib have long suffered under terrorists and want to be liberated by SAA. (as well as all other cities and villages under terrorist rule).

cut off supply from the turkish fckers…..

I don’t know who I love more – SAA or Paw Patrol!