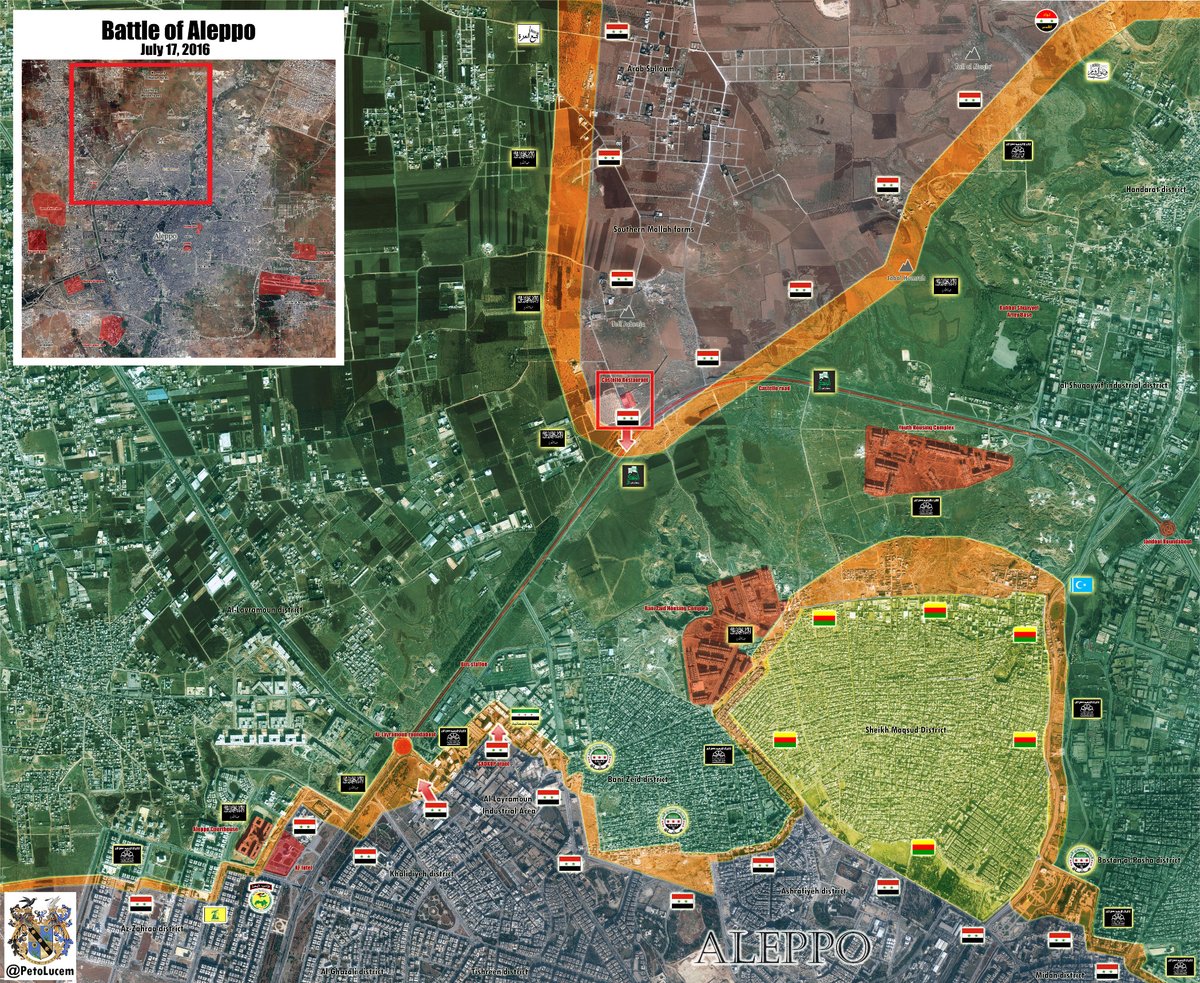 Today, the Syrian army has made significant steps, leading to the full encirclement of militant-controlled areas of Aleppo city.

First of all, the Syrian army’s Tiger Forces successfully repelled all militant advances and reached the strategic Castell Road south of Mallah Farms. This allowed the pro-government forces to set fire control over the Shuqeif Industrial District and Youth Housing Complex. A part of Handarat Camp is also reachable for teh government artillery, now.

Separately, the Syrian army has set fire control over Layramoun Roundabout, aggravating significantly the militants’ calabilities to counter attack in the area.

Now, when the Castello Road is fully cut off, pro-government forces will likely advance further in the direction of Bani Said in an attempt to tighten the siege and link with Kurdish YPG units that seek to seize Youth Housing Complex.

If these moves area done, the militants’ chances to lift the siege from their allies in Aleppo city will become minimal.

really love this news of SAA advance……………..kill all the mosquitoes . Leave none