On November 10, Syrian Arab Army (SAA) artillery and rocket launchers shelled ISIS fortifications in the area of al-Safa, which lays between the Damascus desert and the governorate of al-Suwayda, according to several Syrian pro-government sources. The shelling was reportedly the most violent since the beginning of the army operation in the area two months ago.

A source in the SAA, who is currently deployed around al-Safa, told SouthFront that the shelling is a part of ongoing preparations to launch a new ground attack on the terrorist group positions in al-Safa. According to the source, the attack will begin in the upcoming few days.

A day earlier, the SAA repelled an attack by ISIS fighters on some of its positions around al-Safa. Seven personnel of the army and three fighters of the terrorist group were reportedly killed during the clashes.

The SAA failed to make any significant advance in al-Safa during the last two months due to the area’s rough terrain and the bad weather conditions. However, the army’s heavy fire power may change this situation.

Yes, SAA should take their time and light that volcanic area on fire first. :) 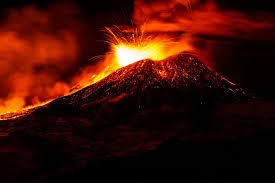 Slow and utterly pathetic, i would’ve expected better, the offensive is going on for more than 3 months on a tiny enclave surrounded by Russian special forces iranians and SAA, Utterly pathetic and incompetency

Have you seen the Gullies, Ravines, Canyons, Gorges & Rocks….Perfect Ambush Terrain…. Better a Siege….Let them starve until they meet their 72-Year Old Virgin….in the meantime Bomb the fuck out of’m….

From where the hell are encircled forces getting the manpower and logistics to mount local counterattacks? I can understand a breakout attempt. I can’t understand squandering.

Al Tanf I would think .

US base at al-Tanf and the US controlled refugee camp nearby – provides US protection for all militant factions operating in area and equally provides protection for all trucks illegally crossing over border from Jordan containing all manner of ‘aid’ material.

About time, but use the Father of all bombs – that’ll do it.

Yes, it would be a good demonstration if Russian firepower as well :)

I am thinking thermobarics would work fine in this terrain if a small cave area is spotted.

it’s an experimental bomb, it never entered active service but it was tested, probably to evaluate some technologies contained in it in order to develop other similar munitions.

Ok, whatever it is the Russkies have, test it here.

this is rather msm.

what the Russians “tested” in Syria is mostly already in service equipment.

but the whole “testing” argument is another point made up by ziosaudist paid garbage msm.

when the US uses military devices for the first time in combat, nobody ever talks about them being “tested”. See the F-35 case.

but the evil Russians with their evil president “use Syria as their private playground for testing equipment”.

We are talking Al-safa and Idlib, that is all. Clam down John, we are on the same side.

BUT, we must insist a live video is available to all.

When they’re done beating the hell out of them here, I hope they follow the ones that escape all the way back to Al-Tanf.

I hope they follow the ones that escape all the way back to Washington.

“the army’s heavy fire power may change this situation,” Yes, there is a big MAY. SAA tactics really deserve a deep clean up. Excuse for the inefficiency are thousands.

Why don’t you enlighten us there military genius. Don’t you know that the Syrian Arab Army are trying to spare the lives of all the civilian hostages ISIS has with them. Its a delicate operation. If not for that, the SAA would have seized the area months ago.

The use of mortars and light artillery is obviously most effective in this situation, particularly when combined with drones for forward observation. The strategy of allowing them to re-deploy takes a great toll on the enemy. This is a good place to decimate the Caliphate.