Attacks on defense lines of the Jaysh al-Islam terrorist group have been continued by the Syrian Army and the National Defense Forces near the strategic city of Douma in Eastern Ghouta. As result, terrorists suffered heavy losses. 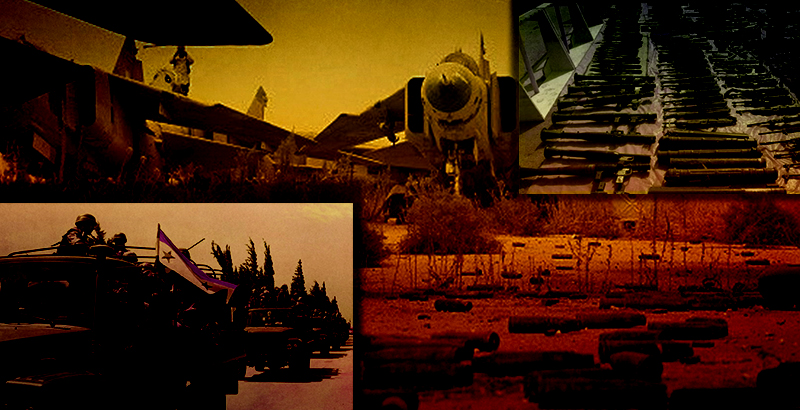 The Syrian Army and the National Defense Forces (NDF) continued to attack defense lines of the Jaysh al-Islam (previously known as the Liwa al-Islam) terrorist group near the strategic city of Douma in Eastern Ghouta. As result, terrorists suffered heavy losses.

Fierce clashes between Syrian soldiers and terrorists of the Jaysh al-Islam group broke out in the region of al-Reihan and along a road connecting Tal Kurdi and Douma.

At the same time, terrorists’ centers near al-Shifouniyeh town were hit by Syrian troops. As result, more positions were captured by the Syrian Army. Heavy fighting between Syrian soldiers and terrorists also took place at farms around the towns of Jesrin and al-Mohammadiyeh.

Meanwhile, the Syrian Air Force played a crucial role in driving terrorists away from their positions in Eastern Ghouta.

As military sources reported on Monday, in recent days, significant advances in the fight against Jaysh al-Islam terrorists were made by the pro-government forces, which were also preparing to take another important move in order to complete a siege in the region.

According to the sources, during the last attack of Syrian troops on the region of al-Reihan, terrorists suffered heavy losses. They also added that the Syrian Army and its allies resolved to capture Tal Kurdi and al-Reyan regions in order to cut supply route of terrorists to Douma, as well as to complete the siege on the terrorist group in Eastern Ghouta.

The sources also added that while the Syrian ground forces stormed positions of terrorists in the region of al-Marj, terrorists’ gatherings near Arbin town, located between Douma city and al-Shifouniyeh town, were pounded by Syrian fighter jets.