The Syrian Army is preparing for a large-scale offensive against the Islamic State terrorist group in Deir ez-Zor. 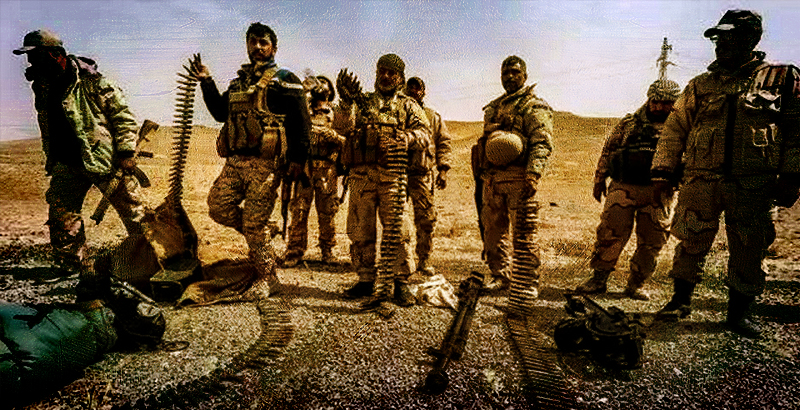 According to last reports, Syrian troops, deployed in Deir ez-Zor, have been reinforced by fresh forces and advanced military hardware, as they are preparing for a large-scale offensive on positions of terrorists of the Islamic State (IS) group in order to recapture lands in the region, which are currently under control of the terrorist group.

Reportedly, in recent weeks, a large number of military equipment arrived to the Deir ez-Zor military airport from Qamishli, located in northeastern Syria, in order to boost combat capabilities of the Syrian Army and allow it to launch the operation against the IS in the region.

According to the al-Hadath TV-channel, experienced commanders of the Syrian Armed Forces also were dispatched to Deir ez-Zor. They will head the offensive against the terrorist group in the region, which should be started in coming days.

In late January, it was reported that a large number of Syrian troops and the popular forces were transported to Deir ez-Zor by the Syrian Air Force in order to reinforce army’s units, which already were deployed in the region. The reinforcement was dispatched to the Qamishli airport by the Russian-made IL-76 planes and then to Deir ez-Zor city by the MI-17 helicopters. At that time, it was reported that several hundreds of Syrian soldiers should arrive in the province in the near future and join Syrian troops, fighting against the IS in the region.

Been waiting for this. Much better than attacking them in Palmyra!

In my view they must do both. Deir ez-Zor is critical strategically where Palmyra more for pride, morale, the global political picture and future security or the region.

Why not attack them in Palmyra? Here’s why. What’s ISIS gonna do much there – most of the local population has left – it’s literally empty of civilians. Many of the monuments have already been destroyed – I wonder if apart from ISIS, also other parties share an interest that after the war Syria would be less attractive for tourists. Tourism has been significantly on the rise in Syria before 2011. One of the main reasons for ISIS going there in the first place was to destroy Syria’s cultural heritage. Just as the Iraqi cultural heritage has been ransacked by … yep. US & British invaders (& after the Iraq war ISIL of course). But that’s another story. In order to keep Palmyra, ISIS needs to support their fighters there. With the SAA & allied forces putting pressure on Deir Ez Zor and YPG & Turks on Ar Raqqa and Al Bab, ISIS likely will try to pull fighters back from Palmyra to Deir Ez Zor but moreso to Ar Raqqa. If they do, they’ll become easy target crossing the desert. If they don’t, it’s just a matter of time the Palmyra fighters’ morale will drop. Therefore, all that the SAA should do around Palmyra is hold position and maybe do some random attacks just to keep ISIS busy – but focus on Deir Ez Zor.