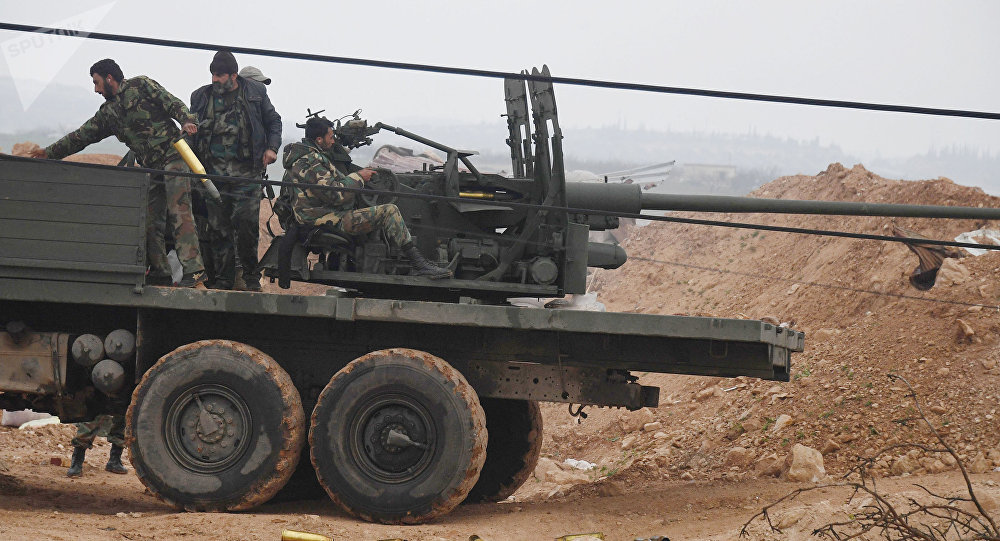 The Syrian Arab Army (SAA) and the National Defense Forces (NDF) have opened a new front against ISIS terrorists in the province of Hama, according to pro-government sources. 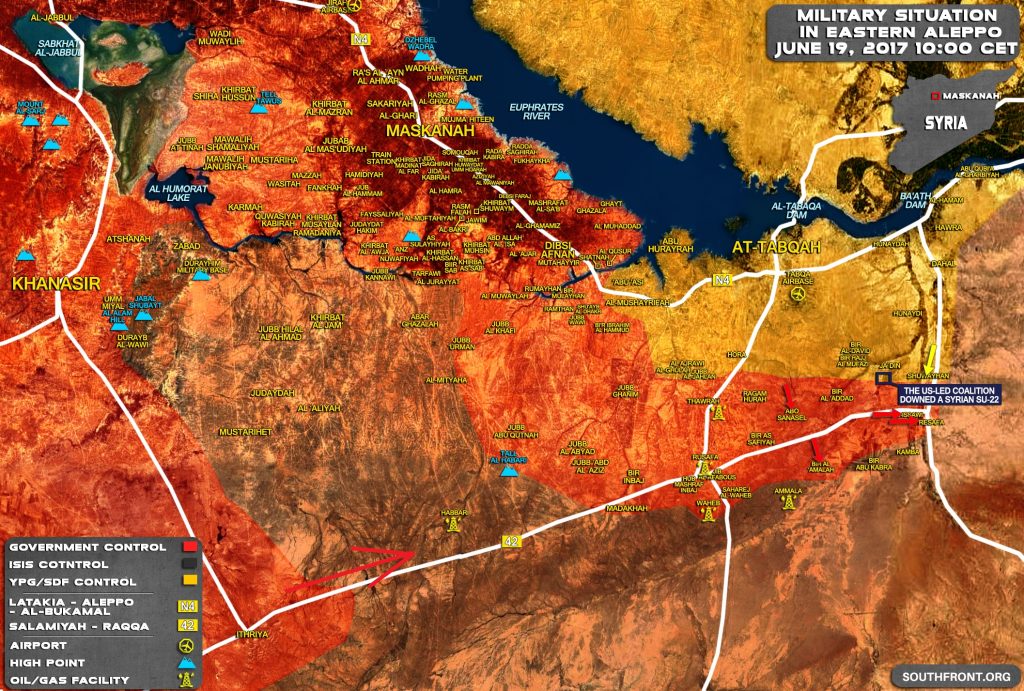 If government troops advancing from Ithriyah link up with their allies south of Tabqah, they will secure the vital Ithriyah-Resafa road and to strengthen positions of the SAA in the western part of Raqqah province.

At the same time, this will allow to clear the area east of Khansir from the vestiges of ISIS forces in order to boost security of the strategic Ithriyah-Khanasir-Aleppo road.

I wonder why they didn’t do this a week ago. Better late then never I guess.

One has to plan and resupply for such operations especially when resources are stretched. Real warfare is not the instant gratification of current US tacticians. Strategy seems to be absent from US planning in all theatres of war they are acting in these days. Effectively lots of US bluster and bugger all to show for it except failure. Long may that trend set in the Vietnam war continue for the US

I dont agree. They have with a small force as SDF taken 20% of the ISIS land and interrupted others hard by many small needles.

I cant see the plans are so bad and certainly not are comparable to anything Vietnam.

They also only are a part of the big alliance against ISIS and has stopped almost all kind of growing of it according to Syria & Iraq.

I think You see USA as wishing to bigger there then they wish. Target nr 1 after ISIS still will be to remove or reduce Assads. But that has become faze 2.

Oh well, such is life. I guess you are from one of the Nordic countries that last had any military relevance in the Middle Ages.

If SDF wasnt there SAA had hardly reached the outskirts of Al Bab.

Is SDF doing great job that defeating ISIS? Both SDF and ISIS are fighting with each other for Syrian precious land, to take it from Syrian nation. SDF are more dangerous than ISIS.

Syria, Iran, Iraq, Hezbollah, Palestine, Turkey and Russia should have to focus on both SDF and ISIS because both are proxy terrorists, land grabbers and equally dangerous to Syrian nation.

Yeah but so is Turkey (one of the enemies). :P So strategically the enemies are known but tactically they can change…

Turkey hates Assad because of unknown reasons but they hate kurds more. They would choose Assad hundred times over kurds.

So far SDF are liberating from ISIS because SAA hasnt been their for years.

Obviously, it is not easy move. Local tribes and hard terrain are big obstacle here.

One more reason to start that important step.

Qatar made it clear this is Turkey and Saudi plan to create FSA and SDF To work with USA.

This would be good. While: too many enemies behind your back + American “allies”, like FSA “freedomfighters”, plus “half allies” like Kurdish SDF at the left flank. If even one our Russian division would be there…but Wish success to SAA.

Nice picture! This is what i believe will happen!

Look at the map of the advance.. Once those forces proceeding eastward link up with the Tiger forces operating southbound, they will have trapped thousands of US ISIS forces northeast of Ithriyah… And at the same time link up and reinforce the Tiger forces for their advance to both isolate the Kurdish forces in the north and push to relieve Deir Ez-Zor….

It is no wonder the criminals in the US are now desperate enough to push their fraud Kurdish “allies” to now create incidents along the SAA/SDF buffer zone, and of course shoot down that SAA fighter aircraft… They want this to escalate to try to save their fraud ISIS’s asses!

Riza Hadu of the “Syrian Democratic Council” ( Kurdish ) made a statement claiming , that SAA’s version of events was correct , and that “the US is trying to deteriorate relations between SAA and the SDF “.

You are a joke. Blind on your knees and high socks.

Why you do not repeat your bullshit among russians? Are you a fucken coward? Try it and enjoy the fists in your jewish ass.

the ISIS are defended by USA under SDF pseudonym

Wherever American troops are involved worldwide they are producing bullshit!

umm this is wrong, i think hama pocket first or at least 2 divisions advancing together.

Anyway taking land is not a problem, keeping it is. The more land, the more units you need for checkpoints and forward bases, and the SAA isn’t the best at defending and most of its troops are not elite. Then again, no better time to do this than now, when isis is crumbling. WIsh them best of luck.