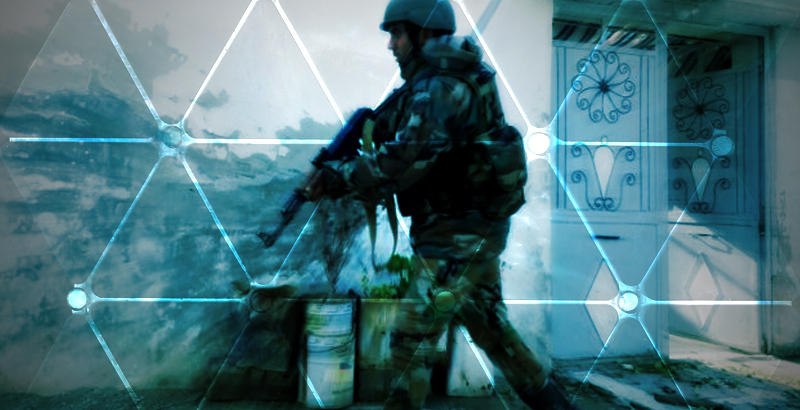 AlMasdarNews reports: The Syrian Arab Army (SAA) made several important gains in the Deir Ezzor Governorate on Friday, liberating a number sites from the Islamic State (ISIS) at the cemetery, factories area, and landfill.

Backed by Syrian and Russian airstrikes, the Al-Qassem Group and 104th Airborne Brigade of the Republican Guard barreled through the Islamic State’s defenses on Friday, cutting off the terrorist group’s supply lines to the cemetery.

Meanwhile at the Deir Ezzor Landfill, the Al-Qassem Group and 123rd Brigade finally established a strong presence at this site after several days of fighting with the Islamic State terrorist present in this area.

As a result of their recent gains, the Syrian Arab Army has managed to end the Islamic State’s assault on Deir Ezzor Airport’s northern flank, leaving only the hills overlooking this area under the terrorist group’s control.

Suppy lines to the cemetery? New crop of corpses, the dead are eating?

No this is not nice, sorry. Could not help myself.

In a more serious note. While joining the two seperately besieged areas into one besieged area is an improvement, the fact is it remaines besieged and it seems to me the airport remains inoperable.

The consequences of this are that the strategic and tactical position of SAA remains very dire and the populaton still gets only part of the food they need.

When is the SAA and Russia going to do somehing beyond bombing and dropping some food and ammo?

Maybe in the summer they will reach DeZ from Palmyra ….

A plane has fallen on the cemetery. In the news: – we found already 5423 corps, but we will continue in efforts.

The situation has been improving in the last week.ISIS offensive have slowed and probably ended.Even if all gains by ISIS are reversed there needs to be something done because another ISIS offensive will come

The isis offensive here has been wasted. They spent a lot of materiel. And it will be denied to them where they need it, in raqqa.

It’s almost like they have abandoned raqqa with a Skeleton force to keep the illusion of strength with all these offensives.

OR, they could be confident because they are getting and endless Stream of supplies and recruits from some foreign sponsor. Someone very rich, like Gulf countries.

They have lots of forces in Raqqa.

waiting for a Kurdish offensive. Doubt they have the time to send thousands of troops to reinforce their Dier Ezzor and Palmyra front. Though forces in iraq can send troops.