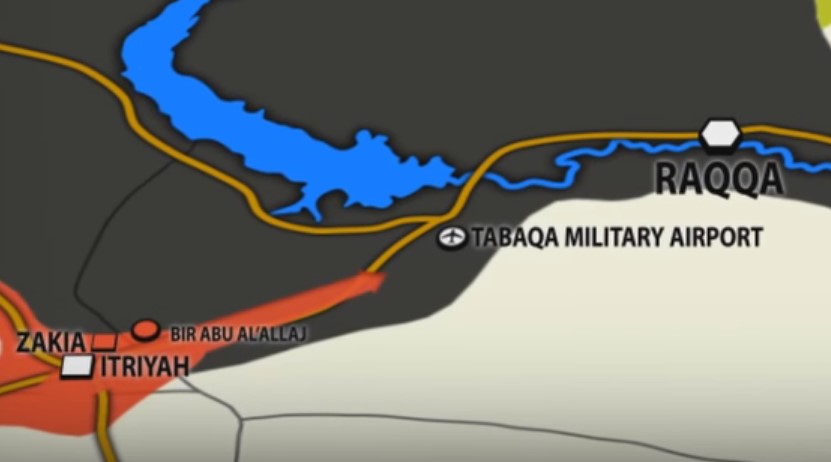 The Syrian Arab Army and its allies, supported by Russian warlanes, are advancing on ISIS positions near the Tabaqa military aiport in the western part of the Raqqa province.

Accorind to reports, the pro-government forces have seized more aread at the Southwestern side of Assad lake and now are on about 25 kilometers to the strategic military airport. The Russian and Syrian air power have player a crucial role in these advances.

However, these reports haven’t confirmed with evidences from the ground. Earlier, pro-government sources reported hat Syria troops had captured from ISIS the al-Rasafeh crossroad, 18 km to the Tabaqa military aiport.

They need to blitz into Raqqa quickly. Within 4 days, catch them off guard before the Mossad and Mi6 are able to drops lots of advanced weapons to thwart the attack on ISIS command.