The Syrian Arab Army (SAA) and militants in the northwestern region of Greater Idlib exchanged fire on July 17 and 18.

According to the London-based Syrian Observatory for Human Rights (SOHR), militants shelled army positions in the towns of Furu, Bahsa and Beit Hassno in northwestern Hama late on July 17 with heavy machine guns and rocket-propelled grenades.

The army responded to these provocations by shelling militants’ positions in the towns of al-Bara, Kansafra, Sufuhon, Fleifel and Fatterah in southern Idlib early on July 18.

“No information on any casualties has been received, so far,” the SOHR’s report reads.

Earlier this week, the SAA and Russian forces shelled dozens of militants’ positions in Greater Idlib in response to the July 14 suicide attack. Three Russian service members were injured in the attack which targeted a Russian-Turkish patrol on the M4 highway.

In the last few weeks, Greater Idlib militants stepped up their attacks. The SAA and its allies respond by up-scaling their strikes on the region.

Under the March 5 agreement Turkey has to neutralize the remaining terrorist groups in Greater Idlib. However, Ankara is turning a blind eye to their provocations. This could soon lead to a serious escalation in the region.

“Turkey committed under the March 5 agreement to neutralize the remaining terrorist groups in Greater Idlib.” Turks thought the Russian’s were just joking when they put that part in the agreement, that was just for the laughs. I’m starting to think that the Russians really were joking lol.

I’m quite sure that President Putin will be taking the attack on his troops in Syria very seriously. Turkish backed terrorists in Idlib should be careful. Should the Russian admin take off the kid gloves their little caliphate of hate would disappear in days. Russian forces have fought terrorists like those in Idlib before, in Chechnya and Georgia.

I want to read about Villages Liberated by SAA: 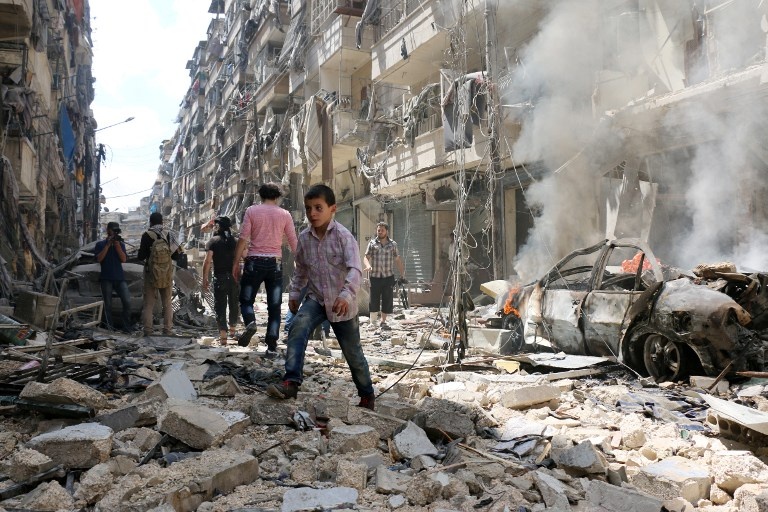 This attack and any future attack on Russian forces will only lead to one certainty. The Russian admin will take it upon themselves to ensure the security of their troops, and there really is only one way that can be achieved.

Just as Mussolini tried to hang onto the coat tails of Hitler for prestige, so erdogan tries to do the same with nato. Mussolini didn’t have a friend in the world by the time he was executed in Giulino di Mezzegra.