The Syrian Army has managed to liberate part of Al-Manshia neighborhood in Daraa city from terrorists of the Jabhat Fateh al-Sham group. 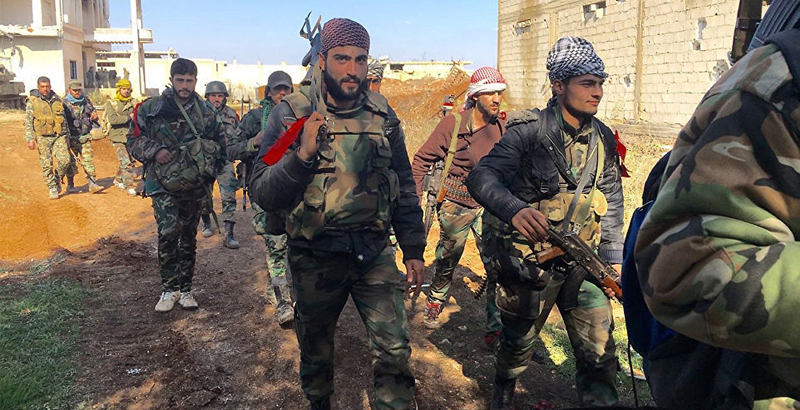 On Saturday, the Syrian Army managed to knock out terrorists of the Jabhat Fateh al-Sham (previously known as the al-Nusra Front) group from part of the territory of Al-Manshia neighborhood in the city of Daraa, the RIA Novosti news agency reported, citing an unnamed informed source at the scene.

According to the news agency’s source, currently, the government forces are conducting intense fighting in Daraa with armed formations of Jabhat Fateh al-Sham. The source also noted that the enemy is suffering significant losses in the manpower.

The city of Daraa, located to the south of Damascus near the border with Jordan, is controlled by the government forces. Illegal formations, mainly belonging to the Jabhat Fateh al-Sham terrorist group, hold a number of settlements, located to the north and west of Daraa, including a border checkpoint.

In February, militants launched a series of attempts to attack positions of the Syrian Army in Daraa city in order to knock out the government forces from there. Terrorists of the Islamic State (IS) group took advantage of the situation and started to attack villages, captured by the al-Nusra Front between Daraa, the Golan Heights and the Jordanian border.

The IS and Jabhat Fateh al-Sham terrorist groups are not subjects to the armistice agreement, which entered into force all over Syria on December 30, 2016.

They must be calling to Israel for help.

Scrap the stupid “armistice agreement”; and wipe out all the terrorist groups in the area for good.

Daraa offensive was so stupid by the rebels . Why they did it

They must have been looking for some civilians to rape and murder.

Possibly . Damascus was the same . This is not about turning the tide . Their offensives ended with 2 defeats and around 650 rebels dead

how many of them u think are left?

I imagine the rebels were hoping to seize territory that would become bargaining chips for future negotiations.

Have you noticed that ES is taking all the territory north of Aleppo after government withdrawal?

What territory. The only place where SAA withdrew is Tadef . You were the guy saying Damascus will probably fall – right ?

The Arab Spring has took place in Russia too http://www.bbc.com/news/world-europe-39398305 https://www.almasdarnews.com/article/video-anti-corruption-protests-takes-place-across-russia-many-arrested-in-vladivostok/

russia is corrupted. for this the people do not need madam nuland

pff not really, Navalny is a joke lol.